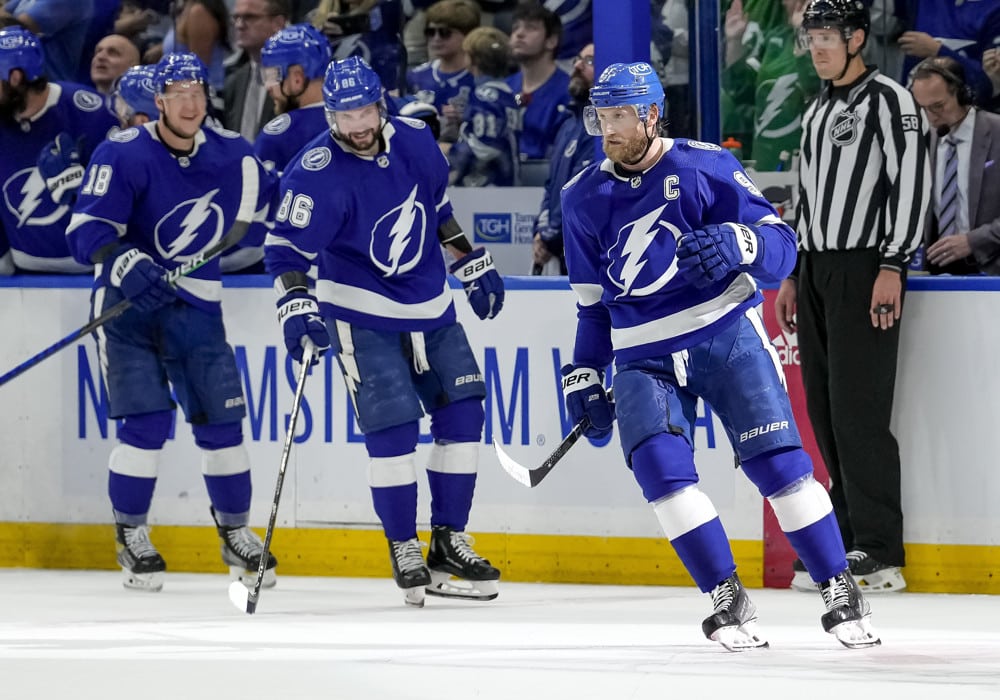 The Stanley Cup Final is here! The Colorado Avalanche will challenge the two-time defending champions in the Tampa Bay Lightning. NHL fans are watering at the mouth over this matchup; we get the team that’s won the Cup the past two years going against an offensive juggernaut in the Avalanche. The Tampa Bay Lightning are on the precipice of making history and installing themselves as one of the best dynasties in modern hockey. The Avalanche, on the other hand, are pursuing their first Stanley Cup since 2001.

Colorado took care of business in the regular season versus Tampa Bay. The Avalanche went 2-0 and outscored the Lightning 7-5 across the two regular-season matchups. The Cup Final is certainly a different vibe in terms of intensity; I don’t expect either team to flop in this series. However, the Colorado Avalanche is the team favored to win it all. So let’s break down the series and see where we can find value before the puck drops in this historic matchup.

Stanley Cup Final Predictions – Avalanche vs. Lightning: How they got here

The Lightning’s path to the Stanley Cup Final began two years ago when the team won the first of their back-to-back Stanley Cups. I say this because this team has won 11 straight playoff series played. The Lightning have not lost a playoff series since the 2018-2019 season. The series defeat came in the first round by the Columbus Blue Jackets. It’s crazy to think this team is the underdog in the series!

Tampa Bay enters this Stanley Cup Final with a 12-5 record through 17 games played in this year’s playoffs. The team has 52 goals scored, with 41 goals allowed; that’s an 11-goal differential in their favor. The Lightning are currently on a four-game winning streak as they rallied from their first back-to-back losses in the playoffs to the New York Rangers.

The club faced challenges early with an extended seven-game series against a young Maple Leafs team. Toronto pushed Tampa Bay to their limits and provided a great test to start the playoffs. The Maple Leafs outscored the Lightning in that series 24-23. The over would cash in five out of seven games in that series. The only games that hit the under were game one when the Maple Leafs won 5-0, and game seven, when the Lightning won 2-1. The Lightning were only favored to win their home games in the first series, which could be a similar theme in the Stanley Cup Final; the team is 7-1 at home in the playoffs.

The Tampa Bay Lightning would make quick work of the Florida Panthers in the second round. The Lightning swept the Panthers and outscored them 13-3 across four games. The Tampa Bay defense and Andrei Vasilevski put on an absolute show. Vasilevskiy stopped 151 of 154 shots in that series, including a 49-save shutout in game four to advance to the Eastern Conference Final.

The Lightning opened up the Conference Final in shambles, dropping their first two frames on the road in New York. That was the only time the team would lose back-to-back games in the playoffs. Tampa Bay was outscored 9-2 through games one and two. However, they would outscore the Rangers 12-5 through the next four games and crawl back into contention for their third straight Stanley Cup.

It’s the moment you’ve all been waiting for… pic.twitter.com/zMyQ1mpIxK

The Colorado Avalanche have been on the warpath this postseason. They’ve destroyed the competition by scoring 65 goals with only 40 goals allowed through 14 games played. That’s a 25-goal differential; the team is averaging 4.64 goals per game this playoffs; that’s a record high that goes back 30+ years. The team seems unbeatable as they enter the Stanley Cup Final with a record of 12-2 in the playoffs and a league-high three overtime wins.

The Avalanche entered the playoffs against a lowly Nashville Predators team. Nashville never stood a chance in that series. Colorado opened the playoffs with a 7-2 victory, signaling that this would not be any ordinary playoffs. The Avalanche would outscore Nashville 21-9 and quickly roll into the second round against a surging St. Louis Blues team.

The St. Louis Blues played valiantly against the Avalanche, even defeating them in two games on the road in Denver. However, the Blues, like most at the hands of defeat vs. Colorado, were not deep enough to fight against the endless waves of speed, physicality, and offensive pressure. The Colorado players are living up to the brand name this season! The Avalanche would outscore the Blues 22-18 in a tighter series, but I don’t believe anyone blinked at Colorado; public money never shifted in favor of the Blues.

The Avalanche would round out the playoffs with their sweep of a deadly Oilers team. The Oilers brought the same level of offense to the table but couldn’t muster enough on defense to hold off Colorado. That was Edmonton’s M.O. these playoffs; sure, they could score, but could they play at both ends of the ice. The Oilers, like Colorado, scored 65 goals this postseason. However, they also allowed 59 goals and only earned a 6-goal differential. Whenever the Oilers went up and had a surge or a strong period, the Avalanche would rally and take back the game or momentum. The Avalanche would outscore the Oilers 22-13; it was never in question who would come out of this one.

While the Tampa Bay Lightning have a lot of experience and talent, I cannot bet them to win this series. The Colorado Avalanche are the better team from top to bottom. The Avalanche matchup well at every level and offer a more well-rounded attack at both ends of the ice. The most significant advantage Tampa Bay has is their goaltending. Still, I can’t buy that Andrei Vasilevsky will be enough to win this series, not against an offense as prolific as Colorado’s.

The Avalanche are 12-1-1 in the playoffs and are undefeated on the road. While Colorado did drop two games at home, one of those losses came in overtime. Tampa Bay is just 5-4 on the road; we saw them put themselves in the danger zone in the Eastern Conference Final; they can’t afford those mistakes in the Cup Final. I like the Avalanche to take the series in 5 games; that bet will get you odds of +375 at Wynnbet.

Another prop to attack based on this prediction is taking the Avalanche -1.5 games on the Series Spread. Even if the first few games don’t go my way, the Avalanche could still seal a 4-2 series victory in game six. I would bet money this series doesn’t go to game 7; everyone is saying that Tampa is better than they appear and that they should have the edge based on experience. However, this Avalanche team is a relentless force; they’re too fast, too physical, and overall just too overpowering to defeat in 7 games, let alone six or less.

I also like Cale Makar for the Conn Smythe Award; he leads the Avalanche with 22 points backed by five goals and 17 assists. He’s been their best player in the playoffs; he’s averaging 27:05 minutes per game and has his hands all over the attack on offense and defense. Nathan Mackinnon could challenge him for the award with a strong series; he has 11 goals and seven assists this postseason. So, if you believe that Colorado will take it all, I recommend hedging Maker and Mackinnon for the award.