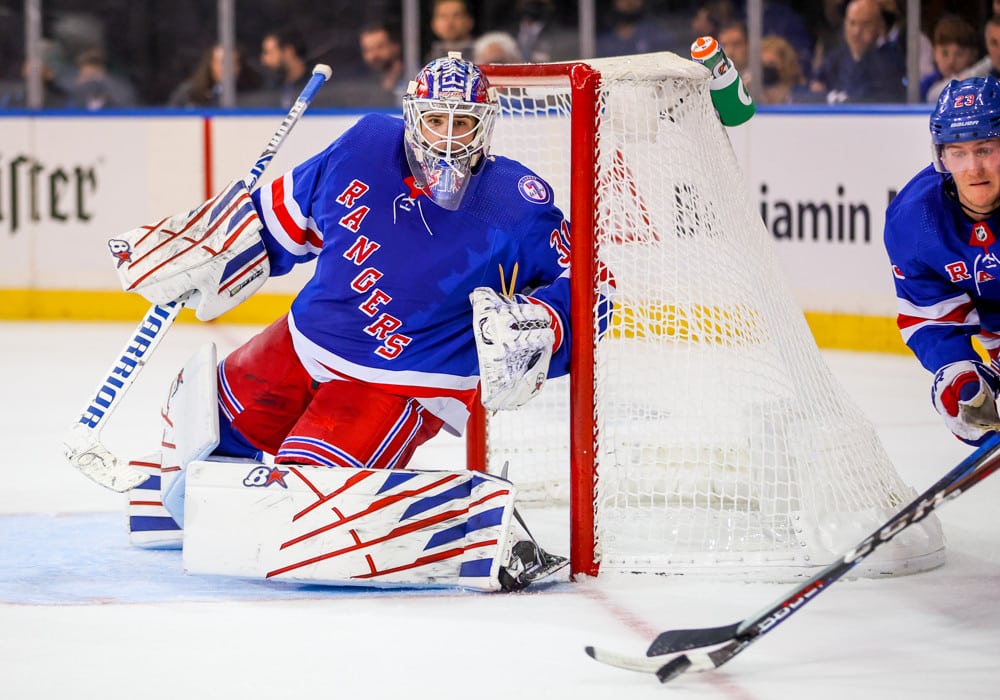 The New York Rangers are one of the pleasant surprises in the NHL this season with goaltender Igor Shesterkin among the favorites for the Vezina Trophy, Adam Fox in the running for the Norris Trophy again, and a few team futures bets in the mix as well.

Sports betting opened up in New York a few weeks ago and now the New York Rangers are back in action after a few weeks off. WynnBET launched in the great state of New York recently and there are plenty of chances for you to get some money down.

The Blueshirts started out the season with a good record in October, going 6-2-1 including 5-1-0 on the road. They kept that up in November, going undefeated in four home games and 3-2-2 on the road for a 7-2-2 record that month and 13-4-3 record through 20 games.

Things slowed down for the Rangers in December and January. They went 7-4-1 in December and just 9-5-0 in January. Their main struggles were on the rod with a 3-4-0 record away from Madison Square Garden to open the new year. However, they’ve won both of their games in February against tough opponents. The Rangers beat the Panthers 5-1 on February 1st and beat Boston 2-1 in a shootout on the 15th.

According to Power Rankings Guru, the Rangers have the 13th-toughest strength of schedule remaining this season.

Fox won the Norris Trophy last season with 74.3% of the vote. He received 40 first-place votes with Cale Makar behind him at 31. Fox led all defensemen in points last season with 47 thanks to a defensemen-high 42 assists (as well as five goals).

Shesterkin to win the Vezina Trophy is the better bet, but Fox is worth a look for the Norris Trophy at +500.

The Rangers are in the mix in the Metropolitan Division and +475 isn’t a bad price for them. They’re probably due for some regression, but Shesterkin is showing no signs of slowing down.

In that same vein, a red-hot Shesterkin could carry the Rangers far into the playoffs. +1500 and +3000 to win the East and Cup, respectively, are worth a look as well.