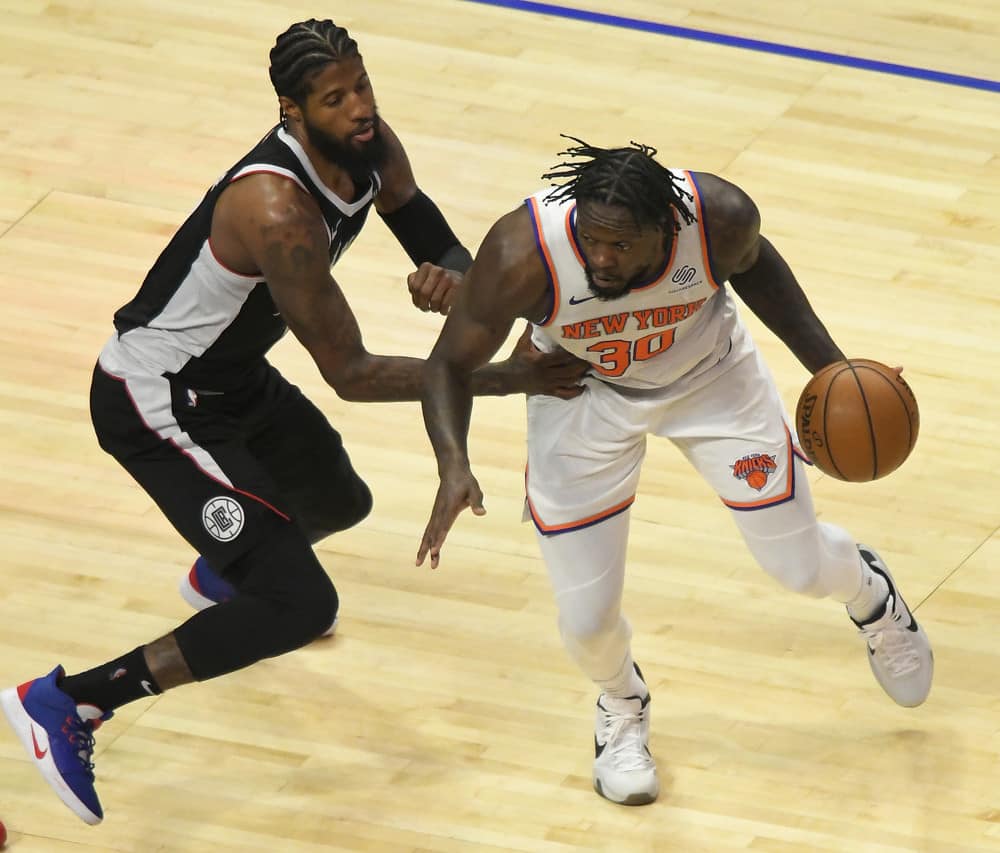 Welp…we’re just a few weeks away from the NBA All-Star game taking place in Cleveland. I didn’t think the Knicks would be in this position, but unfortunately, here we are. After finishing the 2020 season in fifth place in the Eastern Conference with a 41-31 record, I believed the Knicks would fair better this season…I was wrong! Currently sitting in 12th place at 24-29, many changes need to happen for a shot at the play-in game.

The addition of guards Kemba Walker and Evan Fournier hasn’t worked out at all, and I don’t see a scenario where both are on the roster after the trade deadline. This is disappointing since there were high hopes with these proven veterans joining the team. Not to mention, Julius Randle is a shadow of the player he was last season. The only bright spot has been third-year forward RJ Barrett. He has continued to develop each year in the league and is becoming a star this year. Barrett is averaging 18 points per game and can guard the best player on the opposing team as long as it’s not a center.

New York finally decided to get in on the sports betting action recently after allowing New Jersey to double-dip for the last few years. This is great news for New York City residents as they no longer have to spend money crossing the bridge or going through the tunnel to place a bet. Personally, I’d have to factor that into the bet I’m placing, but that’s just me. With 29 games still left to be played this season, there’s still time to get in on the action. Whether you’re betting the spread, moneyline, over/under, or player props it’s good to have a little sweat during the game. Unfortunately, we have no New York Knicks futures betting advice for player awards or stat accomplishments, or for the Knicks to win their division, because, well, none of these things are going to happen this season.

Last season, Tom Thibodeau won the Coach of the Year award, so we know he’s more than capable of putting a respectable lineup out on the floor each night. It just hasn’t happened consistently this season. Injuries have also plagued the Knicks this season, and they need Derrick Rose to return healthy to help out the backcourt. Lastly, the Knicks cannot afford to stay stagnant during the trade deadline. Moves must be made, and they have to be made now! You’d imagine the team would be sellers at the deadline, so wins the rest of the way this year may be even more scarce than they have been in the first half. By the end of this week, once the trade deadline passes, we’ll have a better view of what the Knicks have planned for the rest of this year and for seasons going forward.

The New York Knicks would like to trade Kemba Walker by the deadline, per @NYPost_Berman

“One NBA source said he doubts any team would be willing to give up anything beyond a future second-round draft pick for Walker.” pic.twitter.com/Mh7qCEU21v