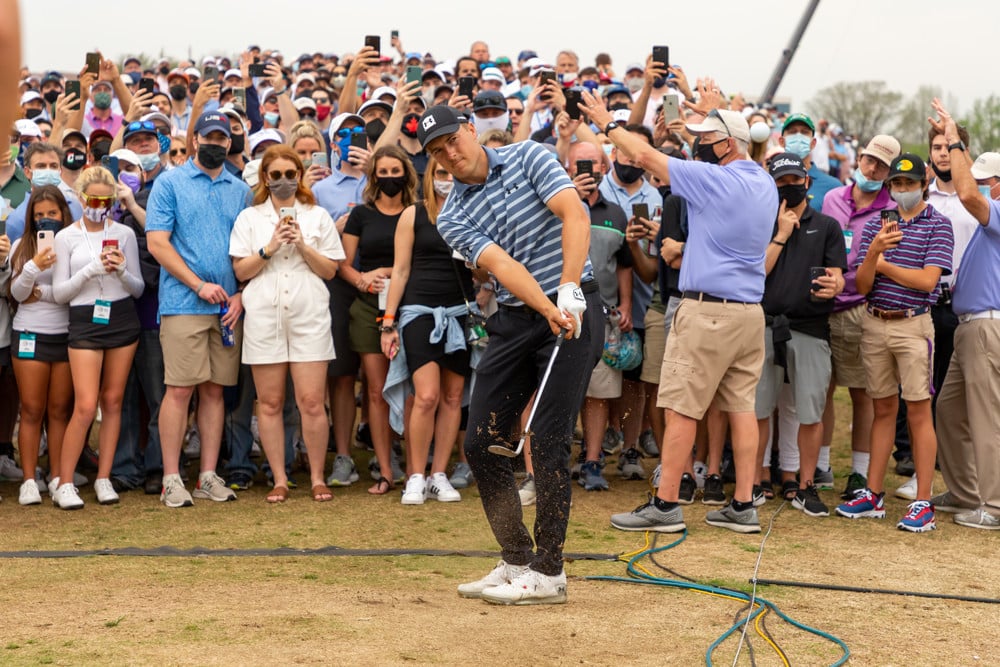 After watching the Pros destroy TPC Craig Ranch last week, as predicted, we turn to a course that will be a much tougher challenge. The Ocean Course at Kiawah Island Golf Resort is one of the most difficult tracks in the United States. The last time the PGA Championship was held here in 2012, the average score was over 74. Rory McIlroy won the event at 13 under par, with the rest of the field being 8 strokes behind him. We expect the winning score to be in the -7 to -10 range for this weekend at the PGA Championship. Here are some of the best PGA Championship DraftKings picks and plays.

The Ocean Course was designed and constructed by Pete Dye and opened in 1991 for the Ryder Cup.  The course is set along the Atlantic Ocean with waves visible from nearly every hole. There is no prevailing wind at Kiawah Island, so Pete felt as if he was designing two different courses at the same time; one into the wind and one with it. The Ocean Course is listed at 7,876 yards playing as a Par 72. The par 3’s are over 200 yards and the Par 5’s are around 600 yards. The holes are surrounded by the ocean, sand, and marshes; so hazards are always in play and a hole can get out of hand in a hurry. The fairways and greens are all Paspalum grass, an unfamiliar surface for most of the field.

To navigate the course players will need every shot in their bag, and the wind will definitely be a factor in their decision-making. We are looking for the best golfers this weekend; entering play in good form, with proven, battle-tested rounds in major events. The key stats for this week are driving distance (SG: DD), strokes gained around the green (SG: ARG), strokes gained total (SG: TOT), Proximity 150-200+, and Par 4 Scoring 450-500+.

We typically don’t like to go with the chalkiest players, but Spieth is playing too well to pass up. In his last five starts, he has four top 10s and a win at the Valero. Additionally, the way he is succeeding is what has impressed us so far.  Over his last 24 rounds, he has kept his normal great short gameplay but also ranks 4th in strokes gained on approach and 11th in ball striking. Length is important this week and ranks a respectable 54th over his last 12 rounds. Kiawah is known for high swirling winds and the length this week will put scrambling at a premium which is his specialty. With all of these factors, there is a good shot that Jordan is completing the career grand slam this week.

Big Dick Vik is coming into the PGA with great form and poise, ready to claim his first major victory. After securing the crucial second PGA win at OHL, he went on to finish top-5 at five of his next nine events. Over this recent stretch, he has gained over 7 total strokes to the field, virtually dominating the off-ranking 5th in the field over the last 20 rounds. The difficulty of this course should favor Viktor’s skill set as he ranks out as the #2 player in our model. Thanks in large part to his par 4 450-500, where he’s 7th. Honestly, I can’t believe got snubbed from the featured groups. Hoyland can bring top-tier scoring at a slightly lower price to your PGA Championship DraftKings lineup.

Over the last six months, Cam has demonstrated a unique ability to compete at his best under high-pressure situations after finishing top-10 at The Masters twice. Although Kiawah is much longer, the around the green ability and confidence are equally, if not more, important. Smith has shown to be a wizard around the greens ranking 5th in the field and 2nd in sand saves. He has not won since the Sony last January, but he has shown elite-level ability finishing top-10 five times in the last 6 months. Cam has great form coming into this weekend gaining over 6 strokes to the field over his last 10 events. Look for him to hang around and have a chance going into Sunday.

This Canadian has been playing at a high level for a long time now. He ranks 4th over the past 50 rounds in total strokes gained and 8th in his past 24 rounds, while only being priced at $7,600. He also has an 8th and a 10th at the last two Masters showing that he can contend with the top-level competition. Although he is not the best around the greens, his ball-striking is too good to pass up at this price.

At the ripe age of 47, Stewart earned his second and third PGA victories in the last 7 months. Let’s keep in mind his last victory was in 2004. This change in career trajectory coincided with a caddy change for Stewart, having his son Reagan picking up the bags. Since then he has posted seven top-20 finishes including a 12th at the Masters in April. At this price point, the journeyman turned the hottest name on tour is ready to challenge the field on Sunday.

Two years ago HV3 was leading the PGA Championship with one round to go before his infamous collapse. Last year he finished a respectable 29th. This year we think he has a chance to build on that success. He is one of the longer hitters in the field ranking 25th in driving distance over his past 24 rounds. He also has solid strokes gained total and SG: ARG stats ranking 45th and 40th respectively, not to mention ranking 36th in our model. At this price, we like a guy who has played well at this style of event before. Varner has to type of firepower to compete and anchor your PGA Championship DraftKings lineup.