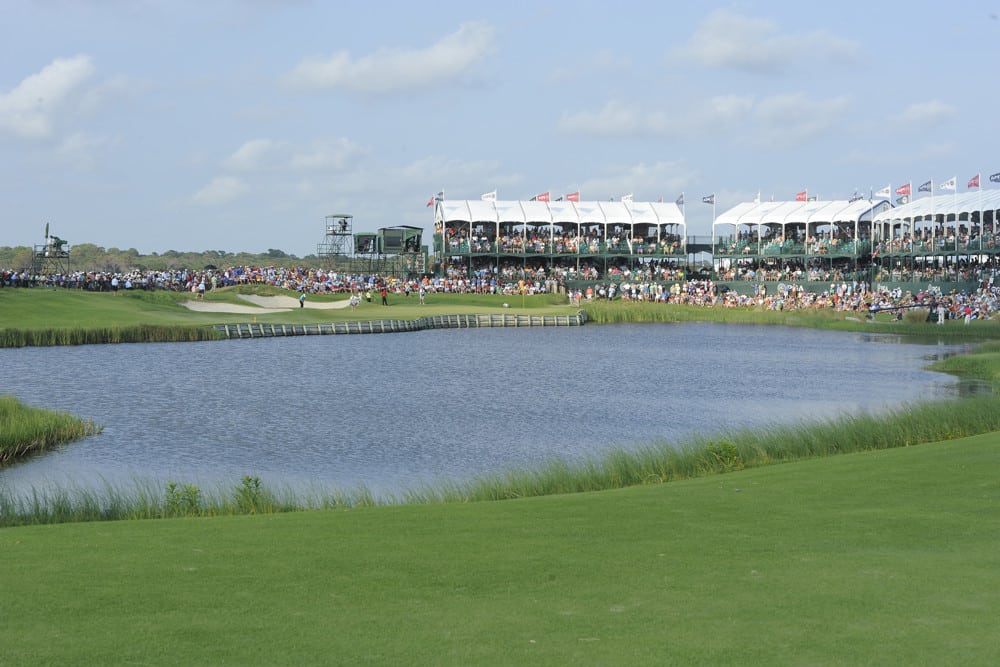 After weeks of anticipation, the second major championship of 2021 has arrived. The strongest field in all of golf takes on the Ocean Course at Kiawah Resort for the 2021 PGA Championship. As always, here is your early deep-dive on the PGA Championship and a preview for how to bet.

All eyes this week will be on Rory McIlroy. After a prolonged slump, McIlroy got off the schnide by winning the Wells Fargo Championship two weeks ago. It was his first win in 18 months and gave Rory a much-needed tailwind of momentum before this PGA Championship. He’s moved up the boards as the betting favorite. His steam is due to the recent win and his victory at Kiawah in 2012. Much has been made about the renovations to the golf course since then, but by and large the golf course is pretty much the same. He’s a strong contender to win again at Kiawah.

One always wonders if Bryson DeChambeau can break a golf course. With a setup of almost 7,900 yards this week, many people think his bomb and gouge tactics will be a perfect fit for the Ocean Course. DeChambeau is coming off a lackluster performance at the AT&T Byron Nelson but remains a strong contender to take down his second career major.

The Ocean Course at Kiawah Resort is a Pete and Alice Dye design. It was carved out of sand dunes along the beaches outside of Charleston, SC. After completion, the 1991 Ryder Cup was held at the golf course. That event was not only one of the most competitive Ryder Cups ever, it was also one of the toughest.

At this point of the column, typically I would go over the layout, my favorite holes, and the architectural intricacies of the golf course. But Andy Johnson of the Fried Egg did a video essay of the golf course and does a much better job explaining the Ocean Course than I ever could. It’s a nine-minute long video, but it is excellently produced and provides all one needs to know to familiarize themselves with the golf course:

A couple of notes about comments made and not made in the video:

1. Several new tee boxes were added to the golf course. At its maximum, the golf course will play as long as 7,876 yards. This is 200 yards longer than it played in 2012. However, it will only play this length if the wind conditions dictate it. The additional tee boxes were added to accommodate for the direction and strength of the wind. Both new forward and back tees were added. Should conditions allow them to be used, they will be.

2. The golf course overall underwent a moderate restoration to bring back some of the original features. The restoration was supervised by Scot Sherman. Sherman worked under both Pete Dye and Bobby Weed, a noted Dye disciple.

Sherman sought to restore the natural look of the Ocean Course. He looked at old satellite photos from 1991 to find and reclaim lost bunkers and waste areas. Sherman restored several blow-out bunkers on the golf course, as well as added nooks and hooks to many existing bunkers to make it more penal and intimidating off the tee. He also added more sandy areas and planted additional dune plants to stymie balls that enter them.

3. While the golf course is naturally wall-to-wall paspalum grass, rough will be overseeded with its winter perennial ryegrass. The PGA desired to have a primary cut of rough off the fairway, and the weather is not warm enough to support the healthy growth of Bermuda rough to championship thickness. Overseed is necessary to grow the rough to the desired 3.5 inches.

The maximum yardage of the Ocean Course in 2021 is 7,876 yards. That’s exactly 200 yards longer than the scorecard yardage in 2012. That works out to an increase of about 11.1 yards per hole. In addition, the average driving distance on the PGA Tour in 2012 was 289 yards. In 2021 that figure stands at 295.5 yards. Just by advancements in equipment and physical fitness, the players chop off about 6.5 yards from this increase in the distance already. In addition, the golf course received a significant amount of rain in the weeks leading up to and during the tournament. In 2021, the area has seen drought conditions.

Essentially, while the scorecard this year will read 200 yards longer than it did in 2012, between advancements in equipment and a firmer golf course it’ll play about as long as it did in 2012.

It also should be noted that the 2012 PGA Championship at Kiawah was the 4th longest golf course of any major since 2010. Only this year’s PGA Championship, the 2017 U.S. Open at Erin Hills and the 2015 U.S. Open at Chambers Bay had scorecard yardages longer than the 2012 PGA Championship at Kiawah. Jordan Spieth is by no means a bomber, yet prevailed to win the 2015 U.S. Open. While long-hitting Brooks Koepka won the 2017 U.S. Open, the rest of the Top 10 featured non-bombers like Brian Harman, Tommy Fleetwood, Bill Haas, Rickie Fowler, and Brandt Snedeker. Length off the tee wasn’t as big of a factor as it appeared it would be.

A lot of people assume the reason why Rory McIlroy blitzed the field is that he hit it a mile off the tee. Driving distance played a big part in his victory. But the biggest takeaways from the leaderboard above is the fact he was T13 in Greens in Regulation % and led the field in scrambling. That means it took more than just bombing it as far as he could to secure his first PGA Championship.

The common theme of the rest of the Top 10 is that none of them had particularly strong performances off the tee that week. Players like David Lynn, Ian Poulter, Blake Adams, and Steve Stricker all performed poorly off the tee in relation to the field. There isn’t a significant concentration of both players who were long or accurate off the tee that week. But almost all of them performed very well with their irons and scrambling on the week. That was especially important for the players who did not have significant length off the tee.

It’s also interesting to note how the field did in relation to PGA Tour averages. Of the players who made the cut, a larger proportion of shorter, more accurate players tended to make the cut. Kiawah also showed as a tough golf course to hit the green in regulation as the field average was less than the PGA Tour average that season. Scrambling and Putts/GIR were about in line with the PGA Tour. That allowed players who excelled in those categories to rise up the leaderboard over the rest of the field.

Make no mistake about it – driving performance is very accurate at The Ocean Course. But there’s plenty of room off the tee there. Some of the fairways are wider than the stated width depending on what tee box the players are hitting out of. On some holes, it’s more important to demonstrate good distance control on the tee shot so the ball doesn’t run out into the rough. The paspalum also does a good job slowing down the ball once it hits the turf. If a player finds the short grass, chances are it won’t bound into the overseeded 3.5 inch rough.

But outside the landing zones are no bueno. Players who find themselves wildly offline are likely teeing it up again for their third or having to hit out of a very undesirable area. The Ocean Course has generous space off the tee but heavy penalty areas just off them. This is what levels the playing field between long and short hitters. It’s absolutely vital to keep the ball in play this week, regardless of how far one hits it.

After that, it’ll come down to how well one hits their irons and scrambles from off the green. This will not be a birdie fest and will present the players with quite the challenge. Players who can grind out pars, limit big numbers, and steal the occasional bogey will do very well this week.

In addition, paspalum is an infrequently seen grass on the PGA Tour. Paspalum is the turf of choice for the Puerto Rico Open, the Mayakoba Classic, and the Corales Punta Cana. But it’s also the turf of choice for several high-profile European Tour events in the Middle East. Both the Saudi International and the Abu Dhabi Championship are played on paspalum. That might help explain with the 2012 PGA Championship leaderboard had such a heavy European presence. Consulting those tournaments may give a preview of who will play well at the PGA Championship

Lastly, there is a trend since 2010 of the types of golfers who win the PGA Championship. Here are some relative trends of eventual winners:

Here is the list of golfers who fit this criteria this week, with odds from PointsBet to win the PGA Championship:

A trend is good until it is no longer a trend. There were plenty of gambling trends floating around the Masters last month. Almost all of them failed to capture Hideki Matsuyama.

But use this to justify a bet on a player if you’re on the fence. or need to break a tie Who knows. Maybe it’ll be the winning decision for a nice payday.