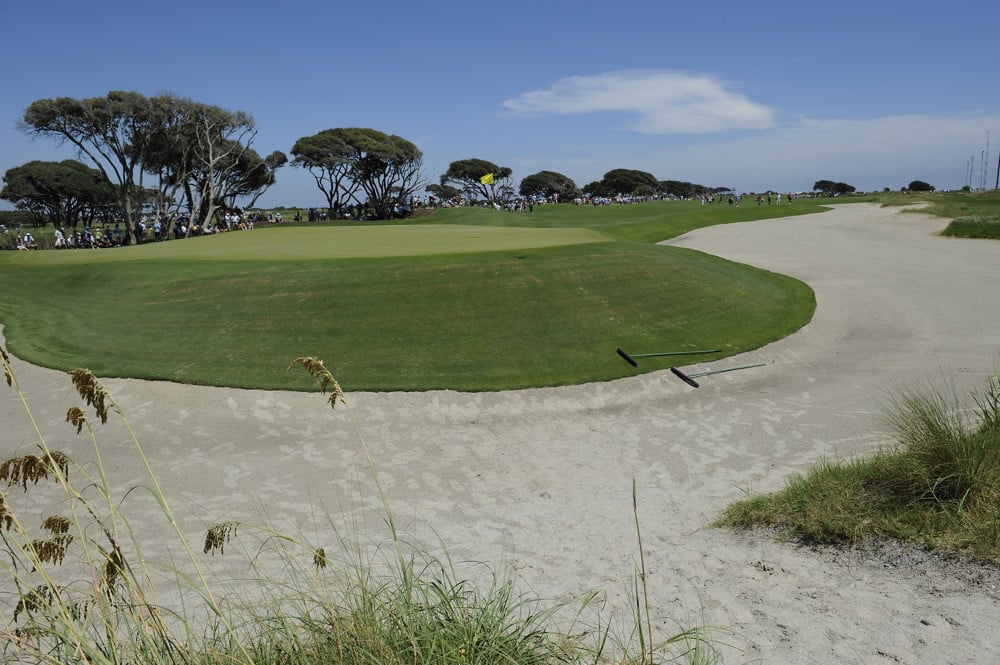 Making early picks for a major golf tournament is somewhat of an art. It involves looking at the board, finding value, and matching value to how the golf course will suit their strengths. As such, here are some value picks you can bet today for the 2021 PGA Championship at the Ocean Course on Kiawah Island (odds courtesy of PointsBet, *Promo Code SGP*)

On other books, Cameron Smith is trending towards 30/1. The fact he remains 50/1 on PointsBet as of today makes him a great value pick to win the PGA Championship.

Cameron Smith is also riding great form. He is gaining about 2.15 strokes per round on the field over his last 16 rounds. That’s one of the highest clips on the PGA Tour of anyone over that same stretch. He also has shown an improvement in his ball-striking in his recent form. That’s helped propel him to three Top 10’s over his last 5 starts.

If the golf course gets moderate to significant wind, it will make hitting greens a very tall order. His significant edge with scrambling and putting, combined with improved ball striking, is a tremendous advantage he’ll have over the field. Bet Cameron Smith on PointsBet today before 50/1 is no longer available for him.

For a while, Sungjae Im was the flavor of the week for bettors. Every week, it seemed he was a very trendy pick to win a golf tournament. But after he bombed out in dramatic fashion from the Masters, he’s become persona non-grata. With much of his popularity off of him, that has depressed his price ahead of the PGA Championship.

There are certainly flaws to Sungjae Im’s game. While his off-the-tee and putting numbers are eye-popping, his approach and scrambling numbers are eye gouging. But the Ocean Course is a place that allows one to play their game to their strengths. The 2012 leaderboard was very diversified in terms of strengths and attributes. The Top 20 was full of bomb and gougers, shorter tacticians, and players who do a little bit of everything well. There wasn’t a single way to beat the golf course that week. But almost everyone on that leaderboard had an elite quality about their game that helped them post a good finish at the 2012 PGA Championship.

What Sungjae Im is doing off the tee and with his putter is elite. Elite traits help win majors. That makes his ceiling in any given week very high. And as long as he can ham and egg his way around with his irons and wedges, he’s certainly a contender to win. At 60/1, he’s worth picking right now to win the PGA Championship before his popularity (and price) rises again.

No one has ever doubted Corey Conners‘ ability to get the ball to the green. For the last two years, he’s one of the best ball strikers on the PGA Tour. And recently, that’s no exception. Over his last 16 rounds, no one has gained more strokes off the tee and with their approach shots combined as Corey Conners has.

But the difference lately for Corey Conners is his much-improved putting. That area has always dogged him. But over that same stretch, Conners is gaining 0.72 strokes per round on the field on the greens. That’s helped push his 50 round Strokes Gained-Putting average into the positive. That’s something Corey Conners hasn’t seen since early in his rookie season. Because of the improvement in his putter, that has allowed Conners to post four Top 10’s over his last six starts.

The 80/1 price hanging on Corey Conners is too low for the talent and performance he’s displayed recently. Bet him at this price now before his number gets shorter.

Matt Wallace put a new caddie on the bag early in 2021. That man is Gareth Lord, former caddie to both Henrik Stenson and Justin Rose. Matt Wallace has a history of poor relations with his caddie, but based on his recent results it seems like the duo are a great fit for each other.

With Gareth Lord on the bag, Matt Wallace’s game has been reinvigorated. Since the Abu Dhabi Championship when the relationship started, Wallace has gained over a stroke per round tee-to-green. The pair have also amassed four Top 20 finishes since the beginning of the year and he’s seen a significant improvement in his ball striking. He’s also putting pretty well in 2021. Credit for an improvement in Wallace’s game has to go a little towards the solid caddie-player relationship.

With the way Matt Wallace has played in 2021, he’s a great value pick at 150/1 to win the PGA Championship.