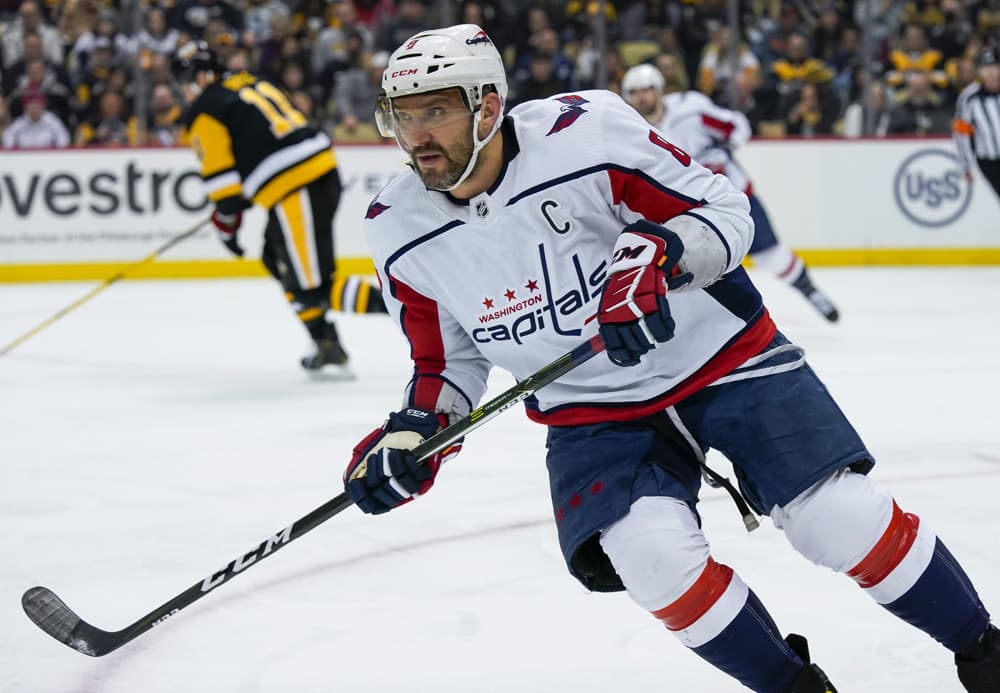 I hope you’re enjoying your Fantasy Hockey vacation! We’ve got All-Star action on the books for the weekend, with games returning Monday. Last week we discussed Dynasty Buy Options, so we’re here to pivot over to the Sell-side of the conversation.

Your dynasty league is most likely closing in on the Trade Deadline; so it may be time to make a move if you’re out of playoff contention and rostering aging talent. There are plenty of older players still producing at a high level, and there’s bound to be a top-tier team in your league that wants a roster to add that will put them over the top come the Fantasy Hockey Playoffs.

This one is tough, but if you’re rostering Ovechkin and somehow at the bottom of your league, he has to be on the chopping block. He’s leading my fantasy league in scoring with 547 fantasy points through 46 games this season. He’s still one of the best producers in the league, but I’m betting on regression to set in through the next few seasons, at least from a production standpoint. Ovechkin has also stated that he wants to end his career playing in Russia with Dynamo Moscow. His contract runs through the 2025-2026 season; he would be 40 years old at that time; it wouldn’t surprise me if we saw him exit the league before then. You can get back a MASSIVE haul for Ovi in fantasy, so be sure to start with multiple first-round draft picks plus young talent that suits your flavor.

Alex Ovechkin with a BIG hit on David Krejci: pic.twitter.com/831SODLi7U

Pavelski is on fire this season! He’s recorded 48 points through 43 games while registering 19 goals and 29 assists. Pavelski is playing in his 16th season in the NHL, but he’s on pace to have the best year of his career. This season, he ranks #22 in total fantasy hockey production with 423 fantasy points. However, Pavelski is 37 years old and will absolutely regress from this insane scoring pace through the following two seasons.

In addition, he’s playing in the last year of his contract with the Stars, so he’ll be a hot commodity in the offseason to move to a contender that’s going to overpay for this current season’s production. He’s playing alongside young studs like Roope Hintz and Jason Robertson; it’s a great opportunity to sell high on him. Try to target a rising star or a draft pick to help turn things around next season; there’s bound to be a playoff team that wants his career-setting production.

Joe Pavelski is 37, leads the Stars in scoring and still gets out before practice to work on his net front game. pic.twitter.com/ckFSrg8xFg

He’s not on pace for a career year like Pavelski, but he is on pace to eclipse the production from the past three seasons. It’s nice to see that he’s found his stride again, but if you’re at the bottom of the standings, he’s going to serve you much better if you can leverage his current upswing for some younger assets. I think you can get a solid draft pick for him straight up; if not, you can target some youth that’s rotting on the benches of teams at the top of the standings.

Here’s another guy who’s on pace for a career year. Letang is nearly hitting point per game production with 41 points through 42 games this season. He’s also on pace to play in the most games since 2017-18 when he played 79 games. Letang has only played in 5 seasons through 16 years, where he’s played over 70 games. Letang ranks 24th in total fantasy hockey production this season. It lies on the back of 5 goals and 36 assists. Letang is in the last year of his contract, but I’m convinced he’s coming back to the Penguins next year.

He’s been with the franchise his entire career; it’s hard to think of him wearing another sweater. He may not return as much as some of the other players listed, but I think he should be good for at least a draft pick and young talent. I’d love if I could get back a first-round pick and Bowen Byram, but you may have to settle for just the pick. It will be worth it regardless; Letang won’t keep this scoring pace or availability, for that matter, through the next two seasons.

KRIS LETANG IS BACK AND HE’S MAKING US SO, SO HAPPY! pic.twitter.com/2Kmgz9r8LS

Carlson is the youngest player on this list at 32. He is having a lovely season like everyone else listed. He’s hit 34 points through 43 games and ranks #11 for total fantasy hockey production for defensemen with 341 fantasy points. He’s a D-Man that consistently finds the back of the net; he’s scored nine goals this season, just one less from last year already. The most goals he’s scored in a season is 15; it looks like he’ll top that number this season. Carlson is always a safe play in your lineup.

He gets the puck to the net, blocks shots, sprinkles in production, and has a strong plus/minus rating. He’s usually a reliable player in terms of availability, but that may start to fade down the stretch of his career. Carlson has five seasons left on his contract, and I see him playing out the majority of the remaining years. However, I’m not trusting the production to keep flowing as it is. I like moving him for a younger defenseman that also logs a ton of minutes and offensive upside, perhaps Moritz Seider? I wouldn’t blink at offering Carlson and one of my top picks for a rising star like Seider.

Bobrovsky is having a glorious season in net for the Florida Panthers. He’s 4th in the league in total wins and is on pace to smash many of his season-long career totals. Of course, you can’t move Sergei if you’re at the top of the Fantasy Hockey league, but any bottom-feeding roster that hosts him should be looking to sell. Bobrovsky has benefited from Florida’s growth on offense; his numbers are excellent, but so are the teams. I’m not saying Bobrovsky is a fraud, but the team assists in padding his stats.

The Panthers lead the league in total goals scored this season. (Not sure I’ve ever said that in my entire life). The Panthers have terrific deals in place for their upcoming young players. However, Bobrovsky is the 2nd highest-paid goalie in the NHL. I believe he’ll become a cap casualty in the upcoming seasons and move onto a rebuilding roster with far less offensive explosiveness. This is another scenario where I’ll forgo my trending sell option plus one of my top picks for an elite player. Try to target one of your favorable young goalie options for Bobrovsky and a first-rounder.

Get a load of these top saves from Sergei Bobrovsky! 😼 pic.twitter.com/RQDL5vab1T