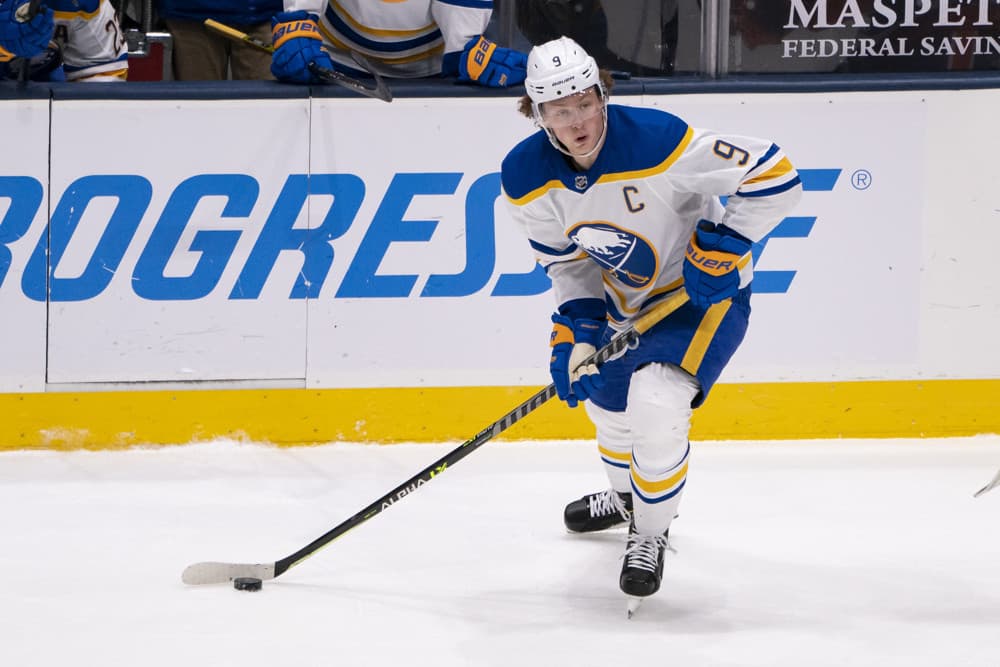 It’s the NHL All-Star Break, which means it’s time to reset, recalibrate and revise our fantasy hockey teams in order to get them ready for a push towards the playoffs.

Everyone loves looking for those “under the radar” pickups that can swing their matchup for the week and potentially swing their season towards a title. Let’s check out three buy-low candidates that you should be eyeing coming out of the break.

With all the drama in Buffalo and an artificial disk replacement surgery now in the past, the former 2nd overall pick is hoping his gamble pays off in Vegas. However, there’s still a lot of uncertainty as to when Eichel will actually make his season debut. It’s been a while, but it’s easy to forget how dominant of a player Eichel can be.

When he does return, Eichel is expected to center a line with two other elite forwards in Mark Stone and Max Pacioretty, forming what would immediately become a top-5 line in the league.

With things still up in the air with Eichel, you can take advantage of an inpatient owner who is fed up with waiting and land a forward that has top-20 potential.

One of the names that keeps getting bandied about in the trade rumor mill is Arizona’s Jakob Chychrun. The 23-year-old defenseman broke out last season to the tune of 18 goals and 41 points in 53 games. He hasn’t been as hot this year in the desert as injuries and underperformance have held him to just 10 points in 34 games. Throw in a +/- of -27 and it’s been an ugly campaign so far.

However, if we take a look under the hood, we can see some positive signs. Chychrun’s shot rates and expected goal metrics look similar to last year, but this season, it hasn’t gone his way. That’ll happen when you’re shooting 1.9% on the season. Chychrun’s career shooting percentage is 6.5%, opening the door for some positive regression in that department.

A move to a contender could also provide Chychrun with a stats boost making him one of my favorite fantasy hockey buy-low candidates.

After a disastrous start to the season that saw him get demoted to the AHL, the 2-time Stanley Cup Champion goalie has turned things around. Since being recalled on January 1st, Murray has a 4-1-2 record, 924 SV% and a 2.52 GAA. Do I think Murray is all of a sudden a Vezina caliber goalie again? No I don’t, but I think that he does deserve some consideration, especially in 2-goalie leagues.

Firstly, despite the fact that the Ottawa Senators are not a very good team, they do have the easiest strength of schedule remaining this season giving Murray a better chance to pick up some wins along the way. Secondly, Murray will be seeing a high volume of shots which is good for leagues that count saves.

At the very least, Murray is a streaming option on nights where the Senators have a good matchup.

While the numbers on the back of the hockey card haven’t stood out for Dobson this season, it’s not for a lack of effort.

The Islanders are not a great offensive team, but Dobson is their catalyst on the back end. Dobson has offensive upside and can also throw himself in front of a puck if you’re in need of blocked shots.

If you need some help on defense, Dobson makes a solid addition in deeper leagues.