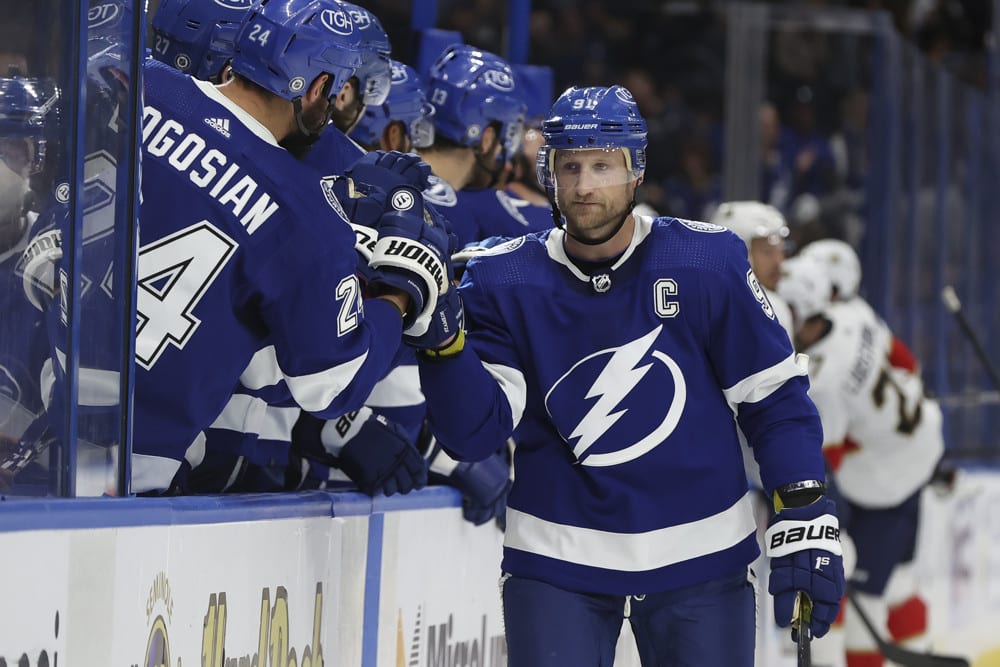 NHL Opening Night is here! After a long offseason, hockey is back. The Tampa Bay Lightning closed out the 2020-21 NHL season by lifting the Stanley Cup and they’ll open the 2021-22 season by raising their banner. The Pittsburgh Penguins will look to spoil, but don’t have a healthy roster. In the nightcap, the expansion draft darlings face off as the Vegas Golden Knights host the Seattle Kraken for their first game.

Let’s get right into the best bets for NHL Opening Night!

The Lightning are heavy favorites at -250 with the Penguins at +205 as huge underdogs. The total is set at 5.5 goals.

The Lightning have history on their side and are just a much better team on paper. The Penguins are without Sidney Crosby and Evgeni Malkin, leaving Jeff Carter and Evan Rodrigues as their top-six centers. Even Jake Guentzel is out due to COVID protocol.

Tampa Bay, on the other hand, is locked in and ready to roll with Brayden Point, Nikita Kucherov, Steven Stamkos, Victor Hedman, and Andrei Vasilevskiy all healthy.

Take your pick between the -1 or to win in regulation. The -1 saves you with a push if the Lightning win in overtime.

The Lightning have won the past four meetings overall (all three at home in regulation) and last five meetings at home (all in regulation). There have been some one-goal games, though, so I lean to the TB to win in regulation -160 as my best bet.

This shouldn’t be too difficult for Tampa Bay. They scored four or more goals in four of the last five meetings at home, including a 4-2 win last season. The Penguins’ depth will be tested as will Tristan Jarry. The Lightning are going to strike more than a few times in this one.

It’s the Expansion Draft Cup! The 2017-expansion Vegas Golden Knights play host for the NHL’s newest team’s first game. The Seattle Kraken will take the ice in a regular-season game for the first time tonight.

The Golden Knights are even bigger favorites than the Lightning at -270. The Kraken are huge underdogs in their first game at +215. The total is set at 5.5 goals.

This may look like a defensive battle between two teams with good goalies in Philipp Grubauer and Robin Lehner. And that’s because it is. However, I see the Golden Knights racking up at least two or three goals with the Kraken excited to get going out of the jump and putting up a few goals themselves.

One of my worries about betting the total is that Seattle won’t hold up their end of the bargain. If you’re skeptical as well, Vegas to score over 4.5 goals at +240 seems like good value.

Best of luck in your betting this season! Be sure to bookmark our NHL Picks page for picks on every single game every day! Follow me at @RGilbertSOP on Twitter if you have any questions or comments, or just want to talk some hockey!