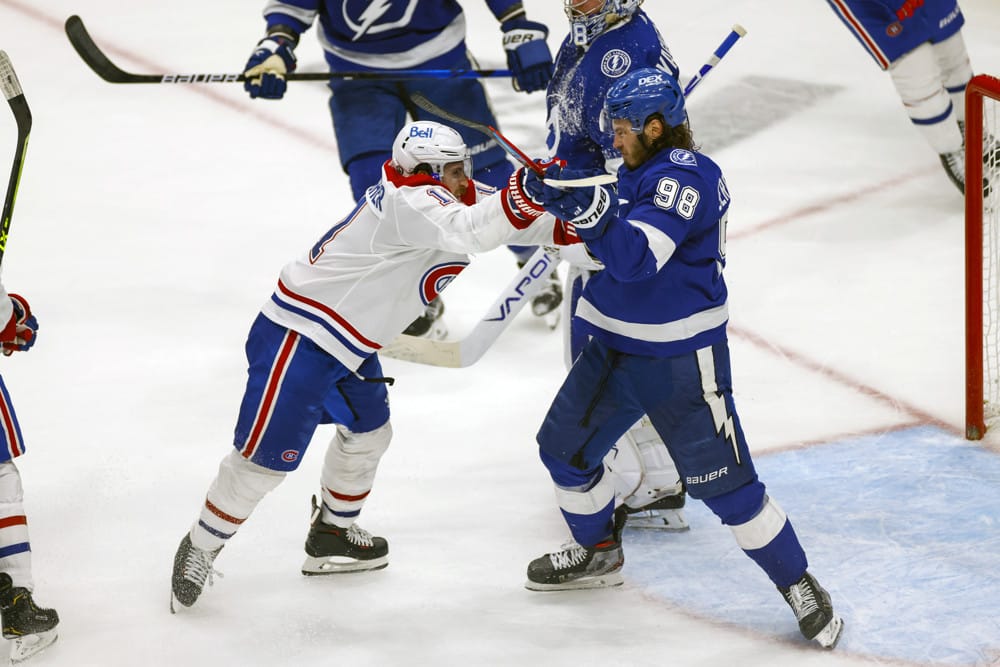 The Tampa Bay Lightning beat the Montreal Canadiens 5-1 in Game 1. Tampa Bay outshot the Canadiens 27-19 and controlled play overall. But it’s a new game now and a chess match of adjustments in the Stanley Cup Final.

The Lightning are heavy favorites at -210 with the Canadiens at +180 on the money line. The total is set at five goals.

As mentioned above, it was all Lightning in Game 1. They scored five times on Carey Price as they rolled to an easy victory. However, the game was a bit closer than it looked.

The Canadiens may not have deserved to make the playoffs, but they’ve been proving people wrong and may do so again in Game 2.

Montreal has been in this spot before. They lost Game 1 to the Golden Knights, 4-1, and people thought their run was over. But they bounced back with a 3-2 win in Game 2 and I could definitely see something similar happening here in the Stanley Cup Final.

This is a bet that I mentioned on the Stanley Cup Final preview podcast and although it didn’t hit in Game 1, I’m going right back to it in Game 2. You can take the +2.5/U6.5 if you’re comfortable laying the juice, +1.5/U5.5 if you want plus-odds and/or believe in Montreal, or sprinkle a bit on both.

The stat also carries over to the Lightning. They haven’t won back-to-back games by more than two goals all playoffs, and they only did that once (6-4, 2-0 in Games 3 and 5 against Carolina). After winning by three or more goals, the Lightning have lost 4-1 (Florida), won 2-1 (at Carolina in Game 1 after beating Florida in Game 6), and lost 3-2 in overtime (New York after winning 8-0 in Game 5).

Montreal should try to slow the game down and clog up the neutral zone even more to avoid a shooting (and scoring) gallery like in Game 1. They were only down 2-1 after two periods of play in Game 1 and allowed a late power-play goal for the fifth marker.

The Canadiens are going to be hungry to keep the game close and try to even it up heading back home for Game 3. And hey, +1100 and +900 are pretty good payouts if they hit.