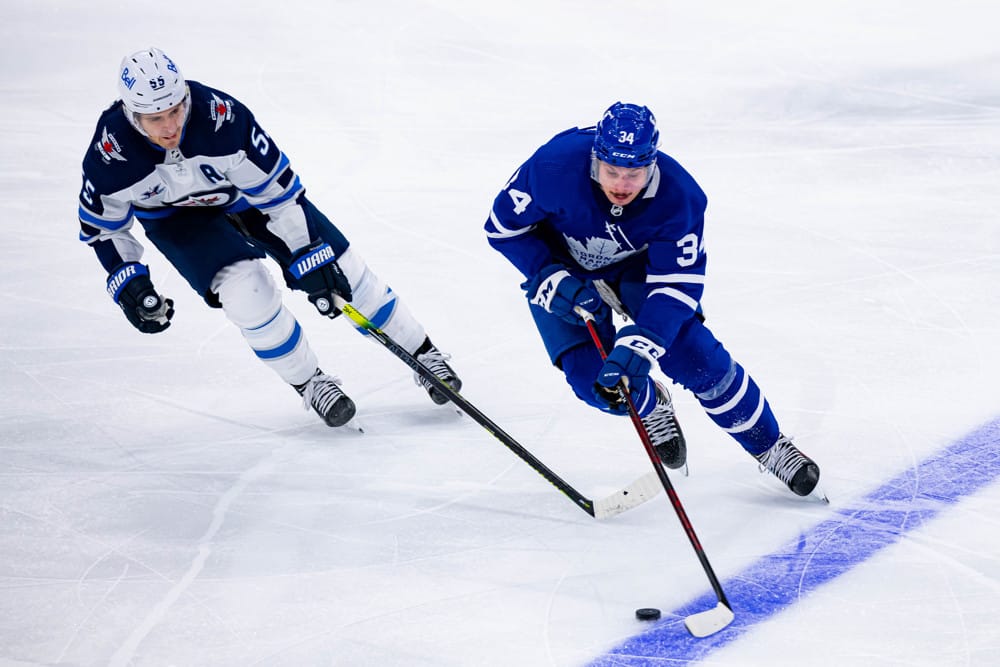 The NHL season is already in its third month. With the season well underway, the divisional standings are starting to take shape. Let’s find the NHL best bets to win each division.

NHL Picks: Every game every day

At this point in the season, three of the four divisions are still relatively competitive. There are two big favorites at -375 and -167, but then the two other division’s best odds are +150 and +110. Is it time to bet on those favorites or pick an underdog to rise to the top?

The reigning Stanley Cup champion Tampa Bay Lightning are still the best team in their division with a 14-4-1 record for 29 points in 19 games. Their .763 point percentage is the second-best in the NHL and they lead the league with a ridiculous +30 goal differential.

The Lightning have some competition, however, with the Carolina Hurricanes (+250) and Florida Panthers (+450) as possibilities to catch up to them.

I would still pick the Tampa Bay Lightning to win the division, but there is value to be had here.

The Florida Panthers are having a surprising season and there are no signs of them slowing down. They have the second-best point percentage (.714) in the division and beat the Lightning in two of three meetings this season.

Odds of +450 give an implied probability of 18.18 percent. With the way the Panthers have been playing, I’d give them at least a 25-30% chance of winning the division. If they can continue their strong play and play well against the Lightning, the Cats could cash come May.

The Boston Bruins are one of the best teams in hockey, it’s just that they play in the best division in the league as well. The East Division has five teams with odds of +600 or shorter to win the division. No other division has more than three (the Central).

The Bruins got off to a slow start to the season but have been firing on all cylinders since the season debut of David Pastrnak. They had a few hiccups this past week in New York but bounced back with a big win on Sunday.

For my money, the Bruins aren’t worth betting on. At least not right now. There are too many good teams in this division that could put it together and grind their way to the top.

The Philadelphia Flyers are playing their best hockey at the right time. Despite some poor play to start the season, they were still winning games. After a two-week pause due to COVID, the team is finally back to full strength and on a three-game winning streak.

The Flyers have the best point percentage (11-4-3, .694 P%) in the East Division with 25 points in 18 games. They’ve lost just four times in regulation – no team has fewer than four regulation losses.

Two of the Flyers’ seven losses came with Claude Giroux (and others) out of the lineup due to COVID. A few others came with Sean Couturier injured. The Flyers are undefeated with both Giroux and Couturier in the lineup and have two solid goaltenders in Carter Hart and Brian Elliott.

The Flyers were hot last season heading into March before the season was canceled. They’re poised to make a run yet again. At +375, you can’t go wrong here, especially with them starting to have fans in the stands soon.

The Toronto Maple Leafs are most likely going to run away with the North Division. They’re 17-4-2 for 36 points in 23 games after beating the second-place Edmonton Oilers on Monday night.

If anyone is going to give them a run for their money it’s the Oilers or Jets. Edmonton, however, doesn’t have much beyond Connor McDavid and Leon Draisatil. Yes, those players are both really good and two of the best in the game right now, but it’s not the NBA; a team needs depth. The Jets have a good goalie and a few strong offensive lines but lack defense.

Odds of -375 may look steep, but if you want to bet on the North Division I would place the bet now. Toronto’s odds will soon be -500 if not longer.

There really isn’t much value in the division, but let’s give it a shot.

If the Maple Leafs somehow fall off, it’s going to either be the Oilers or Jets that catch them. The Oilers are at +450 to win the division while the Jets are at +900. Take those odds and place a small bet if you so desire, but it is a true longshot betting against the Maple Leafs.

These two teams are too close to separate and have very similar odds. Let’s tackle them both.

The Colorado Avalanche beat the Vegas Golden Knights at the spectacle that was Lake Tahoe. However, both Colorado and Vegas won two games in their four meetings this season.

The Golden Knights are still a young franchise but already have a good track record. They are first in the West Division in points (27) despite playing four fewer games than the St. Louis Blues (26). They also have the best point percentage (.750) in the division by far.

My best bet for the West Division is the Golden Knights at +160.

However, if you want an underdog to cheer on…

We’re finishing out this article with a #DegensOnly pick. With Colorado and Vegas already being talked about, let’s skip over the Minnesota Wild (+250) and look at the St. Louis Blues at +2000.

Just two years after winning the Stanley Cup, the Blues aren’t getting any respect in their own division. They are winning on the road (8-2-0) but have yet to really find success at home (4-6-2). That could change quickly.

Given how the Blues completely turned it on in the second half in the 2018-19 season, odds of +2000 are enticing for them to do it again.