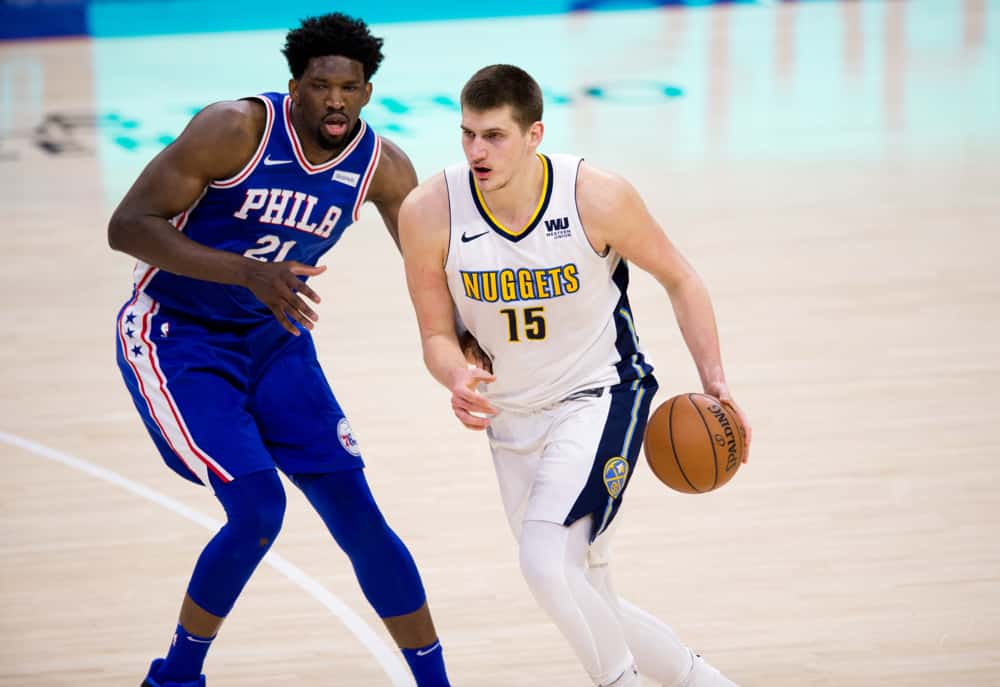 The NBA season is in full swing and we’ve seen some shocking and interesting results thus far. First off, it is hard to handicap and bet on teams when we do not have enough data. By now, most teams have played in five to seven games. That gives us just enough of a sample size to recognize some NBA ATS trends and betting stats.

Complicating matters, this year’s schedule is like none other. Many teams are playing two game series over two or three days in the same location to reduce the need for travel.  For example, the Milwaukee Bucks played the Miami Heat on December 29th and December 30th. That’s something as NBA gamblers that we still need to figure out how to handicap.

This post covers the obvious NBA ATS trends and a few things we should all be watching.

The biggest surprise for most bettors and fans thus far is the Phoenix Suns. Not to me though as they are one of my best bets on the Over for regular season win totals. Suns record currently as of Sunday morning is 5-1 straight up and 5-1 against the spread. In addition, Suns by far are #1 in covering the spread average by 9 points.
Furthermore, to no ones surprise the Los Angeles teams have a top five record against the spread thus far. In addition, Clippers cover margins is a significantly tainted due to the 51 point blow out loss they suffered against the Mavericks.

Let me start with the obvious here. First, Washington Wizards after making the Russell Westbrook trade are off to a lousy start. As of Sunday afternoon, Wizards have a 1-5 record and are 1-5 against the spread. So far, the experiment of Beal and Westbrook is off to slow start. However, Westbrook has missed two of the second night of back-to-back games, but the Wizards have split those two games.

Next, the Golden State Warriors. Despite having a 2-3 against the spread record the glaring stat is the Warriors are failing to cover the spread by an average of 13.3 points. Warriors are the only team that have a double digit spread discrepancy. In addition, Kelly Oubre and Andrew Wiggins are off to horrible start shooting the ball. In fact, Oubre is shooting 27.4% from the field and Wiggins is shooting 37.5%.

The biggest surprise on this list are the Toronto Raptors and the Denver Nuggets. Both teams are expected to finish in the top of their respective conferences. However, both teams currently are 1-4 straight up and 1-4 against the spread. I think there is more upside for the Denver Nuggets to turn it around than the Raptors.
Personally, I was not high on the Raptors coming into the season. Lastly, the biggest factor to the slow start for the Raptors is their offensive. Raptors rank dead last in offensive efficiency and #27 in points per game.

Being that I mainly bet totals the next two categories are right up my ally. First, across the betting markets we are seeing totals being set on at an all-time high. In addition, all five of these teams have an average game total of 230+ points. As a result, four of the five teams have an offensive efficiency that ranks in the top 10 in the league. The only team that the market did not catch onto was the Orland Magic. Next, three of the five teams have a defensive efficiency rating which ranks 24th or worse in the league.

The biggest surprise of the season as a previously stated are the Phoenix Suns and we can see why! Suns are one of four teams that rank in top 10 in both offensive and defensive efficiency. In addition, the betting markets continue to set the game total for the Suns too high. As a result, the Suns a perfect 6-0 to the under averaging 206.6 points per game.

Furthermore, the glaring number that stands out in the Brooklyn Nets contests average 229 points per game. Despite the high total average, the Nets are 5-1 to the Under. If the markets continue to set the total high on the Nets, I can see the Nets matchups falling below the total.

Lastly, there are three teams who play well in the 2nd half of games by average margin of cover. The New Orleans Pelicans, Indiana Pacers, and Milwaukee Bucks. The biggest surprise on this list are the Pelicans. Currently, the Pelicans sit at 4-2 on the season and a large part is due to their defense and their 2nd half play.

Due to the pandemic the world is facing the scheduling is significantly different in the NBA season. For example, we will see two teams face each other in consecutive nights or twice in three nights. So far this season we have seen this happen 10 times. As a result, five teams have swept both games, five have split the series. This will be something to monitor going forward. Furthermore, because it is early on in the season there is not enough data to find an edge.