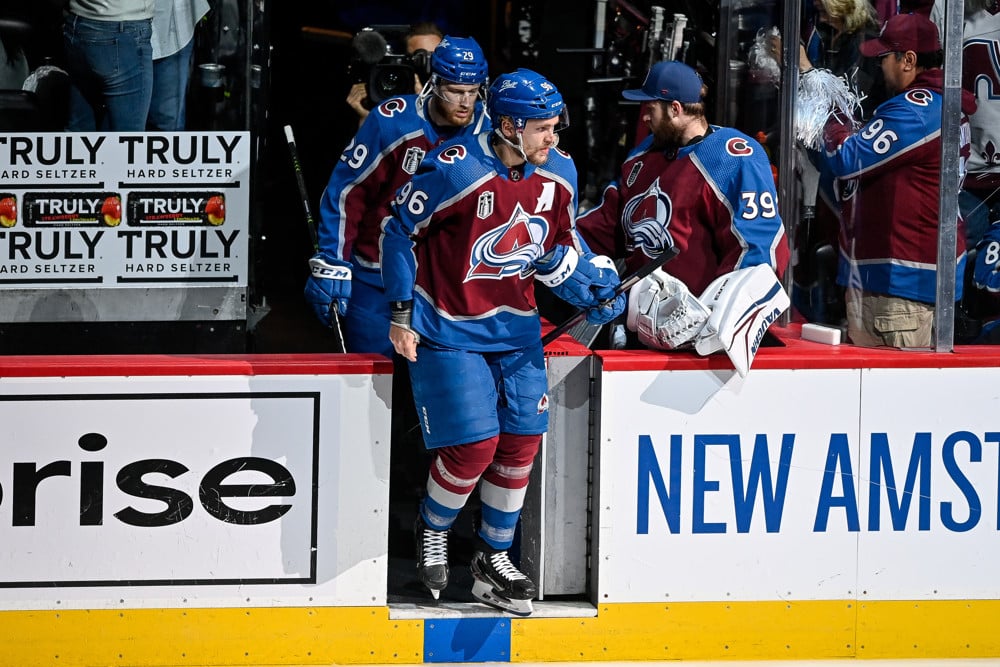 The Stanley Cup Final shifts back to Ball Arena for Game 5 and the Stanley Cup will be in the building on Friday night! The Colorado Avalanche won Game 4 in overtime 3-2 to take a commanding 3-1 series lead against the Tampa Bay Lightning. The odds heavily favor the Avs to win the Cup, but you can’t count out the Bolts in the Stanley Cup Final.

The Avalanche were the better team in Games 1 and 2 –– dominating in a 7-0 victory. The Lightning struck back in Game 3, but dropped Game 4 in overtime in what was the best game of the Stanley Cup Final thus far.

Game 5 of the Stanley Cup Final is on Friday night. Will the Avalanche lift the Cup or will the Lightning live to see another day? Let’s get right into our picks, player props, and DFS targets for Stanley Cup Final Game 5!

The Avalanche are the faster, more skilled, and just an all-around better team than the Lightning. Tampa Bay salvaged one win at home but the Avs prevailed in the other three.

Colorado has had more shot attempts and expected goals at 5-on-5 in all four games in the series. And their power play has been unreal as well. With the home crowd on their side, the Avs should close it out on Friday night.

That’s why I’m taking the Avalanche on the puck line as my primary bet. They should be able to handle the Lightning, who will have to pull the goalie early if they’re down by one (or two… or three) late in the game.

If you don’t want to necessarily take a side in the game, betting on the game to go to overtime (+340) could be a fun bet. Two of the four games have gone to overtime thus far and it wouldn’t shock me if they played past regulation again.

I do really like the over in the game. Three of the four games have gone over the total, including both in Colorado. There’s also that aforementioned chance of an empty-net goal (or two).

MacKinnon is going to be a man on a mission tonight. He had eight shots last game, six in Game 3, only three in the Game 2 blowout, and five in Game 1. He’s had 5+ SOG in 12 of 18 playoff games, including six of nine at home. This line is a steal.

He will be shooting to score and may be holding that stick a bit looser after getting on the board with a greasy one last game. Take a chance on him to score the first goal at 13/1 as well.

Nichushkin has been picking up steam throughout the playoffs. He has 3+ SOG in 12 of 18 games, including eight of nine at home. He had six shots in Game 1 and five in Game 2, was held to just one in Game 3, but came back with four in Game 4.

The winger was largely silenced in the goal column in the middle of the playoffs, but he had three goals across Games 1 and 2 and +240 is a great price for him to get back on the score sheet tonight.

Palat has 2+ SOG in 14 of 21 playoff games, including three of four games in the Stanley Cup Final. He didn’t hit the 2-SOG mark in any of the games in Toronto but has since had 2+ SOG in six of seven road games (including 3+ SOG in five of those games). Palat also has a goal in 10 of 21 playoff games, including seven of his last 11. At least one of Nichushkin or Palat will score, I’d think.