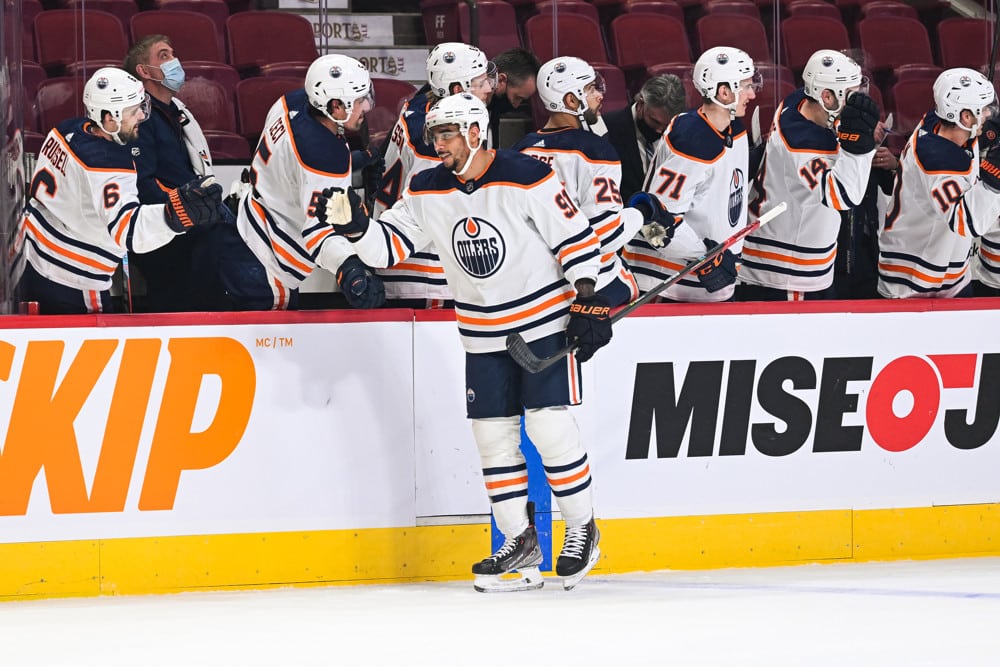 The NHL season is nearing the All-Star break, meaning a long week for Fantasy Hockey. Week 16 in Fantasy Hockey (for most leagues) runs for two weeks from January 31st to February 13th. If your league only allows a limited number of adds, picking up players that play the most games will help you win. That’s what we’re here to do.

For the Fantasy Hockey Waiver Wire teams to stream and pickups this week, I’m targeting three teams playing the most in Week 16. There are a lot of games being played and these teams play by far the most.

Monday vs. Edmonton
Tuesday at NY Islanders
Monday vs. New Jersey
Tuesday vs. Carolina
Thursday vs. Pittsburgh
Saturday vs. Boston
Sunday at Washington

The Senators are one of the bottom teams in the league but they’re the only team to play more than six times this coming fantasy hockey week. They also have some injuries to a few of their top players (Drake Batherson, Joshua Norris, Connor Brown) so there’s an opportunity for players to step up.

Stützle is getting a chance to center the top line with Ottawa dealing with various injuries. He has 20 points (7 G, 13 A) in 27 games this season, with 83 shots on goal as well. The German forward had five points (2 G, 3 A) in six games prior to being held pointless in his last two contests. He’s still been getting offensive chances, however, with four shots on goal in each of those games.

The Senators play the most times this fantasy week and it’ll be imperative to get some of them in your lineup. Stützle is among them.

January has been Formenton’s best month with 9 points (3 G, 6 A) through 10 games. He also has 31 shots on goal to go with that. The forward had a five-game point streak end on Saturday, but he also took a lot of shots in that one with six.

Formenton should be available in even the deepest of leagues.

The veteran forward has been around the block a time or two and is years removed from his 20-goal seasons. However, he is picking it up recently with 5 points (4 G, 1 A) in his last four games, including a hat trick against his former Buffalo Sabres.

Ennis is seeing minutes on the top line and power-play unit due to Ottawa’s injuries. Ride him while he’s hot, especially in deeper leagues with the Sens playing seven times.

Neither of these goalies should be rostered in your league yet –– unless it’s a deep league or rewards goalies for simply racking up minutes and saves. Having said that, they could be worth a look this week.

Monday at Toronto
Tuesday vs. Toronto
Monday at Ottawa
Tuesday at Montreal
Thursday at St. Louis
Sunday vs. Pittsburgh

The Devils don’t quite play seven times, but they’re the only NHL team with six games scheduled during this long fantasy hockey week. I’m looking at a forward, defenseman, and goalie for the Devils this week.

Bratt has picked it up recently with points in 9 of 11 games since the holiday break, racking up 15 points (6 G, 9 A) in that span.

Pick up the top-line winger to help you win your matchup in this long week and beyond.

He’s picked up over half of his points in 12 games since the break with 3 goals and 9 assists for 12 points, as well as 31 shots on goal. Oh yeah, he’s averaging over 26 minutes per contest, too.

Severson is severely under-rostered and needs to be picked up.

Gillies has become a respectable (read: not horrible) netminder for the Devils. He only has one win in six starts, but he’s compiled a .904 SV% and 2.94 GAA. He’s improved recently with 110 saves on 119 shots (.924 SV%) against the Kings, Stars, Lightning, and Hurricanes in his last four outings.

Monday at Ottawa
Wednesday at Washington
Tuesday vs. Vegas
Wednesday vs. Chicago
Friday vs. NY Islanders

Seven teams play five games this week, but only the Oilers have all five games fall on lighter nights. They’re also a team that is heating up right now.

Kane has been the talk of the hockey world for the past few weeks for the wrong reasons, then he made his Oilers debut and put up a goal on the scoreboard. The troubled winger has been picked up in a lot of leagues and he’s worth snatching if he’s still available.

Kane will play on the wing of either Connor McDavid or Leon Draisaitl, two of the best players in the world. He had 49 points (22 G, 27 A) in 56 games last season with the Sharks. He should score at a similar pace with world-class linemates.

Bouchard has bolstered the Edmonton blue line this season. The 22-year-old defenseman has 23 points (9 G, 14 A) in 40 games this season.

The Oilers have gotten hot again and so has Bouchard. He has four points (3 G, 1 A) and 11 shots during Edmonton’s four-game winning streak.

Bouchard is getting a chance on the top power-play unit with Tyson Barrie out. Pick him up if he’s available in your league.

Puljujarvi started out the season red-hot with 13 points in his first 11 games, but he has just 12 points in 27 games since then. This is an opportunistic buy-low spot for Puljujarvi.

The Swedish winger is still playing on the top power-play unit as well as the first line with McDavid and Kane. He’s bound to pick it back up eventually and now might be the time with the Oilers playing well –– and five times this week.

These two have played pretty similarly this season with Holtby starting 18 games and Oettigner starting 13. They should each get at least one start this week with the back-to-back on Monday and Tuesday.

Hotltby holds a 2.68 GAA and .913 SV% while Oettinger is slightly worse at 2.73 GAA and .905 SV%. Still, Philadelphia and New Jersey provide Dallas with two easier opponents to begin the week.

Along with the Oilers, these six teams play five games this week.

Despite the busy week for some, a handful of teams are only playing once or twice this week.