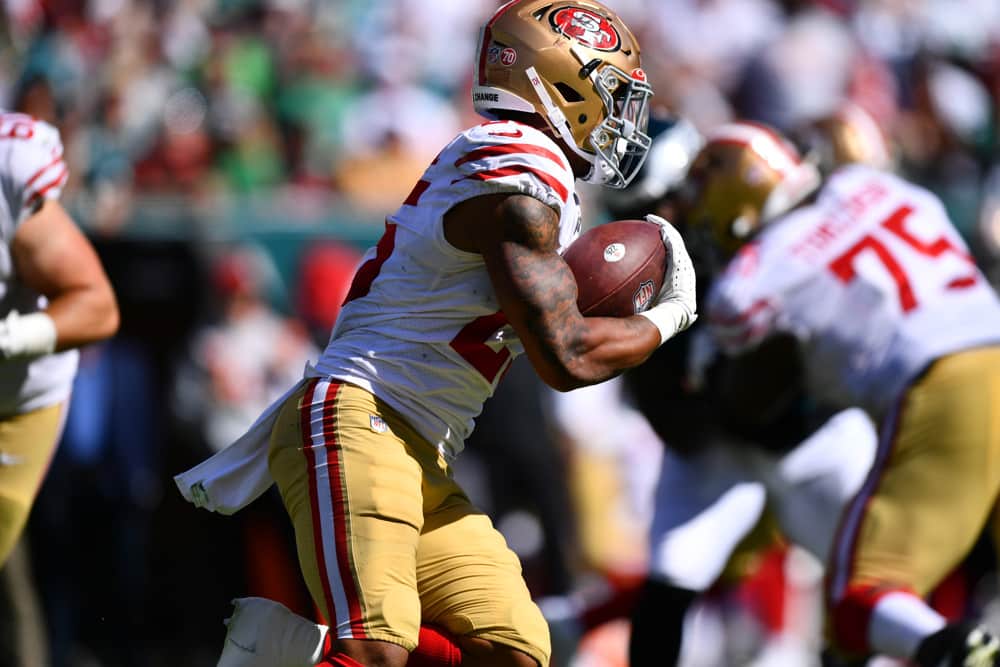 Prior to last week, Zach Pascal exceeded this projection in four of the five weeks. Last week, the Colts saw the return of T.Y Hilton to the lineup which took away the targets for Pascal. However, this week Hilton is battling a quad injury that may limit him or even keep him out for the game. Furthermore, Parris Campbell is will more than likely miss the rest of the season with a foot injury. As a result, this opens the door again for Pascal. Pascal is second on the team in targets only behind Michael Pittman Jr. I like this player prop to go Over for Pascal receiving yards!

The weather conditions in this game are supposed to be a lot of winds and rain. As a result, I believe there will be more emphasis on the running game. Elijah Mitchell prior to his injury was averaging 18 carries per game. I expect the 49ers to get back to the running game with Mitchell back in the lineup for the 49ers. I love this player prop to go over the projection!