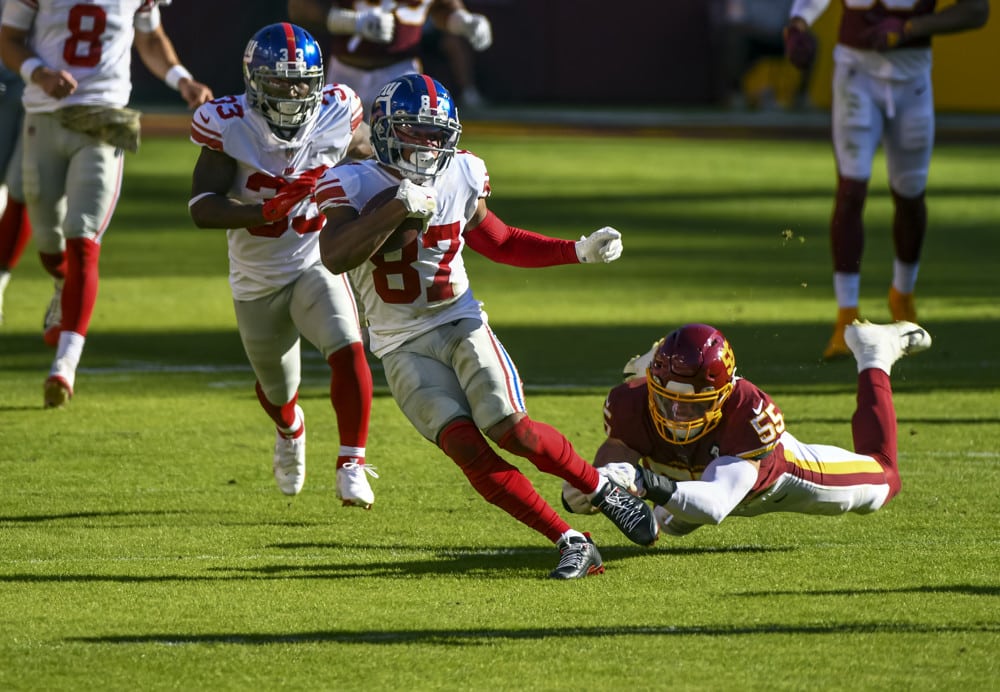 Let me dive right into this game’s player prop bets!

In three career regular season games, Taylor Heinicke has combined for 72 rushing yards and exceeded 20.5 yards in two of out the three games. In addition, in one career start in the playoffs, last season against the Tampa Bay Buccaneers, Heinicke rushed six times for a 46 yards. Heinicke is not afraid to use his legs when he needs to and we see that in four games he’s either started or played significant time in. Furthermore, the Giants last week allowed Teddy Bridgewater to rush for 19 yards off three attempts. I believe this a number that Heinicke can exceed against the New York Giants.

The New York Giants offense has tons of weapons on the offensive side of the football. As a result, I do not see Kyle Rudolph getting targets or yardage in the offense. Furthermore, Rudolph is not a down the field threat in this offense. He is currently a place holder till Evan Ingram returns from a calf injury. In addition, last week against the Broncos, despite having five targets, Rudolph only produced two catches for eight receiving yards. I love this player prop bet to go under the total!

Over the last two seasons against Washington, Shepard has combined for 23 targets and 19 receptions. Furthermore, he has exceeded over four receptions in all three games he’s faced Washington over the last two seasons. In addition, last week against the Broncos, Shepard led the team in targets, receptions, and receiving yards. When Shepard is healthy he is a stud receiver for the Giants. I love for Sterling Shepard to continue his success against Washington on Thursday Night and cash this player prop bet!