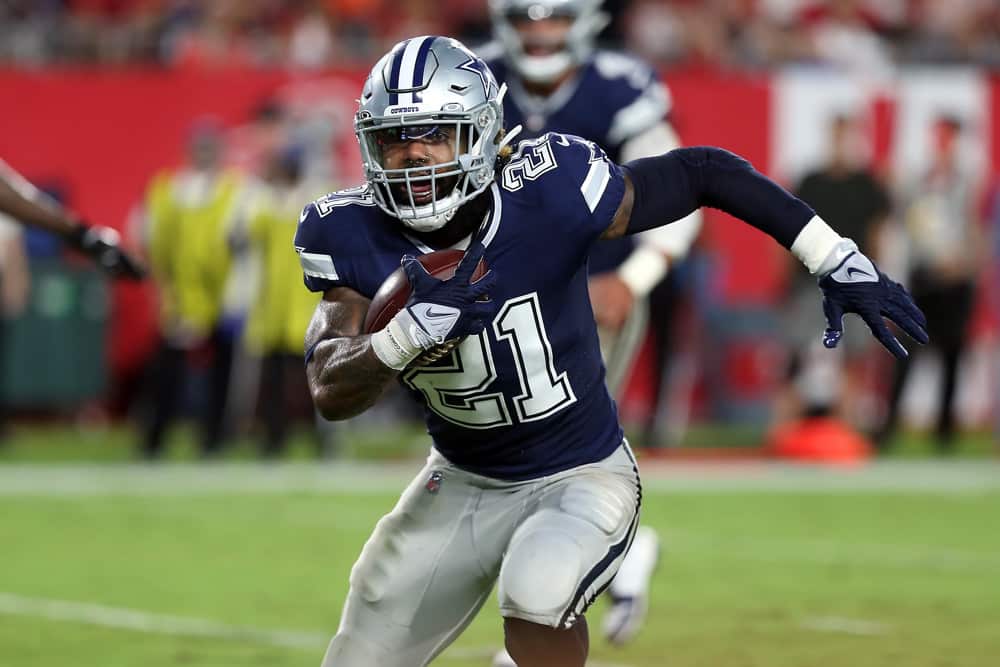 Welcome to Episode 27 of the SGPN Fantasy Football Podcast! This week, Rod Villagomez welcomes Jon Jackson of the SGPN to the show. Jon and Rod will give their thoughts to 10 Week 1 NFL fantasy football overreactions taken from the Reddit community with a few bonus ones in the mix.

Has Ezekiel Elliot lost his place at the buffet and can no longer eat? Was Sammy Watkins opening week performance just another impressive first day, or was this the sign of things to come in Baltimore? Is Jameis Winston for real? Are we ok to start freaking out about Saquon Barkley, or should we have known all along? We answer all these NFL Start or Sit questions and more on this week’s episode.

As always, make sure to subscribe to the SGPN Fantasy Football Podcast on Apple and Spotify. Find Rod (@rjvillagomez), and Jon (@jonboybeats) on Twitter.