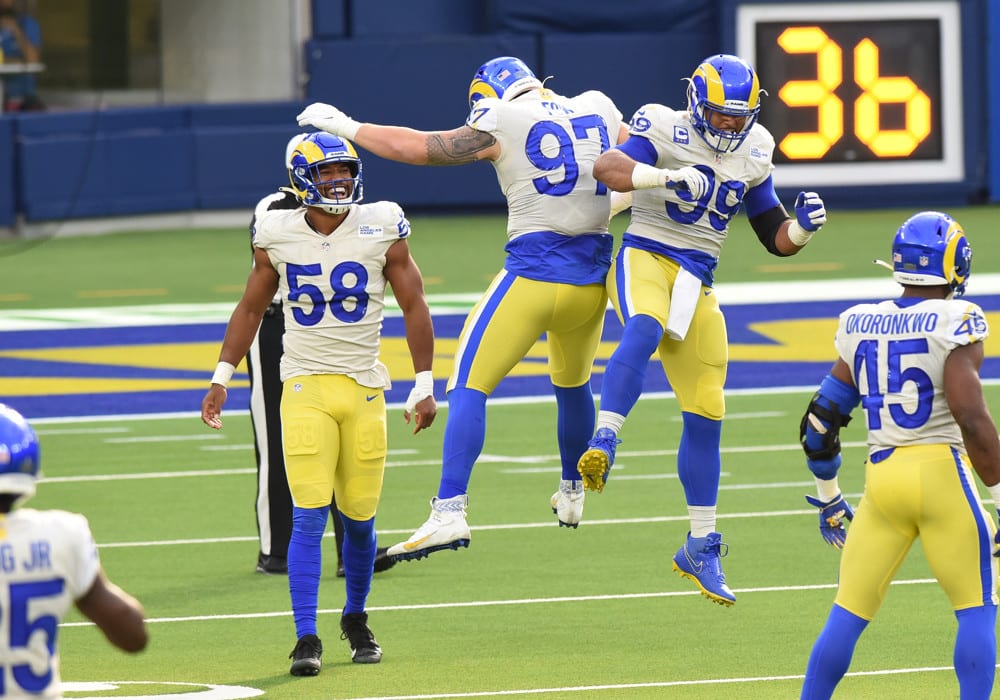 Over the last three matchups between these two teams, points have been a premium. In fact, over the last three games both of these teams have combined for 79 total points. Furthermore, the Rams defense in that span has allowed only 174 passing yards. Only one of these games did the Bears quarterback throw for more than 210 yards. Let’s face it no one is a believer in Andy Dalton as the quarterback. The Rams front seven and the secondary both come in ranked in the top five. Aaron Donald and company will have Dalton running for his life. Let’s be honest, Dalton could be benched by halftime. This is my favorite Sunday Night Football  NFL player prop odds best bet!

I am not sure how much time Jimmy Graham will get on the field especially since Cole Kmet is listed as tight end one for the Bears. Furthermore, I do not believe Graham will be getting the targets. There are several other players on this team that will be getting the share of the targets on this team including Allen Robinson, Darnell Mooney (if active), and Cole Kmet. I like the Under here for Graham receiving yards.

Cooper Kupp is the definition of consistency. Let’s first start with the upgrade at quarterback for the Los Angeles Rams from Jared Goff to Matthew Stafford. Last season in 15 games, Kupp had 124 targets. In fact, against the Bears last season Kupp caught all six of his targets. Furthermore, the Bears are dealing with a few injuries especially in the secondary. I expect Kupp to pick up right where he left off and have a big year for the Rams.