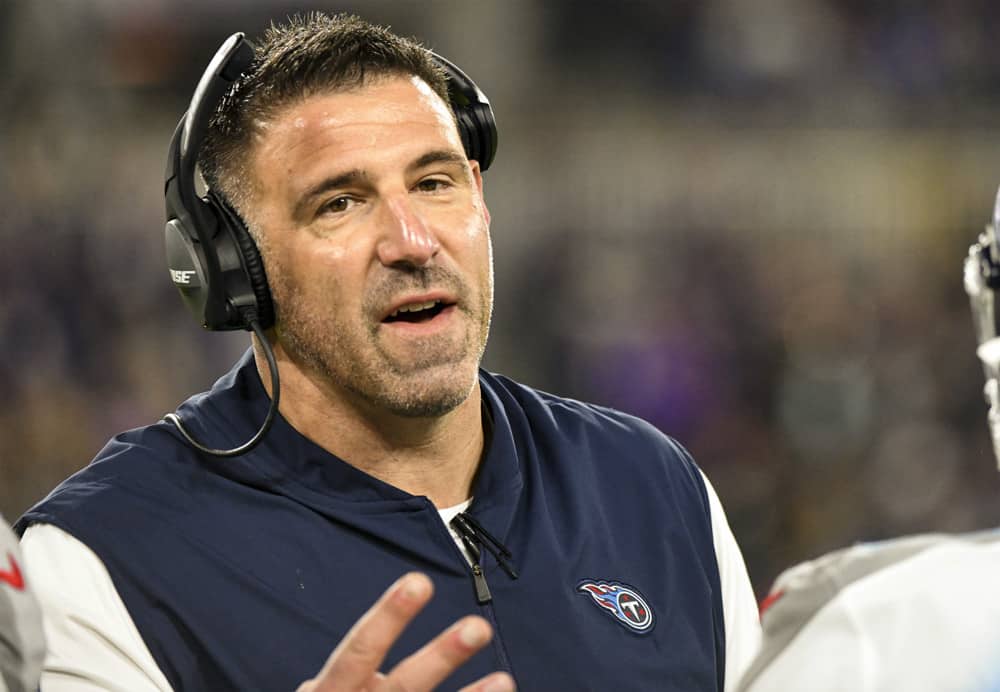 Although we’ve hit somewhat of a dead period in the betting world, there’s good news. There are tons of NFL props available for the upcoming season if you’re willing to tie some money up for an extended period. It is several different markets available for NFL props, but none are more lucrative than win totals. Today, we’re going to take a look at the 2021 AFC South win totals and give a play on the over or under for each team. All lines in this article are courtesy of DraftKings Sportsbook, so slide over there and get down on these win totals today!

I believe this is one of my AFC South win totals that I believe you can take to the bank. There’s a lot that is pending here so proceed with caution though. And yes, I’m referring to the entire Deshaun Watson situation here. He has reportedly shown up to camp to avoid fines but is still adamant that he wants a trade. However, Houston does have Tyrod Taylor ready to step in who at least has starting experience.

The Texans had a massively disappointing 4-12 season last year. They did beef up their backfield by adding a nice change-of-pace back in Phillip Lindsay. Houston’s offense shouldn’t be too bad regardless of whether Watson or Taylor is taking the snaps. They also have a pretty easy schedule this year which should benefit them. All that being said, I see no way that we lose this over play. At the very worst, I believe we push which is enough to satisfy me.

The 2021 season will begin the Carson Wentz era for the Colts. Although oddsmakers have them as the slight favorites to win the division, I’m not so sure about that. Wentz’s struggles in Philadelphia were well documented. I don’t think much changes here although he does arguably have more talent around him than in previous years. Indianapolis will have a strong defense on the other side of the ball as well.

This year is going to be one of Wentz’s best chances for success this year with an easy schedule and a lot of talent around him. However, I just don’t think he’s quite as good as many made him out to be early in his career. He struggled massively last year and there’s little that points to a rebound season for him. I am on the under here, and there’s little doubt in my mind that this play won’t cash as the Colts are being way overvalued.

If the history of rookie number one draft picks in their first season is any indication, this win total is pretty easy money. Most rookie quarterbacks tend to somewhat struggle to adapt to the league, at least when it comes to winning ball games. I picture Jacksonville’s situation ending fairly similar despite the moves they’ve made with Trevor Lawrence, Travis Etienne, and bringing in head coach Urban Meyer.

This year’s Jaguars squad is going to be a very young one. This goes for both sides of the ball as well. Their offense shouldn’t be too bad, but there is still a ton of question marks there. The same can be said for their defense as well. Jacksonville will benefit from an easier than normal schedule which may help their rookie quarterback transition a bit. However, I don’t believe this will help enough as I am heavy on the under of this win total.

If you want to find an undervalued team to bet on for a season-long bet, here’s your squad. The Titans pieced together a very solid 11-5 season last year, and they look ready for a run at the playoffs once again. Tennessee made a huge signing by bringing in Julio Jones to pair with A.J. Brown. I feel like this move opens up their offense even more than it already was as Derrick Henry commands respect from the backfield.

The Colts are the slight favorites to win the division, but I am all over the Titans to take the division. They have by far the most talented team in this division, and they had a great campaign last year with a slightly less talented offense. There’s a reason this over is heavily juiced as it is about as easy of a play as you will find. Don’t overthink this one. Just bet the over and count your money up at the end of the season as this one will cash with ease.