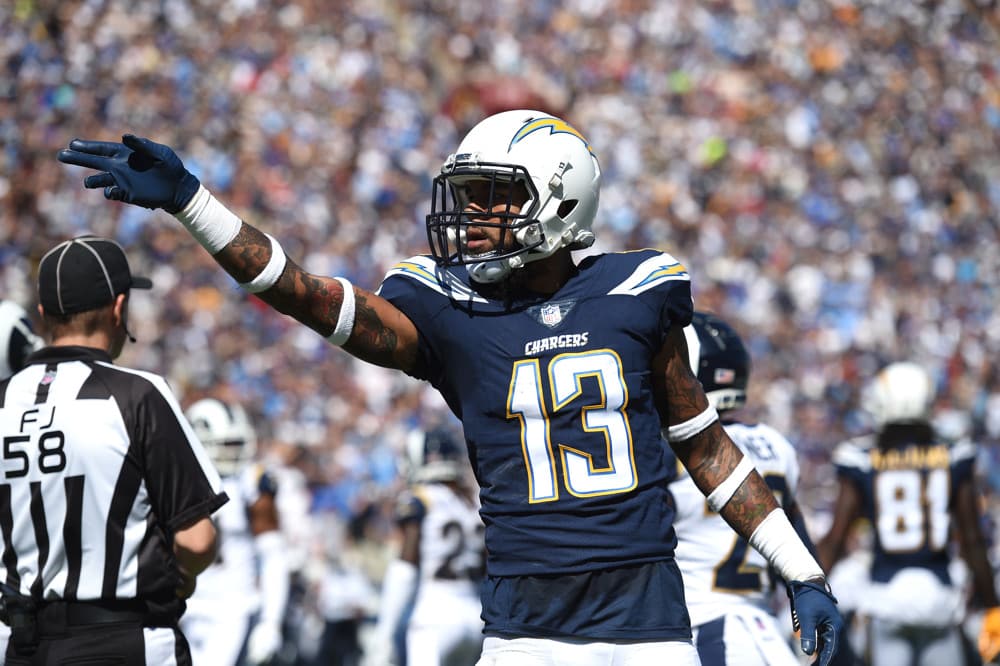 The NFL season is quickly approaching as the calendar starts its march into August and it’s time for another SGPN 2021 Fantasy Football Rankings July 20 Update. Now is the perfect time to begin your research for your upcoming fantasy drafts. Being able to get an edge on your friends is important every season. A key sleeper or an overlooked veteran can be the difference between winning your league or finishing at the bottom. Whether you play for cash, a trophy, or just bragging rights, rankings can always help you figure out who to draft. Thankfully, the SGPN Fantasy Football staff has put in the research time so you don’t have to.

It’s easy to access our collective staff rankings which we’ve done with the help of the FantasyPros expert platform. These are updated each week to keep up with the ever-changing landscape of NFL training camps and preseason activities. Among the staff rankers are Dan Titus, Nick Dant, Scott Reichel, Ryan Kramer, Sean Green, Rod Villagomez, Jeremy Popielarz, and Adam Pelletier.

This week’s update will focus on a few of the more telling differences found on our big board.

It’s clear by looking across our board that Patrick Mahomes II is almost a consensus number one quarterback. This is even true for our resident Bills fan Adam Pelletier. Even he saw it fit to give the Chiefs gunslinger the nod over his beloved Josh Allen. Outliers include Jeremy Popielarz who did not extend the same courtesy as Adam. Ryan Kramer also sees things differently. He gives both Lamar Jackson and Kyler Murray consideration before the 2018 NFL Most Valuable Player. Although, no one has a lower opinion of Mahomes as Sean Green in our 2021 Fantasy Football Rankings.

Sean has placed Mahomes in seventh place behind all of the above names while adding Russell Wilson and Ryan Tannehill to the list. What’s even more telling, is Sean’s infinite love for his Philadelphia Eagles. That can be the only explanation for his awarding Jalen Hurts the top marks on his list. There is no denying the potential for Hurts to excel does exist. At least for now, he’ll have the opportunity to prove this in a world without Carson Wentz. That said, it might be a lot to ask for the second-year back to outperform former league MVPs and All-Pros with his limited arsenal in Philly.

In a rough 2020 season, Antonio Gibson made Washington fans hopeful about the future of their running game. Gibson missed two games last year, but still managed to amass 795 yards on 170 carries. He enjoyed a massive outing against the rival Dallas Cowboys in Week 7. That day, he rushed for a season-best 128 yards on 20 carries. He managed to find the endzone with one of them. With Ryan Fitzpatrick now at the helm of the Football Team, Gibson should stand to gain some value right? Fitzmagic is fun to dream about, but the reality is not as fulfilling as the fantasy. For three of the five games with Fitzpatrick as the starter in Miami last season, the Dolphins either had as many or more rushing attempts than passing. This should bode well for Gibson’s 2021 outlook. Most of our rankers agree with the June 20 Fantasy Football Update.

Gibson slots in at the consensus RB12 on our board. That said, both Adam and Ryan have him going off as the 18th best at the position. Adam views the potential of backs like D’Andre Swift (RB13), Austin Ekeler (RB14), and even Chris Carson (RB16) as a better bet. Ryan likes Joe Mixon (RB11), Miles Sanders (RB12), and David Montgomery (RB17) more than Gibson. There is certainly a valid argument for ranking Ekeler, Swift, and Montgomery ahead of Gibson given their involvement in their team’s passing game. That said, as the season gets closer to week 1, there may be some correction to the mean on the horizon for Gibson. He makes for an interesting piece of the 2021 Fantasy Football Rankings puzzle.

If you can make it past the sticker shock of seeing Adam’s utter lack of faith in Tyreek Hill, you’ll notice Keenan Allen has to convince at least two of our rankers of his worth. Allen sits as the tenth place wideout as per the consensus. Both Scott Reichel and Sean have him outside of the Top 15. Scott has the veteran pass-catcher at WR18 while Sean charts him at WR20. For Scott, Julio Jones (WR11), Michael Thomas (WR15), and D.J. Moore (WR16) have more value. Sean puts Adam Thielen (WR15) and Chris Godwin (WR18) in front of the Chargers leading receiver.

Somehow, the belief around the fantasy football community is that Allen’s skills have declined. That narrative can not be farther from the truth. Last season, despite missing the last two games of the season, he was still only eight yards shy of his fourth straight 1,000-yard season. He enters 2021 on the field without the team’s third-leading pass catcher in Hunter Henry. The opportunity for another quality fantasy season from Allen far exceeds being ranked as a low-end WR2. Should he stay healthy, he should easily end this season closer to the Top 10, where the majority of our rankers have him.