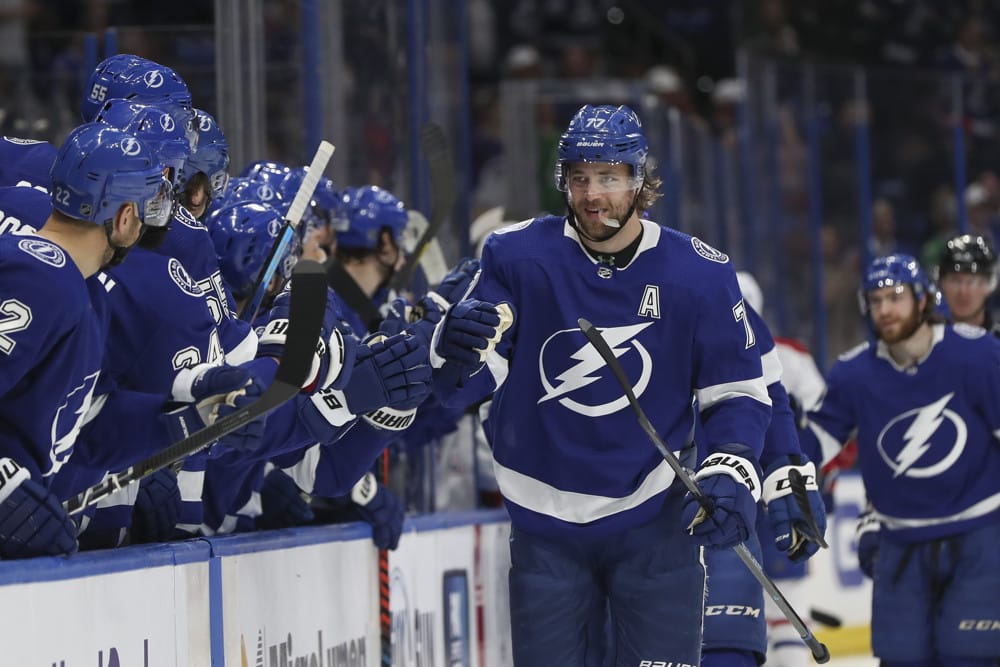 Hockey is back ladies and gentlemen! For those of you degens looking to fill the hole that weeknight NFL contests left and find basketball too boring, look no further than DraftKings hockey contests. The NHL comes back tonight and it has some great matchups on tap and some fantastic opportunities to cash your lineups.

For those unfamiliar with DraftKings’ hockey scoring, goals are the big-ticket item at 8.5 points, assists are 5 points, and you can find some value with players who take lots of shots each game. Additionally, picking a winning goalie gives you 6 points, a shutout adds 4 points, but each goal against costs you 3.5 points. Keep this in mind as you build your lineups for opening night.

Brendan Gallagher had posted back-to-back 30 goal seasons before last year’s COVID-shortened season. However, Gallagher hit the 5+ shot threshold 21 times last year and posted a goal or assist in 33 games. He has nice mid-level value and plays on Montreal’s top line and will put the puck on the net and Toronto surrendered the seventh-most goals in the 2019-20 season. The opportunity to log a ton of ice time, a weak opponent and past performance make him a strong part of any winning lineup.

The Tampa Bay Lightning are an early favorite to make a deep run and have one of the more talented teams in the NHL. Looking at the first DraftKings hockey slate of the season, Victor Hedman is a defenseman who can put up the points of a forward from the blue line. Hedman put up 22 points on the powerplay over 66 games in 2019-20. Additionally, he averaged 1.5 shots blocked per game (1.3 points). Hedman and the Lightning will be looking to put up big numbers against a soft Chicago team.

What a year for @TBLightning goaltender Andrei Vasilevskiy.#NHLStats takes a look at some of his highlights from the 2019-20 regular season. ⬇️ pic.twitter.com/6Mk9BVUZYF

Trying to piece together lineups without a firm commitment from a team as to who the starting goalie will be is challenging. Sometimes though, you want to make the chalk play and Andrei Vasilevskiy is the chalkiest of chalk plays tonight. He led the Lightning to the Stanley Cup last year and put up shutouts in one of eight games in the last three years. Playing against a soft Chicago team that was shutout five times last season and scored one or fewer goals 15 times, Vasilevskiy has a great opportunity to put up big numbers.

The Vancouver Canucks are a middle of the road team that gave up 3+ goals in 40 games last year. The Edmonton Oilers are a high-octane offense that did struggle against the Canucks in 2019-20. However, Kailer Yamamoto was nearly a point-per-game player in 2019-20 and has earned himself a spot on a potentially explosive second line. Add in the fact that he is getting reps on the top power-play line. Playing on the top power-play line means more ice time and more opportunities with more talented players. Yamamoto is a bargain-priced player who is set up to light the lamp in the inaugural DraftKings hockey slate.

Chicago could have a difficult game against the Lightning, but Dylan Strome may be able to carve out a strong role against the defending champs. Strome has been on fire since being traded to Chicago in 2018-19 and now he joins Chicago’s top-line. His energy, scoring, and shot-blocking abilities make him a well-rounded option available at a low price. It can be hard to fill out the backend of your lineup in contests. However, picking up a first-line center for only $3,100 is too good to pass up.