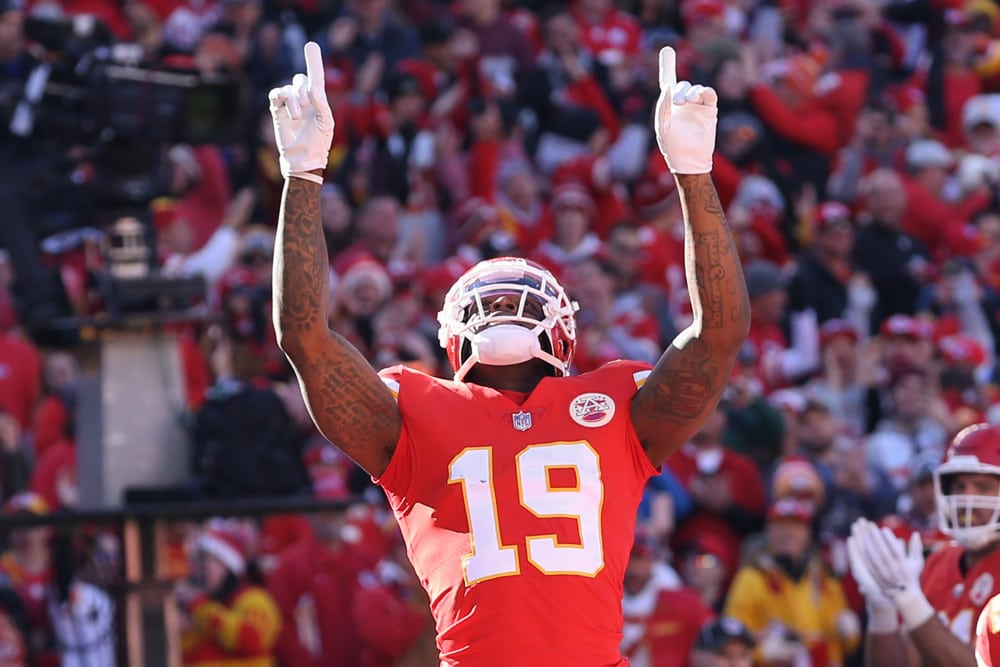 The dust has now settled on the XFL 2023 Supplemental Draft. Rosters are finally starting to take shape and training camps are now underway. As the season draws ever closer, let’s take a look at ten players selected on January 1st that should make an instant impact on their team.

Earlier this month, teams participated in a snake-style draft made of 17 rounds. Overall, 90 players were taken at various positions. Several teams were without a pick by round 13, which led to only five players being selected in rounds over the last three rounds.

XFL Players Most Likely To Make An Impact

The St. Louis Battlehawks chose to bolster protection for A.J. McCarron with the first pick in the supplemental draft. Former Michigan tackle Juwann Bushell-Beatty climbed his way through college to start at right tackle for the Wolverines in 2018. He went on to earn All Big-Ten honorable mention accolades in his senior season while blocking in front of Shea Patterson.

After going undrafted in the 2019 NFL draft, Bushell-Beatty went on to sign with the Washington Redskins. He was quickly waived by Washington and picked up by the Dallas Cowboys only to find himself waived shortly thereafter.

This will be the former Wolverine’s second stint trying to make the St. Louis roster. He was drafted 67th overall by the 2020 version of the Battlehawks. Before the season started, he was traded to the Houston Roughnecks. He appeared in three games with two starts in Houston’s pandemic-shortened undefeated season.

Bushell-Beatty found his way onto the Carolina Panthers roster in 2020 but failed to make it to the preseason. The following season, he signed with the Ottawa Redblacks of the CFL in which he managed to see the field in six games in Canada. In 2022, he was drafted by the Tampa Bay Bandits of the USFL, but once again was unable to find playing time.

He will have to battle with twelve other offensive linemen to make the opening day roster. Names like former Las Vegas Raider Jaryd Jones-Smith, who spent some time on the active roster in 2020, are among Bushell-Beatty’s competition.

No stranger to Spring football, Eli Rogers offers a veteran presence to the Orlando receiving corps. Of course, he is widely known for his time with the Pittsburgh Steelers. He appeared in 30 games in his three seasons in Pittsburgh.

Unfortunately for him, he found himself playing alongside Antonio Brown, Ju-Ju Smith Schuster, and Martavis Bryant. That made it hard to truly break out as a formidable receiver of his own. His best year as a pro came in 2016 when he registered 48 receptions for 594 yards and three touchdowns.

The 30-year-old veteran made five starts with the D.C. Defenders in the 2020 XFL season. He snared 19 total passes for 164 yards. He would later sign with the Montreal Alouettes of the CFL but did not make it on to the active roster before the start of the 2021 season.

Eli Rogers took the field today after the recent passing of his mother.

With the support of his teammates and coaches, he played a big part in the @XFLDefenders win. pic.twitter.com/GhNBqwAy1G

Rogers was drafted by the Tampa Bay Bandits in the 2022 USFL draft. Due to injury, he was unable to take the field with Jordan Ta’amu and his offense.

He should find himself on the Guardians final roster. However, he will have to contend with fellow Spring ball veteran Dontez Byrd whose resume includes stints with the Memphis Express of the AAF, the Seattle Dragons of the 2020 XFL, and ultimately, an IFL championship run with the Massachusetts Pirates.

As a three-year member of the Georgia Bulldogs, Davin Bellamy appeared in 38 games. He started 14 of 15 in his final year. All told, he logged 118 total tackles with 13 sacks. Bellamy was put on the Butkus Award Watch list in 2017 for his efforts.

He signed with the Houston Texans as an undrafted free agent following the 2018 draft. After two years on and off of the Houston practice squad, Bellamy signed on to the practice roster for the Cincinnati Bengals.

Davin Bellamy is sticking to his "humble yourself" comments. pic.twitter.com/9A5TFvUw45

In 2020, he was signed back to the Texans’ practice squad. The 2021 season saw Bellamy signed, then released, by the Tennessee Titans, the San Francisco 49ers, and the Los Angeles Chargers.

The journeyman defender finally became a professional starter when he was drafted by the New Orleans Breakers of the USFL. Bellamy would go on to finish fourth in the league with five sacks on the season. Three of those came in his Week 1 performance against Bryan Scott and the Philadelphia Stars.

At age 28, William Likely returns to Houston to play professional football. The veteran was an integral part of the Houston Gamblers’ secondary in the USFL. Likely ended his season with the third most interceptions in the league, picking off opposing quarterbacks four times.

In Week 2, he picked off future USFL champion quarterback J’Mar Smith of the Birmingham Stallions. He ran it back 43 yards for a touchdown. He also served as a kick and punt returner for the Gamblers, gaining 257 yards on 17 total returns.

Will Likely return this interception for a TD.

Likely brings with him an eight-game resume in the CFL with the Toronto Argonauts and the Hamilton Tiger-Cats. He appeared in eight total games between the two, collecting 13 defensive and three special teams tackles along the way.

Likely was signed by the New England Patriots in 2017 but was waived before the season started. He has also spent limited time with the D.C. Defenders and the Jousters of The Spring League.

Anyone who watched “United By Football,” is familiar with Reggie Northrup and his football journey. The USFL documentary outlined the former Florida State linebacker’s exploits in mixed martial arts before returning to the field for the Houston Gamblers. He would go on to finish his season second on the team in total tackles.

SCOOP 'N SCORE FOR OUR FIRST TD OF THE SEASON 😱🤯

After college, Northrup made brief NFL stops in Washington in 2016 and with the Rams later that season and into 2017. He made the jump up north to play for the Montreal Alouettes in their 2017 season. He appeared in three games with the Als accumulating 22 defensive tackles.

In 2019, Northrup found himself as the defensive leader on the Orlando Apollos of the AAF. Northrup led the unofficial league champions in tackles before the league folded. Shortly after that, he was drafted by the Tampa Bay Vipers in the 2020 XFL season. He would go on to register 15 total tackles in his first XFL stint.

This will not be the first time Emmanuel Beal will don a Vipers jersey in the XFL. The former Oklahoma Sooner linebacker last played in Tampa Bay in 2020 when they carried the name. In his time with Tampa Bay, he registered just seven total tackles in his five games on the Vipers.

Beal would stay in Tampa Bay for his next professional football appearance only this time as a member of the Bandits in the USFL. He enjoyed a much more successful season this time around collecting 45 total tackles for the Bandits which landed him fourth on the team.

In college, Beal led the Sooners in total tackles in the 2017 season which earned him an All Big-12 honorable mention. He was a junior college transfer to Oklahoma and accounted for 127 tackles and 2.5 sacks in his two seasons there.

Yes, Josh Gordon is still playing football. It almost seems unnecessary at this point to rehash the embattled former NFL superstar’s rise and fall in the league. Gordon bounced from the Cleveland Browns to the New England Patriots, to the Seattle Seahawks, to the Kansas City Chiefs, and eventually the Tennessee Titans. Each stop ended with Gordon looking for another place to play.

One, “blink and you may have missed it,” moment in his football career came in 2021 when he took the field with the Zappers of the Fan Controlled Football League. Gordon played in two games in the FCF catching seven passes for 100 yards. Three of those were touchdowns.

It’s hard to believe, but Gordon is now 31 years old. He will play the elder statesman to a much younger wide receiving corps on average. This may likely be his last chance to play professional football. Of course, he will have to make several changes to his off-field exploits to keep himself on the field.

Many Spring football fans know De’Veon Smith not for his on-field accomplishments. No, most remember his untimely and ugly exit from the USFL’s Pittsburgh Maulers roster at the hands of head coach Kirby Wilson. After allegedly violating a team policy by disrespecting a cafeteria worker, Smith was dismissed before the season even started. To make matters worse, he was let go in front of a national audience during the airing of the USFL documentary.

However, before the controversy, Smith built a solid Spring football resume. He was part of a one-two punch in the Orlando Apollos backfield alongside D’Ernest Johnson. Smith gained 345 yards on 75 carries. He also finished tied for the second most touchdowns in the league, crossing the goal line six times in his eight games.

HOW DID DE'VEON SMITH HANG ON TO THIS?! 😱

Smith would go on to find redemption in the XFL in 2020 as a member of the Tampa Bay Vipers. He led the league in rushing with 365 yards on the ground in the five-game season. He was also the league leader in total carries, toting the ball 90 times.

On top of all of that, Smith has gotten looks from the B.C. Lions as well as the Aviators of The Spring League. Even still, he has not touched the field for a regular season game since 2020.

Last season, Reggie Corbin was named to the inaugural All-USFL team. As the leading rusher on the Michigan Panthers, Corbin ran for 519 yards. He finished the season with the fourth most rushing yards in the league. His time in Michigan has been his only professional experience in football.

Before the USFL, Corbin was a 1,000-yard rusher for the University of Illinois. In his junior season, he carried the ball 148 times for 1,085 yards and nine touchdowns. After college, he was signed by the B.C. Lions in 2021, but failed to make it to the active roster.

Remember when @USFLPanthers RB @ReggieCorbin took it 8️⃣8️⃣ yards to the HOUSE?! 💨

He did earn a look from the Seattle Seahawks in Week 16 of the 2021 season. The Seahawks had just placed Adrian Peterson on the injured reserve list and invited Corbin for a workout. Sadly, he contracted COVID-19 on his way to Seattle and was unable to try out for the team.

As a member of the Michigan Panthers of the USFL last season, Devin Ross ended the year with 312 yards receiving. He landed as the third best wideout on the team in that category. Overall, he came out of his first season of professional football just outside of the top 20 in receiving.

Now that we are back from spring break check out the best of Devin Ross in his career highlight video pic.twitter.com/QZN20QaQw5

Ross totaled 1,643 receiving yards and nine touchdowns in his time as a Colorado Buffalo. He will share the field with Spring football veteran Jalen Toliver.