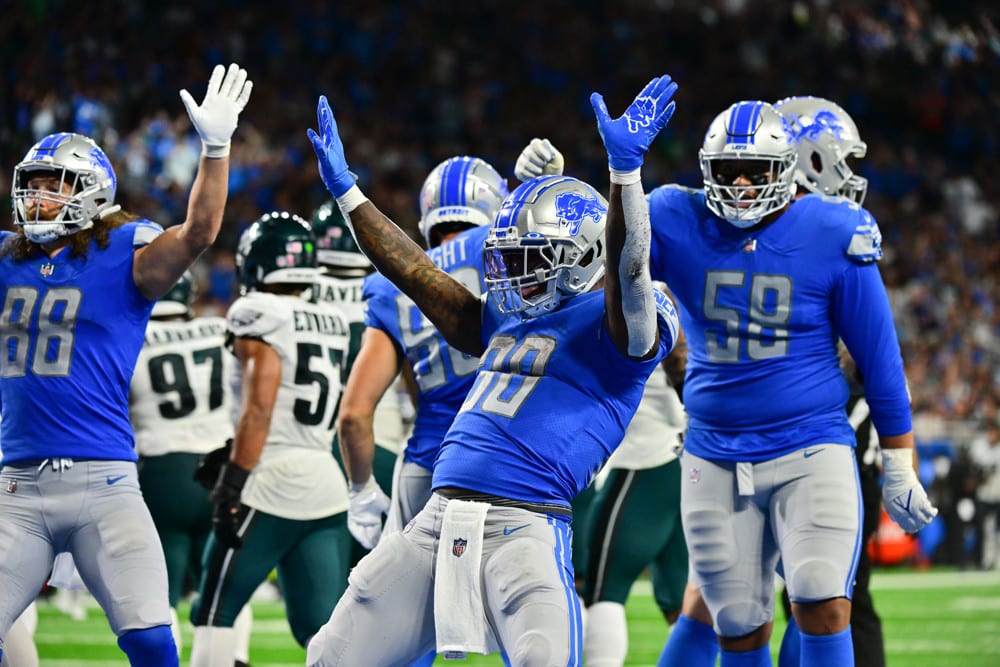 Week one is in the books! What A roller coaster ride Sunday was! Week one had a few key fantasy players who didn’t start due to injury, George Kittle, J.K Dobbins, and Ken Walker to name a few. A few others that your team counted on just flat didn’t show up, I’m looking at you Mike Williams, Cam Akers, Cole Kmet, and Matthew Stafford just to name a few.

Your fantasy season isn’t over yet though! If your team lost don’t panic just yet, the waiver wire is where most fantasy seasons are won or lost. Even if your team won this week, it’s important to scour the waiver wire and keep adjusting and changing with new information. Let’s take a look at who’s available, and worth picking up on the week two waiver wre. Points will be referred to in the PPR format, roster percentages from Sleeper.

Robinson is rostered in a lot of leagues, but this number should be 100%. Robinson was a question mark on if he would even play this week. He did play and was the clear number one back for Doug Peterson and the Jaguars offense. Eleven carries for 66 yards, 1 touchdown, and a couple of targets on the day. Additionally, Travis Etienne had only 4 attempts on the ground. 19.9 points was a huge day if you played him. If you are one of the 17.1% of leagues that he’s not rostered in, Robinson would be my top target.

D’Andre Swift was one of the top Running Backs of the week and he scored 26.5 points on the day. His backfield running mate Jamaal Williams wasn’t too far behind. 16-points on 11 carries for 28 yards and 2 rushing touchdowns. Swift is the top back, however similar to Kareem Hunt, Williams appears to be a guy who’s going to have a carved-out role in this kneecap-biting offense. Make sure you pick Williams up in your league.

Rex Burkhead dominated snaps (71%) for the Texans despite playing with a lead.

Who knows how long he can do this, but that is RB1/RB2 utilization 😂🤣😂

Rex is a curious case. He’s one of those Running Backs everyone is scared to start. All the hype this off-season said that rookie Dameon Pierce was going to be the guy who was going to dominate touches. That wasn’t the case in week one. I wouldn’t suggest dropping Pierce by any means of course. Nonetheless, Burkhead was the lead back for the Texans. 12-points on the day with 14 attempts for 40 yards, and more impressively 8 targets for 30 yards too. Rex was very involved and didn’t even make it into the end zone. He’s below Robinson and Williams on my pick-up list, but I think Rex needs to be rostered at this point.

Anderson commented on not wanting Baker Mayfield to join the team amid trade rumors this summer. Baker was ultimately traded to the team, and it raised questions about how the two might work together. Questions answered! Baker targeted Anderson 8 times on Sunday for 5 receptions, 102 yards, and a touchdown. One of those was a 75-yard reception. It seems clear though that these two have a connection already. Anderson was the clear #1 target this week and I would look to pick Anderson up on waivers this week

Curtis Samuel, the big free-agent signing by Washington that barely played last season, scores the first touchdown of the season for them.

Samuel had everyone excited going into the 2021 season last year after an impressive 2020 campaign. An injury-plagued season led to him not playing very well and not being productive. With the addition of rookie Jahan Dotson, nobody knew where Samuel would fit in this offense. Samuel had both the most targets (11) and receptions (8) in the Commander’s opening game. 55-yards and a touchdown led to 19.2 points scored for Samuel on the week. It appears Samuel will be a major part of this team and is someone to consider picking up off the wire.

Tight End is one of the hardest positions to navigate in fantasy football. Some guys show up huge one week and then lay a big goose egg the next. I always advise avoiding overreacting or going crazy on FAAB with the Tight End position. That being said, if you need some help Howard is worth a look. Howard was the 19th overall selection in the 2017 draft, while he’s not lived up to that pick, he’s had his moments. This Texans offense is young and trying to figure out what their team will look like. Howard only had 2 targets and both went for touchdowns which inflated his numbers. I wouldn’t expect to grab him and not worry about the position the rest of the year, but if you have the space and can stash him, he’s worth watching.

Gerald Everett backpedals his way into the end zone. What a throw by Herbert 💪

I mentioned above the difficulty of the Tight End position in fantasy football. Stud Wide Receiver Keenan Allen went down in Sunday’s contest with the Las Vegas Raiders with a hamstring injury. After the game, Allen said there is a “small possibility” he plays next week against the Chiefs. The Chiefs put up 44-points this week and this game figures to be a shootout. If Allen isn’t an option, or is at least limited, Everett could be a huge winner in the target share department. Again, don’t spend it all on Tight End, however Everett would be my top TE target if you need help.

This is the most Carson Wentz game ever pic.twitter.com/T9GBRaAiFC

Wentz has shown us a near MVP season before. I’m still not sold on him being a long-term answer to anything. You can’t deny the numbers though, Wentz racked up 29.7 fantasy points with 313-yards and 4 touchdowns on Sunday. Coming up he’s got the Detroit Lions who gave up 38-points to the Philadelphia Eagles. Those are the same Eagles who gave up 35 to the Lions. If you need some help at QB Wentz could at least be a temporary answer.

Second TD of the game for Dontrell Hilliard ⚡

21.9 points in week one! Is this Hilliard’s points or Derek Henry’s? It is Hilliard’s, but don’t take the point total at face value. Hilliard had only 2 carries in week one for 8 yards and was only targeted 4 times with 3 catches. I wouldn’t expect these numbers again though. Henry is the workhorse and should rebound and end up getting rushing touchdowns later in the season. If you are very desperate or have deep benches he might be worth a stash. But I wouldn’t trust starting him or blowing my FAAB budget on him.