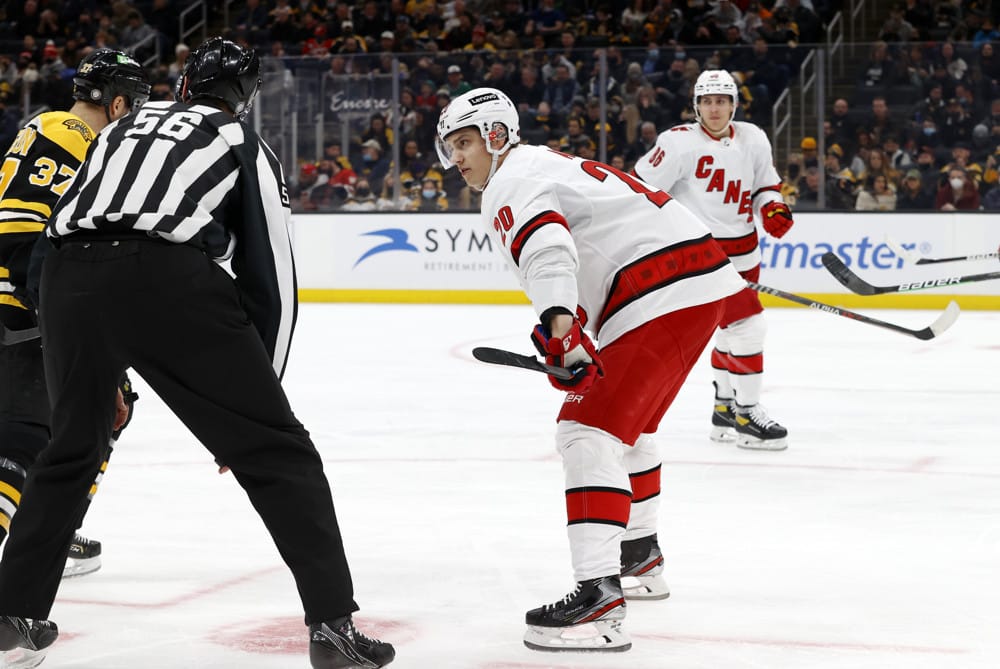 The NHL regular season is in the books and the Stanley Cup Playoffs are here. We’re going to be previewing every NHL Playoffs series with predictions, betting odds, schedule, picks, and best bets. And we’ll have plenty of other NHL content for you throughout the Stanley Cup Playoffs, so keep an eye out for that. Let’s just get right into it with the Metropolitan Division, previewing Carolina Hurricanes vs. Boston Bruins, and New York Rangers vs. Pittsburgh Penguins with odds, the schedule, picks, predictions, best bets, and more!

*Tuesday, May 10: Bruins at Hurricanes, TBD

*Thursday, May 12: Hurricanes at Bruins, TBD

*Saturday, May 14: Bruins at Hurricanes, TBD

The Hurricanes took the Metropolitan Division by storm this season, finishing with six more points (116) than the second-place Rangers. Carolina is a strong team with a good foundation and system. The Canes went 29-8-4 at home and a respectable 25-12-4 on the road.

Boston is also a solid squad. The Bruins finished just behind the Tampa Bay Lightning for third place in the Atlantic Division, putting them into the first Wild Card spot and moving them into the Metropolitan side of the playoff bracket. Like Carolina, the B’s were 26-13-2 at home and 25-13-3 on the road. They can win anywhere.

Why the Hurricanes will win

The Hurricanes swept the three-game season series against the Bruins and it wasn’t particularly close. They won 3-0 (one ENG) at home on October 28th, had a five-goal first-period outburst en route to a 7-1 win in Boston on January 18th, and finished off the season series with another shutout and blowout with a 6-0 victory in Beantown.Carolina seems to have Boston’s number this season and that will need to continue if the top-seeded Hurricanes want to get out of the first round.

The Canes are dealing with a key injury in the crease with Frederik Andersen out for an undetermined amount of time. However, Antti Raanta has filled in admirably this season, going 15-5-3 with two shutouts, a .912 SV%, and 2.45 GAA. Unfortunately, Raanta has limited playoff experience as a backup in New York and Arizona.

Having said that, Carolina has a good defensive system that helps prop up its netminders. Alex Nedeljkovic (.932 SV%) and Petr Mrazek (.923) both played well last season for the Hurricanes before floundering this season in new systems. On top of that, Boston has had its own goalie issues with Linus Ullmark and Jeremy Swayman replacing the recently-retired Tuukka Rask.

The Hurricanes are a deep team (five 20-goal scorers, 11 10-goal scorers) with Rod Brind’Amour behind the bench. That should propel them to victory.

Why the Bruins will win

The Bruins were the best puck possession team in terms of 5-on-5 expected goals for this season, but their middle-of-the-pack .918 SV% at 5-on-5 held them down; as did their second-worst 7.26% shooting. You have to figure that should turn around sometime, and if there’s a time for it it’s the playoffs.

Boston is led by Brad Marchand, David Pastrnak, and Patrice Bergeron up front. Taylor Hall has been a nice addition to the top-six after being acquired last season. They’ve shuffled their lines around at times with middle-six forward Erik Haula, Charlie Coyle, Jake DeBrusk, and Craig Smith all having their time in the limelight. The B’s will need that to continue in the playoffs.

So, if the Bruins win this series it’ll be on the backs of their veterans; the guys that have done it before. That’s invaluable in the playoffs.

I’ve been pumping the Hurricanes’ tires since the beginning of the season. They’re a team that, despite being a Bunch of Jerks, is built the right way. They are well-coached, have a strong group of players that contribute up and down the lineup, and know how to beat the Bruins.

I am wary of the Andersen injury, but I also think that’s baked into the line. If he was healthy, the Hurricanes would be much bigger favorites. And it’s quite possible that he returns before the end of the series –– there’s no real timetable out there on him yet. Even if he doesn’t return, I like the Hurricanes in this series. The Bruins only managed one goal in three games against them with the Canes picking up three relatively easy victories.

*Wednesday, May 11: Penguins at Rangers, TBD

*Friday, May 13: Rangers at Penguins, TBD

*Sunday, May 15: Penguins at Rangers, TBD

This should be a great series in the Metropolitan Division side of the bracket; it’s a pick’em for a reason. There is strong reasoning on both sides in this series.

Why the Rangers will win

The Rangers took the four-game season series against the Penguins, winning the last three matchups. They lost 1-0 in Pittsburgh on February 26th, but bounced back with a 5-1 home win on March 25th, a 3-2 win in Pittsburgh on the 29th, and a 3-0 home win (one ENG) on April 7th.

On the other hand, the Penguins are without Tristan Jarry (week-to-week, broken bone in foot). Casey DeSmith had solid numbers this season but he isn’t on Jarry’s level.

The Rangers also have the reigning Norris Trophy winner, Adam Fox, who put up another 74 points this season. Artemi Panarin (96 points), Mika Zibanejad (81 points) and Chris Kreider (52 goals, 77 points) lead the way up front. They had some depth issues that they addressed quite well at the trade deadline with Andrew Copp (18 points in 16 games) and Frank Vatrano (13 points in 22 games).

Goaltending and special teams are huge in the playoffs and the Rangers are great at both. They had the fourth-best power play (25.2%) and seventh-best penalty kill (82.3%) in the regular season.

Why the Penguins will win

Home-ice advantage may mean something for Shesterkin and the Rangers, but the Penguins –– like the Bruins –– can win anywhere. They had 23 wins both at home and on the road this season.

As with many of the teams in these playoffs, especially the “underdogs,” the Penguins have experience on their side. Sidney Crosby, Evgeni Malkin, Jake Guentzel, Bryan Rust, and Kris Letang have all won the Cup with the Penguins before. Pittsburgh has also turned Jeff Carter back into an effective player and he has a few rings as well.

It’s hard to bet against Crosby & Co. in the playoffs. That’s why they’re -110 despite missing their starting goalie.

This is probably the toughest matchup to call in the first round. The odds show that and these teams were only separated by seven points in the standings. However, I do lean quite heavily to one side.

As with the Hurricanes-Bruins series, the Rangers seem to know how to beat the Penguins this season –– and now it’s DeSmith in net.