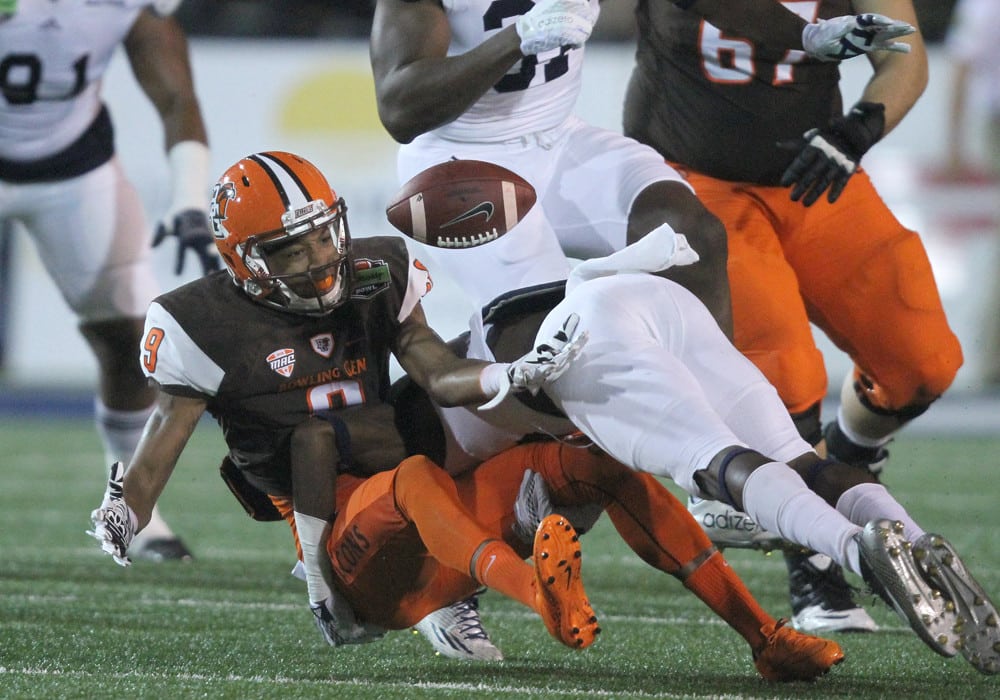 Week 1 of the USFL season has arrived and there are some surprise inactives that will have fantasy managers and gamblers rethinking their approach. There are plenty of relevant players who are inactive for this weekend and impact fantasy rosters. Don’t get caught with an inactive player in your lineup and get these guys out of your starting lineup ASAP.

The big news for the Stallions is the clarity fantasy managers will get with the running back and wide receiver category. For running back, Jordan Chunn being inactive means that Tony Brooks-James and C.J. Marable will clearly be the dominant forces out of the backfield. In the receiving room, Peyton Ramzy is sitting this one out which means Victor Bolden, Manasseh Bailey, and Osirus Mitchell will be dominating the target shares. Lastly, Cary Angeline will be the only active tight end with Sage Surratt sitting out.

On the Generals’ side, Mike Weber was a preseason darling but will be inactive Saturday night. That means it will be the Darius Victor and Trey Williams show. Williams handled a bulk of the receiving work for Mike Riley in the XFL. Victor should handle the early-down work as well. Scoop them up ASAP. Cameron Echols-Luper being inactive isn’t major news for the receiving room.

Despite Dalyn Dawkins being limited earlier this week in practice, he is active. He will likely dominate the workload for the Gamblers with Devwah Whaley being inactive. Mark Thompson might factor in a little. Tyler Simmons and Teo Redding being inactive removes two receivers from a crowded receiving room. This means Houston will be spreading the work between Tyler Palka, Anthony Ratliff-Williams, JoJo Ward, and Isaiah Zuber. Hopefully, you can guess right with who to start after the inactives drop for USFL Week 1.

On the Panthers’ side of the ball, Reggie Corbin is inactive which means Cameron Scarlett and Stevie Scott III will be dominating the run-first backfield. With Ray Bolden inactive it leaves Michigan with only three active receivers. Jeff Badet will likely dominate the target share while Lance Lenoir and Devin Ross should contribute as well. With Connor Davis also out it will open up the door for La’Michael Pettway, a converted college receiver to do more. Marcus Baugh and Joseph Magnifico will also see time.

The Stars clarified their backfield situation with Matt Colburn and Darnell Holland being established as the main guys with Paul Terry out. As for pass catchers, Brennan Eagles got a lot of early hype pre-draft, but he is inactive. The receiving corps is quite crowded as far as receivers go, but Bug Howard could lead out of the tight end position. Devin Gray and Jordan Suell are also interesting names as the go-to guy for Bryan Scott.

New Orleans is sitting pre-season darling Larry Rose III and that means it will likely be T.J. Logan and Jordan Ellis leading the backfield. Taywan Taylor and Justin Johnson are among the pass catchers sitting out this weekend. Johnnie Dixon, Chad Williams, and Shawn Poindexter will be leading the receiving corps. The USFL Week 1 inactives are heavy on the defensive side, but that should not have too much impact on games.

The Tampa Bay Bandits will be down two receivers for their week 1 matchup with the Pittsburgh Maulers Both John Franklin III and Keith Mumphrey will be inactive in Week 1. The Franklin news is somewhat surprising given his ability to be used as a Swiss army knife and a gadget player. Mumphrey also being inactive likely means the majority of the passing work will work through Derrick Willies, Derrick Dillon, Jordan Lasley, and Vinny Papale. Keep an eye on Willies and Papale in particular. Willies is likely to step in as the number one target and there have been reports coming out of camp that Papale has developed quite the rapport with Jordan Ta’amu.

The offense line will be one rotational piece short with Jalen Booth inactive and the defense may be a little shorthanded with Rashard Causey, Rannell Hall, Mehki Brown, and Austrian Robinson all among the inactives for USFL Week 1.

The Maulers will also be down two receivers as both Branden Mack and Tre Walker are inactive. The most surprising development here is Mack as many saw him as a potential number 1 receiver in this offense. The Maulers may not utilize their receivers as much as other teams in the league but look for Jeffrey Thomas to step up and serve in that role this week and potentially going forward. Look for the targets to be distributed among Thomas, Bailer Gaither, and Delvon Hardaway in Week 1.

The rest of the inactives for the Maulers are on the defensive side of the ball as Malcolm Howard, Blair Brown, Prince Robinson, and Malcolm Elmore are all inactive. Defensive depth will definitely be tested in this matchup and around the USFL in Week 1 after the inactives drop.

WR DelVon Hardaway (@_iamhardaway) makes the Conquerors pay after an interception to secure the first points of the half for the Aviators.

XP is no good. pic.twitter.com/yYDkpOVUn9