The 2022 American Express Picks and Props 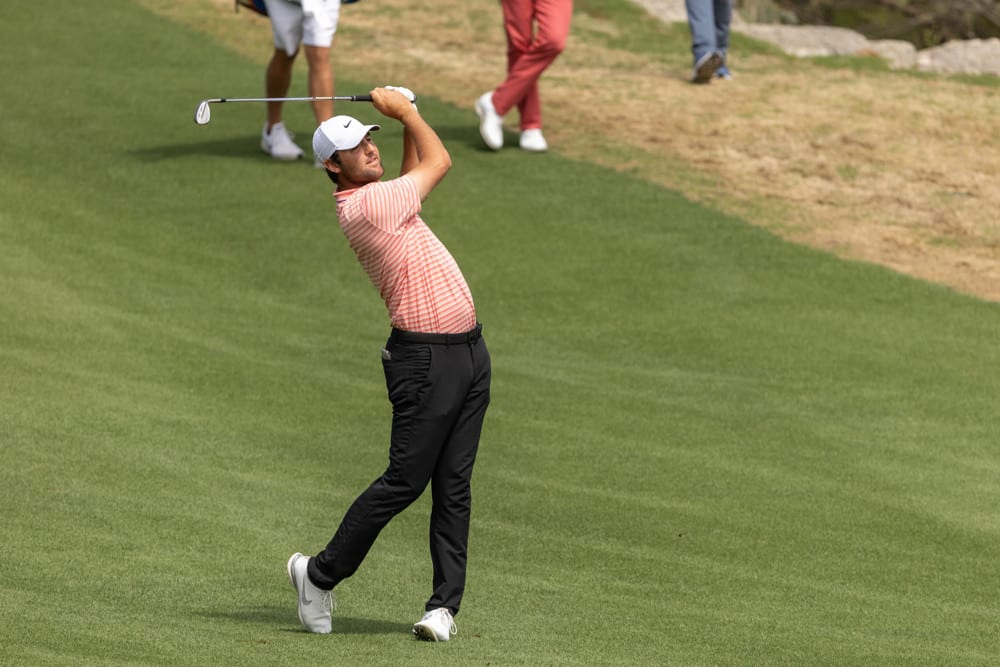 It’s pretty surreal seeing two guys under 10/1 to win the tournament. But the books deem Jon Rahm and Patrick Cantlay as that much superior. If there’s anyone who at his ceiling can go toe-to-toe with both of them, it’s Scheffler. Scheffler is battle-tested with several great finishes in big events last year. All his 2021 metrics check a lot of boxes of what a bettor is looking for at the American Express. And he has past success in this tournament. Scheffler shared the 54 hole lead with Andrew Landry at the 2020 American Express. But a final round 70 saw him lose ground to both Landry and a hard-charging Abraham Ancer. But that was when Scheffler was a rookie. Still looking for his first win, he has much more gumption to get the job in 2022. At long last, Scheffler may finally pick up his first win at the American Express.

Conners doesn’t have a great track record in this event. A T50 and a missed cut are everything he has to his name here. But those came before his breakthrough win in 2019 at the Valero Texas Open. And he’s a much more refined player now. Gamblers have other things they can grab on to for a bet on Conners this week. He has a pretty good track record overall on overseeded surfaces. He also has a few notable finishes on other Pete Dye tracks like Harbour Town and TPC Sawgrass. And his once-maligned putting is actually starting to turn itself around. He’s beginning to show some spike weeks while avoiding crippling disastrous ones. The last time he had a truly abysmal putting week was the Scottish Open last July. Since then, things have been relatively ok. He’s played so well over the last year to come up empty in the trophy case. Maybe this is his week to get another victory.

Like Conners, Tringale doesn’t have all that great of a track record here either. His last Top 20 finish in this event came in 2016. Since then, it’s nothing to write home about. But like Conners, Tringale has some crossover success on other overseeded tracks. And he’s knocked on the door so many times over the last year. Over the last 12 months, Tringale has entered the final round within 5 shots of the lead 9 times. That’s second-most on the PGA Tour. And he’s 0-9 because he just can’t seem to close on Sunday. I must be nuts going two straight weeks backing a horse who limps to the finish line. But what Henley couldn’t do, maybe Tringale can this week.

Ancer has been dreadful to start the season. He was nearly DFL at the Sentry Tournament of Champions and collapsed on the back nine on Friday at the Sony Open to miss the cut. His problems seem to be with his putter. Over 6 rounds in 2022, half of them saw Ancer lose over 1.5 strokes putting to the field that day. His best day came in the second round at Kapalua, where he only gained 0.55 on the field.

His struggles are curious because was so good with the putter in 2021. Has the ban on the greens reading books affected him? Or is his recent struggles because he’s been putting on Bermuda – one of his worst surfaces. On overseeded greens, however, Ancer has been really good. In his career, Ancer gains 0.4 strokes per round on overseeded greens. Maybe getting him on a more favorable surface will jump-start him? And he’s hit the ball relatively ok this season. A bounce back at PGA West might be in order.

Since the tournament added the Stadium Course, it’s been a little wonky. Rahm won this event in 2018 at 8/1. Hudson Swafford, Jason Dufner, and Si Woo Kim all were between 40-60/1 when they won. And we’ve seen a few extreme longshots win it too. Andrew Landry, 2020 Winner, was 200/1 pre-tournament. Adam Long, 2019 Champion, was 300/1. As such, maybe this is a good week to take some stabs deep down the card. Here are a few of my favorite longshot picks of the week.

So far, Buckley has been the cream of the crop of the 2021 Korn Ferry Graduates. Over his first 15 ShotLink rounds, Buckley is gaining 1.3 strokes per round tee-to-green. And he’s gaining 0.34 strokes per round on the greens in that stretch. That’s helped parlay him a pair of Top 10’s in the fall and a T12 last week at the Sony Open. As predicted on the Golf Gambling Podcast, I said the first rookie to win on the PGA Tour would be Buckley. And I picked it to happen at the American Express. So of course I have to bet it! Do the same too.

K.H. Lee has been sneaky good ever since last summer. Since the Rocket Mortgage Classic, Lee has six Top 30 finishes. He played tremendously at last year’s Waste Management Phoenix Open, which is set up in a similar manner as PGA West is. And he’s hit the ball pretty well lately too. A proven winner on the PGA Tour, he could pick up his second win at the American Express.

Hickok has some pretty solid golf on his resume over the last 6 months. Hickok lost in a playoff to Harris English at TPC River Highlands – a Pete Dye-adjacent golf course. He finished 4th at the Houston Open last fall. He posted a respectable T20 last week at the Sony. And his history at PGA West is pretty decent. He would certainly fit the mold of an Adam Long and an Andrew Landry if he were to win this week. Take a shot on him.

There’s a ton of uncertainty this week. So why not bet Jon Rahm to finish inside the Top 10 like you’d bet a football game. Not only is Jon Rahm awesome at this place, he’s a Top 10 machine. Rahm finished inside the Top 10 in 13 of 21 events in 2021. He picked up where he left off with a 2nd at the Sentry Tournament of Champions. Considering the juice here is reasonable, add it to your card.

Admittedly, a chalky selection for a positional prop. But Hadwin is the King of PGA West. He’s on record for how much he loves playing on these overseeded greens. That’s why he’s had success at the three primary overseeded golf courses on the PGA Tour – Innisbrook, TPC Scottsdale, and here. Pick Hadwin at +310 for another solid finish at the American Express.

Even if Henley didn’t suffer a heartbreak last week, I still would fade him. Henley has not done well at PGA West in his career. Henley has played the American Express five times since the Stadium Course was added to the tournament. His best finish is T49 and he’s missed the cut in four consecutive tries. At least Power has a Top 15 to his name at this tournament. And he continues to play superb golf. Power should beat Henley straight up at the American Express.

However, he also is fantastic at La Quinta, which returns to the rotation this year. There, Reed has gained 1.74 strokes per round on the field in 6 career tries. And while Si Woo Kim won this event last year, it didn’t include La Quinta. And Si Woo wasn’t very good on that course in his two appearances. Take Reed to get off to a fast start at La Quinta and beat Si Woo Kim on Thursday.