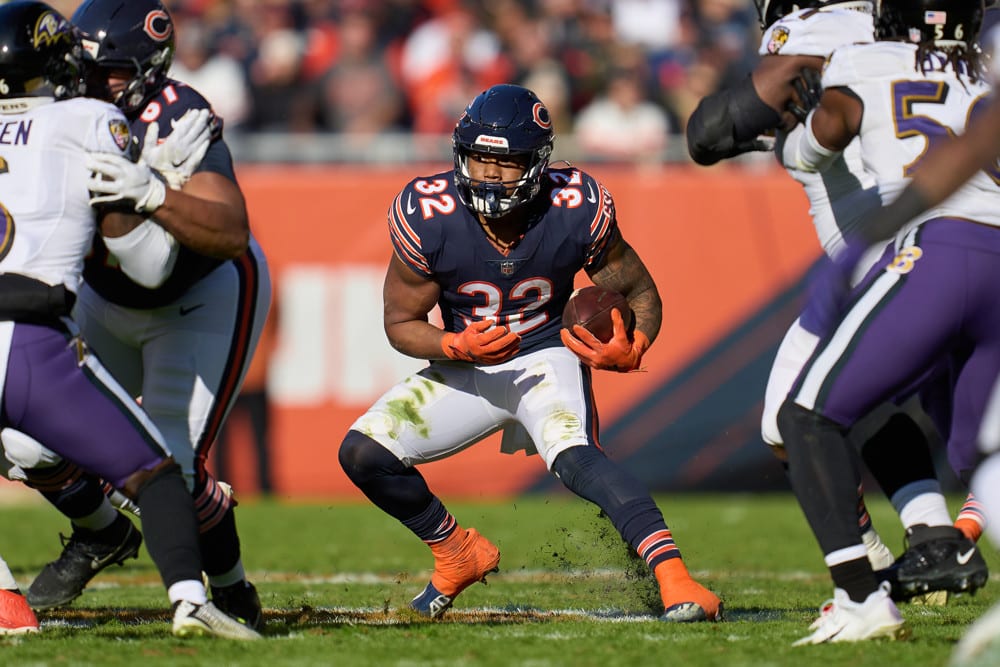 The Chicago Bears will face the Detroit Lions to kick off the Thanksgiving Day tripleheader. The Lions over the last three weeks are bottom fourth in the league in rushing yards allowed per attempt. Furthermore, the Lions rank dead last in rushing yards allowed per game over the last three games. David Montgomery returned to action for the Bears a few weeks ago and has an average of 14.5 attempts since his return. Additionally, in the Week 4 matchup versus the Lions at home, Montgomery ran for 106 yards on 23 attempts. I feel more confident about this bet since Andy Dalton will be starting the game for the Bears.

The Dallas Cowboys on offense are getting shelled with injuries. They will be without Amari Cooper due to Covid-19 and Ceedee Lamb is trying to come back from suffering a concussion on Sunday against the Chiefs. Furthermore, Ezekiel Elliott suffered an ankle injury and will be limited. I believe this is a great opportunity for Pollard to step up and have a great game for the Cowboys. Over the last six weeks, Tony Pollard has exceeded this number in five of those games. Additionally, the Raiders defense is allowing opposing running backs 40 receiving yards per game. Give me the Over on this NFL Thanksgiving Day player prop!

I am fading the Saints defense here because it has been atrocious over the last three weeks defending the pass. In fact, over the last three weeks, the Saints secondary has allowed long receptions of, 64, 49, 50, 39, and 33. The 33 was to Jalen Hurts who is not the best passer in the league but that could equate to 50 yards for Josh Allen. I believe this is a game where we see the Bills passing game have its way against the secondary and I am confident that Josh Allen can get one over the top of this defense for a long pass.

Dak Prescott only has 26 rush attempts on the season so far that has equated to 91 total yards. In addition, Dak has exceeded over 8.5 longest attempts just twice this season. In fact, over the last five games Dak has played, he has a total of nine rush attempts for 38 yards. I do not expect Dak to run a lot in this game risking further injury to an already depleted Cowboys team.

Tre’Quan Smith has stepped into this wide receiving group and emerged as a big playmaker for this team. Like the Cowboys, the Saints are also dealing with injuries on the offensive side of the football. Alvin Kamara and Adam Trautman may miss the game for the Saints. Furthermore, since Trevor Siemian took over as the starter for the Saints, Smith has a total of 12 catches on 19 total targets and exceeded this projection every week. Give me the Over on this NFL Thanksgiving Day player prop!