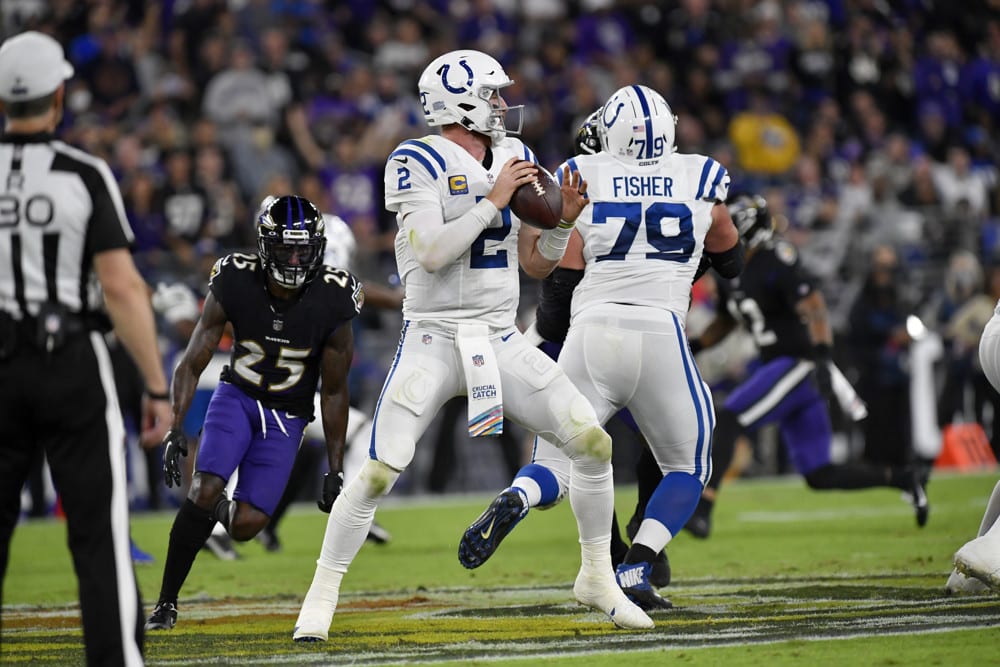 Sunday Night Football Player Props added another profitable going 2-1. I wasn’t too far away from a 3-0 night but I will strive for that for the Thursday Night Football game between the Jets and the Colts. Carson Wentz looks for redemption after an abysmal finish to the game last week. Meanwhile, the Jets are coming off a win upsetting the Bengals as a 10.5 point underdog. Let me dive into the player props for this game!

Carson Wentz is coming off another game to forget against the Titans last week. However, Wentz is not a stranger to deep completions to his receivers thru the course of the season. In fact, Wentz has completed passes over 37 yards in six out of the eight games so far. Additionally, he’s done it in six straight games. Furthermore, the Jets defense is prone to giving deep catches. The Jets’ secondary is #29 over the last three games in opponent yards per completion. More so, the Jets’ defense over the last three weeks has allowed completions of 39, 46, 54, and 46 to their respective opponents. I love this player prop bet to go over the total!

Michael Carter Over 85.5 Rushing and Receiving

Since Mike White has taken over the starting quarterback job, Michael Carter can not be ignored. Over the last two games of the season, Carter has finished with 172 total yards and 104 total yards respectively. Furthermore, Carter has a total of 23 targets in the passing game and 26 total rush attempts in the running game. Despite the Colts’ rush defense being top 10 in the league, I believe Carter can still have a big game against the Colts with White as the quarterback.