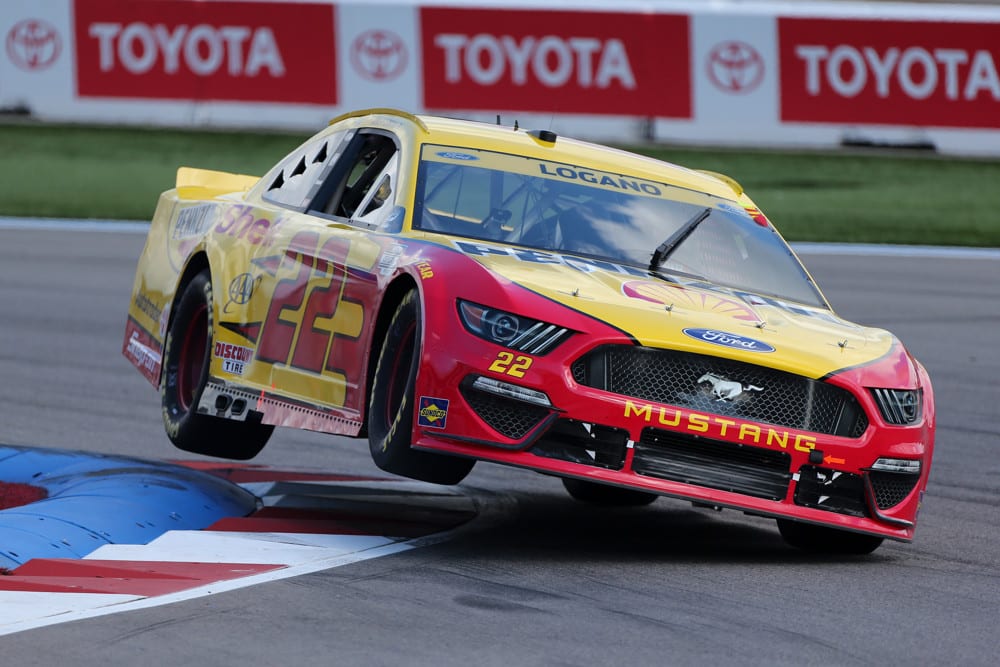 Welcome back, race fans! After a bit of a disappointing result at Kansas, we’re previewing our best bets for a manic Martinsville weekend.

All three Series are on display, and it promises to be full of drama, storylines, and excitement!

Immediately following the conclusion of the trucks, The Xfinity Series tangles with “the paperclip” under the lights.  Martinsville is an extremely technical track, and we’ve found a few markets where we can take advantage of a talent disparity.

1u AJ Allmendinger to finish better than Daniel Hemric -115 (MGM)

AJ Allmendinger has had an incredibly strong season and is currently tied with Austin Cindric for the series point lead. He has an impressive resume this year, which includes a Cup Series win and five trips to victory lane in the Xfinity Series.  He also has 21 career Cup starts at Martinsville and finished in the top-10 seven times.

Allmendinger is best known as a road course race but has been excelling at all track types this year.  Daniel Hemric brings two Cup starts at Martinsville, finishing 27th and 17th.  He has also never won in either series and has a knack for finding trouble even while piloting top-tier equipment.  He already starts behind the eight-ball, after failing the post-race inspection last week and losing valuable pit stall selection on a tight pit road.  We’ll take the dinger.

There are eight drivers remaining who still have Championship aspirations.  The field of title contenders gets cut in half at the conclusion of this race, and these men will surely be pulling out all the stops to make sure they advance. There are quite a few markets that represent huge value for this weekend.

We flip to the 750 horsepower vehicle package on Sunday which presents some opportunities to take advantage of recency bias.  Joey Logano typically struggles in the 550 horsepower package, but is one of the best in the business while using this weekend’s set-up.  Logano ranks third in the overall short track rating, and second in short flat track total speed rating.

Looking back further, Logano ranked first in 2020 for average green flag speed.  He also NEEDS to be upfront and collect stage points, as there is a slim chance he can point his way into the finale next weekend.  A win guarantees his spot, and that will be his ultimate goal Sunday.

Ryan Newman may only have two races remaining in his Cup Series career.  He has had a disappointing year, and still remains unsigned heading into next. But we think this old dog may have a few tricks left up his sleeve.  He has 39 career starts at Martinsville, including one win, eight top-5s, 17 top-10s, and 31 top-20s.  He has cleared the number we need in 11 out of the last 12 stops here, and we are getting even money!  Sign us up for this one.

1u Aric Almirola to finish ahead of Tyler Reddick +115 (Draftkings)

Aric Almirola has also struggled mightily at times this year.  His team, Stewart Haas Racing, has openly admitted to not being as competitive on certain track types this year due to the pending parts freeze, and changes to Nascar’s aerodynamic rules.  However, Almirola has been good in certain areas this year, including short tracks…even cashing a +8000 outright for us at Loudon.

There is one metric that stands above the rest when handicapping this matchup, and that is late-run green flag speed.  Almirola ranked first for the 2020 fall race, and first again in the spring 2021 race.  Almirola’s career driver rating at Martinsville is 81.0

These numbers compare favorably to Tyler Reddick. He was 26th and 2nd over those same two stretches of late green flag speed, with a driver rating of 71.0.  Reddick has put together several strong races recently, and the public now thinks Reddick is fast.  He very well maybe, but we like Almirola to edge him out and get us the cash!

There are plenty of ways to get to the pay window this weekend.  Follow us on Twitter @speedwaysteve2 to check out our full cards!  Best of luck!