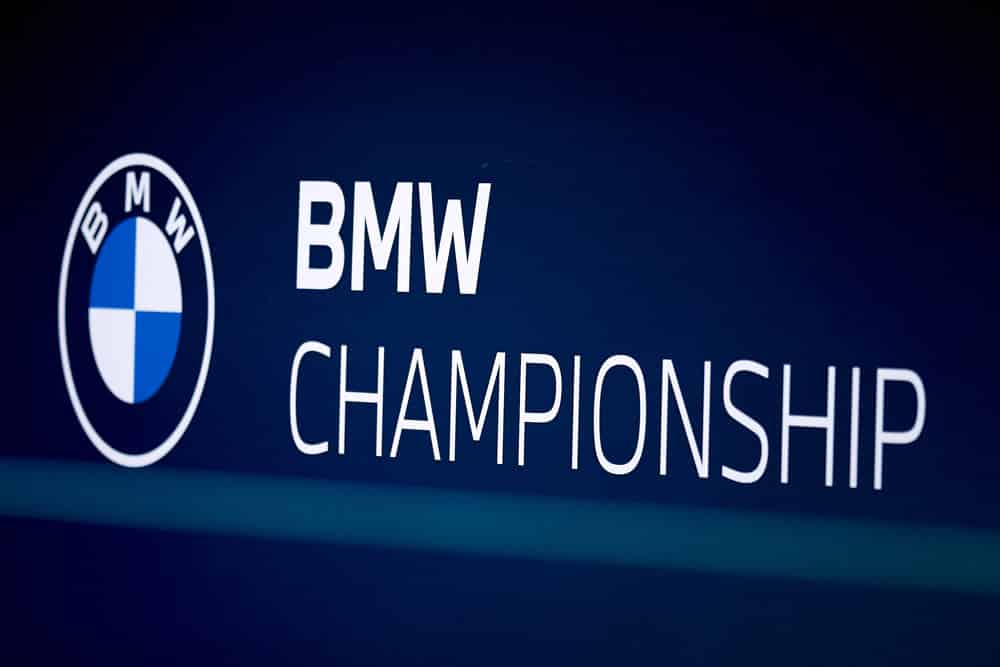 While The Northern Trust is yet to be decided, it’s never too early to prep for next week. The Top 70 in the FedEx Cup standings make a trip to Caves Valley Golf Club for the BMW Championship. As always, here is your early deep-dive on BMW Championship and a preview for how to bet.

The Northern Trust will be completed on Monday, so as of right now we don’t know everyone who’ll qualify for the BMW Championship. Of the notables guaranteed to play next week include Jon Rahm, Bryson DeChambeau, Brooks Koepka, Jordan Spieth, and Dustin Johnson.

The only big storyline ahead of the BMW Championship is the health of Collin Morikawa. Unbeknownst to everyone, Collin Morikawa was dealing with a neck injury during the Olympics. He battled through the injury for a 3rd place finish. But the following week at the WGC FedEx St. Jude Invitational, he pinched a nerve in his back. He tried battling through it at The Northern Trust but missed the cut badly in one of his worst ball-striking performances ever. Across two rounds, Collin Morikawa lost strokes to the field in every major category. He seems like a total stay away until gamblers get some reassurance he’s feeling better.

This year’s BMW Championship heads to Owings Mills, Maryland at Caves Valley Golf Club. The golf course opened in 1991 and was designed by Tom Fazio. For years, the only Tom Fazio golf course regularly seen on the PGA Tour was at the Corales Punta Cana Championship and the Wells Fargo Championship. This year alone, this will be the sixth time players will take on a Fazio design. The other three Fazio’s played this year were Shadow Creek, Congaree, and Kasumigaseki.

Like most Tom Fazio designs, Caves Valley Golf Club has its ups and downs:

For starters, the golf course is in impeccable condition. Caves Valley Golf Club is one of the most exclusive clubs in the United States, and all of its 600 members have deep pockets. The bentgrass greens roll fast and true, and the ryegrass rough is lush and well fertilized. There won’t be a question if the pros are playing on an all-world surface.

The golf club also resides on a great piece of land. Tom Fazio is known to move heaven and earth to create a golf course out of thin air. In other words, many of his golf courses don’t look like it fits the area. But there is a lot of natural undulation and natural hazards on the property that he didn’t have to do as much as he normally does tee-to-green. Holes wind its way through the forests on the high point of the property and down through the marshes on the low point. Earth was certainly moved to create the fast and undulated greens, but Tom Fazio had a lot to work with with the shape of the property.

Besides the impeccable playing conditions, the dramatic elevation changes of the golf course really stand out. The stated yardage on each hole certainly won’t play that way on several holes. For example, the 228-yard Par 3 12th hole plays 228 yards on the scorecard, but the green is over 60 feet below the tee box. Players will have to accommodate two or three clubs for the elevation drop. In contrast, the Par 4 9th plays at only 427 yards, but the tee box sits 60 feet below the green. This hole will play closer to 475 on the scorecard because of the elevation change.

Over the years, the golf course has undergone some lengthening and renovation to accommodate it to championship play. The property was maximized with new tee boxes. In addition, a few new fairway bunkers were added. And for this year’s championship, three new fairway bunkers and some rough enhancements (i.e. they’re making the rough really thick) will be deployed. However, some of the changes made will give bombers a big edge this week. Here are a few examples:

The traditional way to attack this hole is to play towards the wide fairway around the lake to set up a wedge into the green. And for most players this week, that’ll be the optimal strategy. But the bombers have the ability to either drive the green or settle into the front bunker for a comfy up and down for birdie. It’s only a 295-yard carry to clear the lake. Most of the elite players today have more than enough length to take that on.

The golf course uses fairway bunkers to pinch the landing zones off the tee. In this particular case, it takes about a 285-290 yard carry off the tee to clear the left two bunkers. Considering the landing zone is about 30 feet above the tee box, this isn’t an easy task. But the longer hitters hold a tremendous advantage on this hole than shorter ones. At the bunkers, the fairway is only about 33 yards wide. Those with the length to carry the left two bunkers enjoy a landing zone about 48 yards wide.

Several holes feature fairway bunkers that pinch in the fairways. However, they can be easily carried by the longest hitters on the PGA Tour. They include Holes 5-7, No. 13, No. 16, and No. 17.

Adding to a shorter hitter’s troubles is that, if what’s been reported is true, the ryegrass rough is going to be very thick. If not only are their landing zones narrower in some cases than a longer hitter’s ones, but they don’t possess the clubhead speed that bombers do to get clean contact out of the rough. Unfortunately, the modifications made to Caves Valley with the intention of rewarding accuracy may actually have unintended consequences of giving a longer hitter a much bigger edge.

Caves Valley has hosted tournaments in the past, but none are a good preview for this year’s BMW Championship. They include the 2005 NCAA Men’s Individual Tournament and the 2007 Palmer Cup. Notable players on the 2007 U.S. Palmer Cup squad include Dustin Johnson, Webb Simpson, Billy Horschel, Brian Harman, Chris Kirk, and Luke List. Dustin Johnson and Webb Simpson also played in the 2005 NCAA’s at Caves Valley. Others who played in the 2005 NCAA’s at Caves Valley include Kevin Kisner, Alex Noren, Ryan Moore, Brendon Todd. However, the golf course has undergone significant lengthening and renovation since then. In addition, golf has changed tremendously over the last 10 years. Don’t rely on either to try and handicap the tournament.

Like most times the PGA Tour travels to a new venue, bettors might be better off keeping it simple. Focus on players who are very efficient tee-to-green, especially recently. By all accounts, they are setting this up to be a demanding one tee-to-green this week. The rough will be thick and difficult to hit out of. There are several fairway bunkers in the landing zone for moderate to shorter hitters. There are a few water hazards looming close to the fairways that players will have to keep an eye on. And the bentgrass greens will roll fairly quick on the stimpmeter this week. Bettors who keep these things in mind, and possibly lean a bit towards those who putt well on bentgrass surfaces, should be fine.

As mentioned earlier, however, the golf course seems like it will favor a longer hitter who can carry most of the fairway bunkers. Unless some modifications are made to the rough lines this year, some holes give a longer hitter a wider fairway to work with than a shorter hitter. We’ve also seen many golf courses try and grow out the rough to make “accuracy matter” to almost no avail. It hasn’t encouraged bombers to club down or heavily penalize them for hitting it in the rough more often than others.

Lastly, there may be the temptation to try and identify golfers who specialize at Tom Fazio tracks. This is the definitive list of golf courses to look at:

Many people make the mistake of associating the WGC-Bridgestone at Firestone Country Club as a Tom Fazio. Fazio designed the West Course at Firestone. The South Course, which held the tournament is a Robert Trent Jones. In addition, while Tom Fazio (and his brother) were the original architects of PGA National, Jack Nicklaus did a total redesign of the golf course. It looks almost nothing like the original Fazio design now. As such, don’t use the Honda Classic either. Stick to the results at the golf courses listed above, as well as keep it simple by focusing on key ball-striking stats. If a bettor keeps to that simple game plan, they should do fine. Especially if they use this BMW Championship Preview.