The Northern Trust Picks and Props 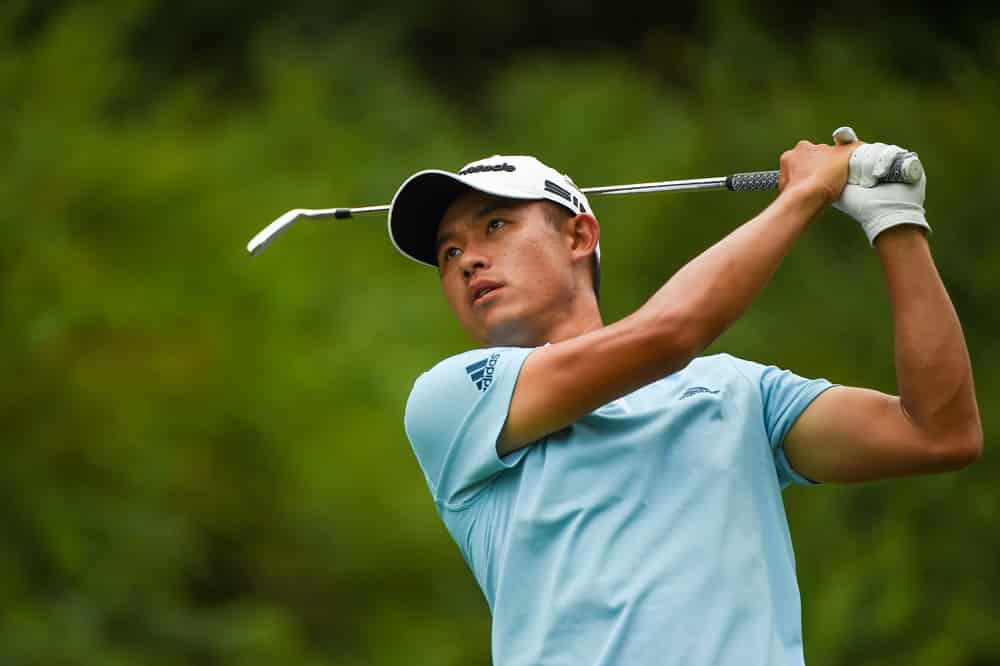 The Northern Trust Picks and Props

For those who missed it, check out The Northern Trust Preview and Betting Strategies for the types of golfers you should look to target for your picks. Using that as a guide, let’s take a look at some of the best bets to make this week. Here are my picks for The Northern Trust (odds courtesy of PointsBet and DraftKings).

If the name of the game this week is ball striking, Collin Morikawa is your guy. No one on the planet does a better job keeping the ball in play off the tee and then capitalizes from the fairway with their irons. Adding on top of that is the fact that Morikawa seems to have found something with his putter. At the Open, Morikawa led the field in putting on the fescue surfaces. At the Olympics on bentgrass greens, Morikawa gained 3.89 strokes on the field putting on the week. I’ll give him a pass for losing strokes on Bermuda last week, a surface that hasn’t been kind to him in the past. Between a return to a putting surface, he’s comfortable with and his elite ball-striking, picking Morikawa at 16/1 to win The Northern Trust is a good bet.

It seems like Rory McIlroy is on the cusp of a hot streak. Usually, a tell-tale sign of when Rory goes supernova is with his irons, particularly his wedges. Over his last 50 rounds, Rory is gaining 0.7 strokes per round with his irons. That’s a significant improvement from some of the lagging 50 round trends he had earlier this year. His wedges also seem like are rounding into form too. McIlroy has climbed to T3 and T53 in proximity to the hole from 100-125 and 125-150 yards, respectively, on the PGA Tour this season. And he’s recently showed some form with the putter too. While Rory lost 3.5 strokes putting on Bermuda at the WGC FedEx St. Jude Invitational, he gained just over 3.6 on the bentgrass greens of Kasumigaseki. With several things pointed in the right direction, Rory McIlroy is a solid pick to win The Northern Trust.

For a player with as much win equity as Justin Thomas possesses, 28/1 on a pre-tournament outright is a steal. All year, poor putting performances have squandered multiple elite ball-striking ones to keep him from winning tournaments. It happened again at the WGC FedEx St. Jude Invitational. JT gained 6.3 strokes tee-to-green but lost over 5 putting.

Historically, whenever Thomas has at least a week off between a poor putting performance and his next tournament, he’s been able to bounce back. This year alone we’ve seen it happen multiple times. Thomas lost 2.39 strokes per round putting at the Abu Dhabi HSBC Championship. Two weeks later at the Waste Management Phoenix Open, he gained over a stroke putting per round on the week. This happened again after a disastrous week on the greens at the Memorial. Two weeks later, he gained over 5 strokes putting at the U.S. Open.

Cameron Smith is really close to a big-time victory. He found himself in the mix at the WGC FedEx St. Jude Invitational, only to fall a few shots out of the playoff. He has high finishes at several other strong field events like the Genesis Invitational, both Masters, the CJ Cup, and the ZOZO Championship within the last year. He’s a tremendous putter on bentgrass surfaces. And his iron play is really starting to shine, especially with his short irons. Over his last 12 rounds, Cameron Smith is gaining over 0.7 strokes per round with his approach shots. He’s also one of the leaders in proximity to the hole-on shots 100-150 yards. And he’s second only to Bryson in Birdie or Better % on Par 5’s this season on the PGA Tour. All of these things are adding up to a breakthrough win for Cameron Smith.

A popular matchup offered by the books all year has been Abraham Ancer vs. Joaquin Niemann. And both have traded back and forth better finishes between the two. Both of them had similar profiles of both statistical and tournament success over the last year. It made sense why books kept pairing them up and setting their pre-tournament odds roughly the same. Then Abraham Ancer won the WGC FedEx St. Jude Invitational two weeks ago. And now he’s priced under 30/1 while Joaquin Niemann is over 60. Sometimes books overreact anytime a player wins a tournament with their odds. This is one of those cases.

Like Ancer before he won the WGC, there are several instances over the last year where Niemann got close to getting a win that would have put his odds closer to where Ancer is this week. He went toe to toe with Jon Rahm and Dustin Johnson at last year’s BMW Championship at Olympia Fields. He finished T6 at Shadow Creek last fall against some stiff competition. He lost in a playoff to Harris English at the Sentry Tournament of Champions. He was in the mix for a win at the Sony Open the following week. And he most recently lost in a playoff to Cam Davis at the Rocket Mortgage Classic.

You get the drift. Joaquin Niemann has been knocking on the door for another victory for over a year. He’s tremendous with his ball-striking and putts very well on bentgrass greens. Ancer got his breakthrough victory two weeks ago. Maybe it’s Niemann’s time at the Northern Trust.

Sometimes us golf gambling pundits try and be heroes and convince ourselves of a long shot prop that falls woefully short. So why overthink this one and just bet Jon Rahm at +100 for a Top 10. That’s all he’s been doing recently anyways. Jon Rahm has played in 15 tournaments in 2021. He failed to record a Top 10 in only 5. That includes his 3rd round WD at the Memorial while leading by 6 shots. Treat this one like you would a football game. Bet Jon Rahm at even money for yet another Top 10.

Other Top 10 Props to Consider

Call this one a hunch that Tony Finau rights the ship this week. The problems for Tony lately has not actually been his putter. It’s his ball striking. Over his last 12 rounds, Finau is losing almost 0.6 strokes to the field combined off the tee and with his irons. That has to turn around at some point. If it does, he can parlay that by putting on one of his most successful surfaces in bentgrass. And he’s done well at golf courses similar to Liberty National Golf Club in the past. Betting Tony Finau for a Top 20 is a good starting point to see if he can recapture the magic.

The praise for Rory McIlroy is above. As for Patrick Reed, he might get some buzz because he’s the defending champion at Liberty National. But entered that tournament in much better form with his ball-striking before winning. Coming into this week’s tournament, Reed’s ball-striking has taken a nosedive. He’s lost strokes to the field off the tee in three straight events, and he’s seen a decline in performance with his irons. Rory McIlroy should beat Patrick Reed head to head.

The last time we saw Harris English was at the WGC FedEx St. Jude Invitational where he blew a back-nine lead in spectacular fashion. Will be bounce back at The Northern Trust? We’ll see. But English doesn’t have a great track record at both Liberty National and similar golf courses to it. Meanwhile, I’m not concerned about the missed cut by Hideki Matsuyama at the Wyndham Championship. He hit the ball great but didn’t putt or scramble well. Historically he’s putt much better on bentgrass, his ball-striking is still elite, and statistically is a great scrambler. He’ll bounce back nicely at the Northern Trust and beat Harris English straight up.