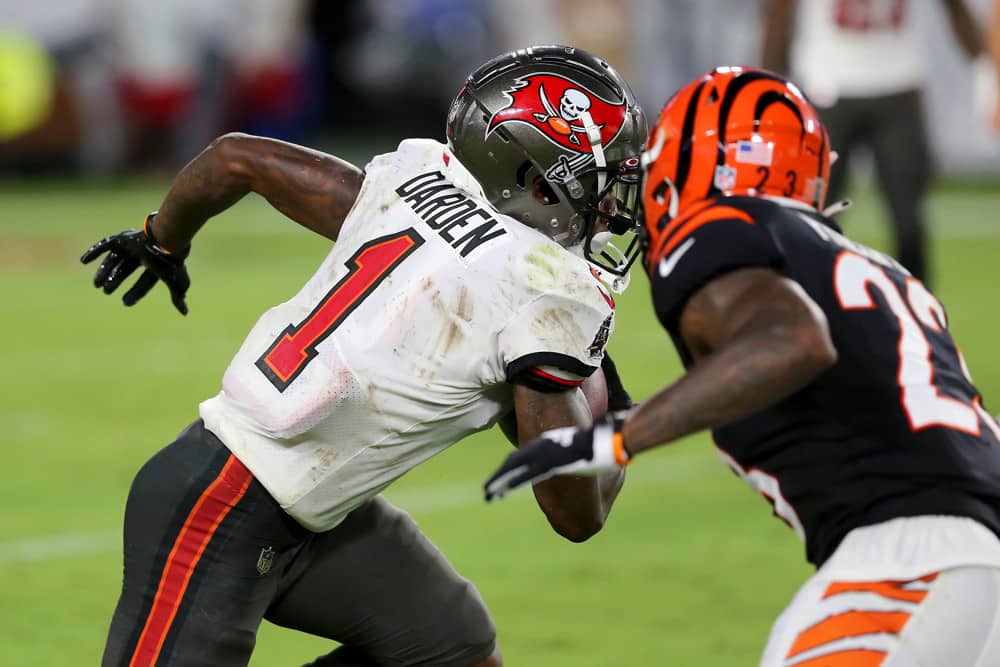 We’re one-third of the way to the start of the regular season and it’s time for some Week 2 NFL Preseason Drafrkings action. This week, we’ll start to see a combination of coaching strategies in regards to how much field time starters will get. The happy byproduct of that is the fact that we’ve seen some fun performances from some unexpected names. This will certainly continue as the preseason continues to roll.

As is the case with any preseason contest, you are not necessarily looking to field starters. We have already seen several starters not even dress for their first preseason game. Others have put on their uniform but never played a single down. The uncertainty of which starter will play and which won’t is one you should avoid. Instead, it’s wise to pay attention to practice reports, tweets, and other news out there.

Knowing which player could see more playing time in these games is crucial to cashing. This is especially now with three preseason games instead of four. This means coaches will have one less game to evaluate the bubble players and their rookies. Targeting these players can make for a profitable day if you choose the correct ones, which is the entire goal of this article. Here are some players to target as you build your DraftKings rosters. One thing you will notice is that all the players are priced exactly the same at $5,500. So, building your lineups is not so much about the salary cap, but the opportunity.

All signs indicate that Tom Brady will not be playing in this Saturday’s game. This leaves Blaine Gabbert, Ryan Griffin, and Kyle Trask to share quarterbacking duties. Of the three, it’s safe to think that the rookie needs a longer look in the preseason. The second-rounder saw his first action midway through the third quarter following Griffin’s second interception of the night. He failed to lead a single scoring drive but sustained an eight-play drive before having to punt. All told he completed four passes on 15 attempts for 35 yards in his four drives.

Right on the money! @ktrask9 🎯

The future of the Falcons does not rest in the hands of Gabbert or Griffin. If Atlanta wants to see what they have in their 2021 draft pick, these next preseason games are the opportunities to do so. He likely won’t start but should see an increased workload in the second half. His value would be better if he does start, but either way, he’ll make for an interesting tournament play.

One of the best situations in preseason DFS is knowing a team is already locked in at a position. This usually means that backups will get far more run than usual. Such is the case for the Vikings. Dalvin Cook does not need that many preseason reps to continue to be one of the best in the league. So with that in mind, we can safely turn to those deeper in the roster that are fighting to be on the field with him. A.J. Rose Jr. has made a fairly solid bid at being one of those players.

Ameer Abdullah started the game for Minnesota, but only carried the ball five times over the course of two drives. After that, it became the A.J. Rose show. He stayed in for the rest of the game, racking up 25 carries for 100 yards. Clearly, the Vikings are not changing their gameplay with or without Cook. Even if he only produces half of that this week, getting 50 yards from a preseason running back is a good thing. Maybe this week he’ll cross the goal line as a bonus. Rose could be the key to winning big in the Week 2 Preseason DraftKings slate.

While not always preached in these circumstances, this Week 2 NFL Preseason slate could use a stack. Jaelon Darden has been impressive so far in practice. This includes their most recent joint session with their opponents this week. Darden managed to beat his defender for a touchdown on Wednesday. His stats from game one may not necessarily back these claims only snaring two passes for 19 yards.

That said, with most of the starters sitting this game out, Darden will have a greater opportunity to build on the momentum he’s gaining in practice. It’s highly possible that he and Trask can be on the field together for a large portion of the game. If that happens and they develop a rhythm, having them both in your lineup will be a rewarding experience.

There were not a lot of bright spots in the Rams’ first preseason outing. Maybe the lone positive takeaway was the emergence of Jacob Harris. He led the team with four receptions and 43 yards. He also almost had a touchdown to add to that impressive showing. He’s likely to have earned himself another crack at a large snap count after what he showed last week. Harris was on the field for the entire first half and a small portion of the second. This week may see his second-half involvement get an uptick.

Jacob Harris caught 4 passes and a very close touchdown in his pro debut in the preseason exhibition. It’s so early in his career but you can see the raw talent that he possesses pic.twitter.com/KLiJiIWDfF

Tyler Higbee is basically locked into the number one tight end position for the Rams. Harris is scrapping for the second name on the depth chart behind him. Given what he did with his first audition, Rams head coach Sean McVay could extend a call back to Harris to try and lock up the role. He’ll be a fun flier to gamble on in a few of your lineups.