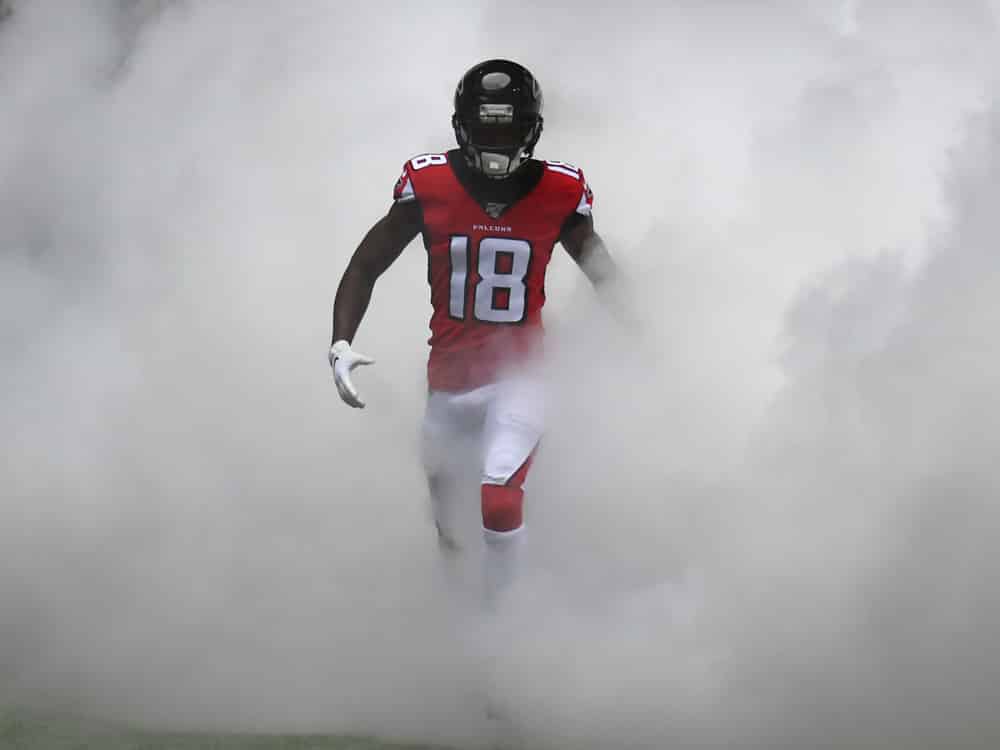 Dynasty Startup season is here! If you are new to dynasty or if you’re looking for advice on a new strategy to try this is the article for you. I am going to break down a strategy that I often love to use in dynasty startups. I am a firm believer that depth is king. Every year injuries occur and teams who have the depth to overcome this will always come out on top. Using June’s ADP tool from DLF I will create a fictional team based on this strategy. This will give you a great feeling of what your team could be if you decide to use this trade-back strategy in your dynasty startup.

MORE IN THE DYNASTY STARTUP SERIES

I am going to use the sixth selection in a twelve-team league for our team. The league format will be a Superflex PPR with a tight end premium. This seems to be the new standard for most leagues starting now. The starting roster will consist of 1 QB, 2 RB, 2 WR, 1 TE, 2 Flex, and 1 SuperFlex.  Alright, we’re on the clock lets dive in!

It’s simple but has to be said that these are the most valuable rounds to acquire a bounty of picks in exchange for 1-2 of them. With this being said you also do not want to short-change yourself on talent either, that is a formula for disaster. My personal preference is to keep my first pick and make a selection. After that, I am open to moving picks.  As a result of making our first selection we now roster Dak Prescott. A top quarterback is key here to allow you to trade back in future rounds. In the second round, I am looking to move back. With the seventh pick now in the second round, you’re looking at guys like Derrick Henry or D.K. Metcalf. The value you can gain by adding more picks in the 4-8th area of the startup is huge compared to guys like this.

For me to move on from the second pick I am looking for two or more picks in this startup, not futures. The deal we find in this draft is our 2.7 for 3.11 and 6.02. As a result of this deal, we gain much more depth in the third and sixth rounds. Moving into the third round we now have two picks to work with, normally I will offer one up for trade to gain more draft capital a touch later. Due to a lack of interest, we keep both thirds in this scenario. As a result, our trade-back strategy dynasty startup roster now looks like this:

Moving into these rounds I am looking to add depth to my team. However, most players will be doing the same. Take advantage of people reaching on players at scarcer positions. Staying on your toes and being able to plan ahead can really pay off for your overall roster construction. Be willing to make a trade that nets you more assets, a dynasty startup is all about capital.

In the fourth round, we have the seventh selection and I am looking to move this pick. With that being said, I am trying to add a pick or two no later than the 10th round here. Also, I am open to moving a few spots back to add a future pick or a late startup pick. We are sitting here with Kyle Pitts and Austin Ekeler on the board.  This could mean someone reaches out and wants to make a deal. As a result, we move back to 4.10 and gain the 10.10 as well. Moving to our next pick which is 4.10 we add our second quarterback in Baker Mayfield.

As the 5.6 approaches, we look at our roster and see what we can do. The question we are asking is can we make a move here or do we stay. Personally, I am looking to stay as we have two sixth-round picks that we can use to gain more capital. As a result of staying put we now add Terry McLaurin as our second wide receiver. Continuing on, the roster is looking pretty solid:

Now in the sixth round, we have two picks here, and personally, I am looking to make both selections based on how our team has panned out currently. Using the two picks we add Travis Etienne and David Montgomery. Additionally, this has the benefit of adding to the depth of our running backs as we passed on them earlier.

In the next two rounds, I will be offering up these picks as I try to add some more picks in the 9-12 range. As a result, the seventh round presents us with an opportunity to move out while we are on the clock, the top players available are quarterbacks and wide receivers in which we have good depth already. After shopping the pick we get a bite, moving to the eight in a deal that looks like this, 7.6 and 10.10 for 8.4, 10.4, and 16.4. So we drop back into a good area while moving up in the tenth and adding a later pick as well.

Moving into round eight I am looking to stay and make both selections at 8.4 and 8.7.  As a result, we add a third quarterback in Sam Darnold and a young wide receiver to fill the flex spot in Jerry Jeudy. This allows us to gain depth in case of an injury at quarterback and start filling out the flex positions in our starting lineup. After eight rounds the team looks pretty solid as we see below:

At this point in the draft, we can look to move back if we choose however I tend to stay in my position and make selections. We have already set the team up in a great position due to making multiple moves early and adding depth all over. As a result of staying put in the ninth, we add a player I really like in Tyler Boyd giving us more wide receiver depth. As we continue to stay put we add our top tight end in Logan Thomas in the tenth.  We finally round out our starting lineup with that pick. Moving forward to the eleventh round we add AJ Dillion giving us even more running back depth. As we see below this trade-back-heavy dynasty startup roster has really rounded out well in the first eleven rounds.

As you move into the 12th round and beyond remember to keep an open mind to trading back a few spots here as we are searching for upside. While most players here have equal opportunities to become something. So if you can drop a few spots and grab a guy who you still like while adding a 3rd round future rookie pick why not! You are basically gaining free money in my opinion. I will also look to add future seconds for moving completely out of a round if I do not like the players who are available.

As we conclude this article remember that trading back is always a great strategy. You have to look at ADP tools and figure out just how far you can fall to acquire players you still like though. Knowing this information will be key to making this strategy work. If you don’t do this you can find yourself short on talent and that is not a good place to be in dynasty. Talent is still key for fantasy success, but depth will win you championships. The late rounds may not win you a title this year, but by using the trade-back strategy in your dynasty startup you can be set for years to come.