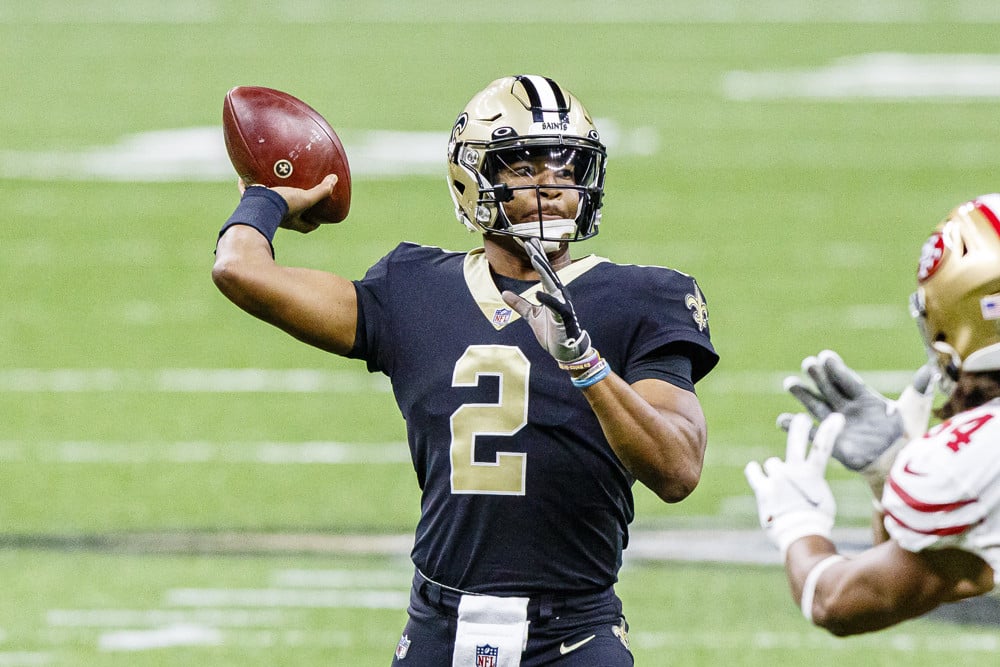 We’re going division by division answering each team’s biggest fantasy questions and it’s NFC South time. Check out the columns on the NFC East and NFC North if you missed them. Also, see my column from last year to see how my 2020 NFC South predictions fared.

Question: Where to target Kyle Pitts and what type of production can we expect?

Over the last ten seasons, Julio Jones has been one of the most dominant WR’s in the league.   At 6-3, 220 pounds with a 4.39 40, Jones was a physical specimen and a total mismatch for undersized defenders. Well, let me introduce you to the 6-6, 240 pounds, 1st round draft pick Kyle Pitts who clocked a 4.44 in the 40. Jones’s recent departure to Tennessee only makes the prospects of Kyle Pitts this year all the more exciting. Just look at some of his highlights at Florida. 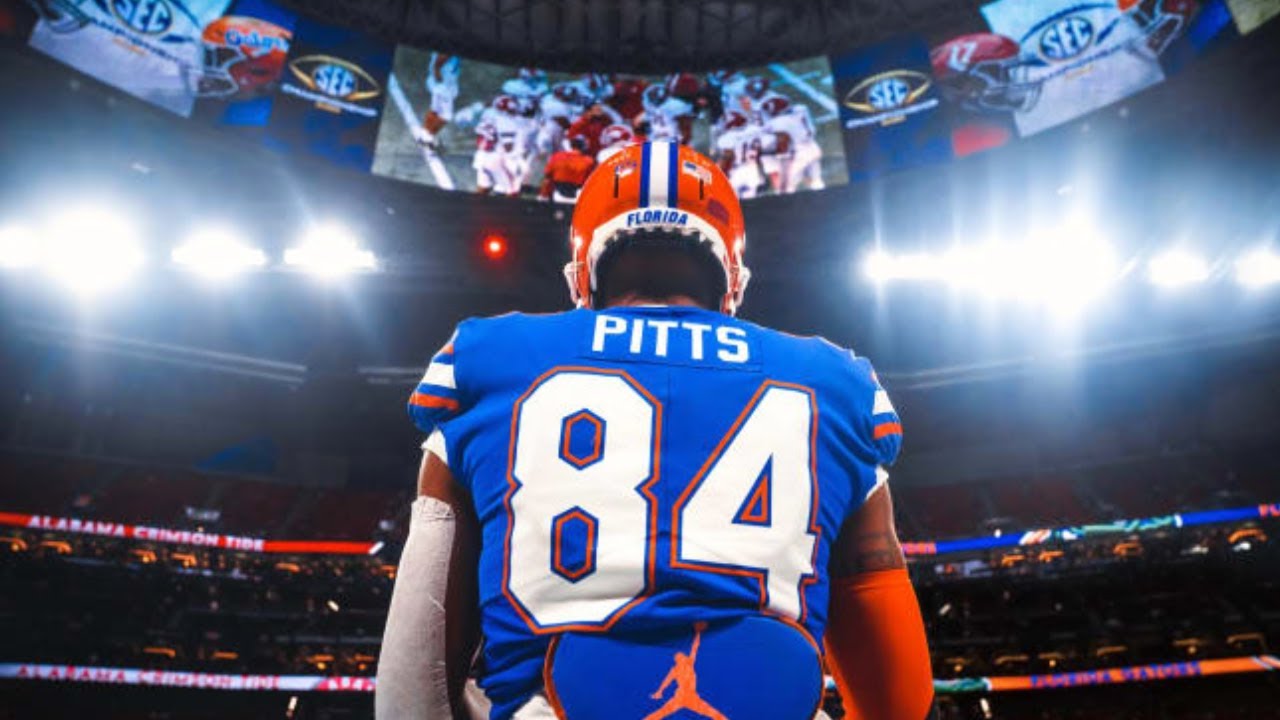 Sure, technically one is a WR and one is listed as a TE but go ahead and throw those labels out the window. The Falcons are going to line Pitts up all over the field and target him often. With an experienced QB in Matt Ryan and Calvin Ridley and Russell Gage on the outside, this Falcons offense will be dynamic.  The ceiling for Kyle Pitts is through the roof.

There is a new head coach in town. Arthur Smith comes over from Tennessee where he served as offensive coordinator for the last two seasons. Under his watch, the Titan offense finished 10th best in 2019 and 4th best last year.  There are no reasons why he can’t take this Falcons offense to new heights as well.

Even with Julio Jones only playing nine games a season ago, the Falcons still threw for the 5th highest amount of yards in the NFL. While the yardage came easy, Atlanta only threw for 27 TDs which came in at just 13th best.  Sounds like they were in need of a large-bodied red zone target.  Somebody like, let’s see, Kyle Pitts?

Below is a chart of the best rookie seasons for a Tight End in the modern era of football (which I’m saying is 1980 and on). Get ready for Pitts to obliterate these numbers.

With all due respect to fantasy prognosticators out there, most are short-selling the type of season Pitts is about to have.  I expect over 1,000 yards and at least 8 TDs.  There’s a chance that only Travis Kelce finishes with more fantasy points at the position.  A second-round grade for Kyle Pitts is absolutely reasonable.  Sometimes you have to swing for the fences in fantasy football and Pitts could put the entire NFC South and NFL on notice.

Question: What do we make of the Jameis Winston/Taysom Hill Situation?

Even with an aging and oft-injured QB in Drew Brees (starting 12 games) and a glorified TE/FB in Taysom Hill (starting the other four), New Orleans was the 5th highest-scoring team in the league. However, the once pass-happy Saints had to rely on an improved rushing attack that finished 6th best in the NFL rather than a faltering passing game that ended with only the 19th highest amount of yards. Let’s face it – Drew Brees was washed up and Taysom Hill just isn’t an accomplished passer.  Plus, top target Michael Thomas missed more than half of the season due to injuries.

I like Taysom Hill but he isn’t your everyday starter at QB.  Those responsibilities will most likely fall to the infamous Jameis Winston.  Looking on the bright side, with Winston at the helm in 2019, the Buccaneers led the league in passing yards and finished third in passing TDs. From a fantasy perspective, the Bucs offense was a goldmine. Looking at the flipside, Winston threw 30 picks that year including an amazing seven pick-sixes.  To put those numbers into perspective, the second-highest number of INTs thrown by a QB that year was 21 by Baker Mayfield. 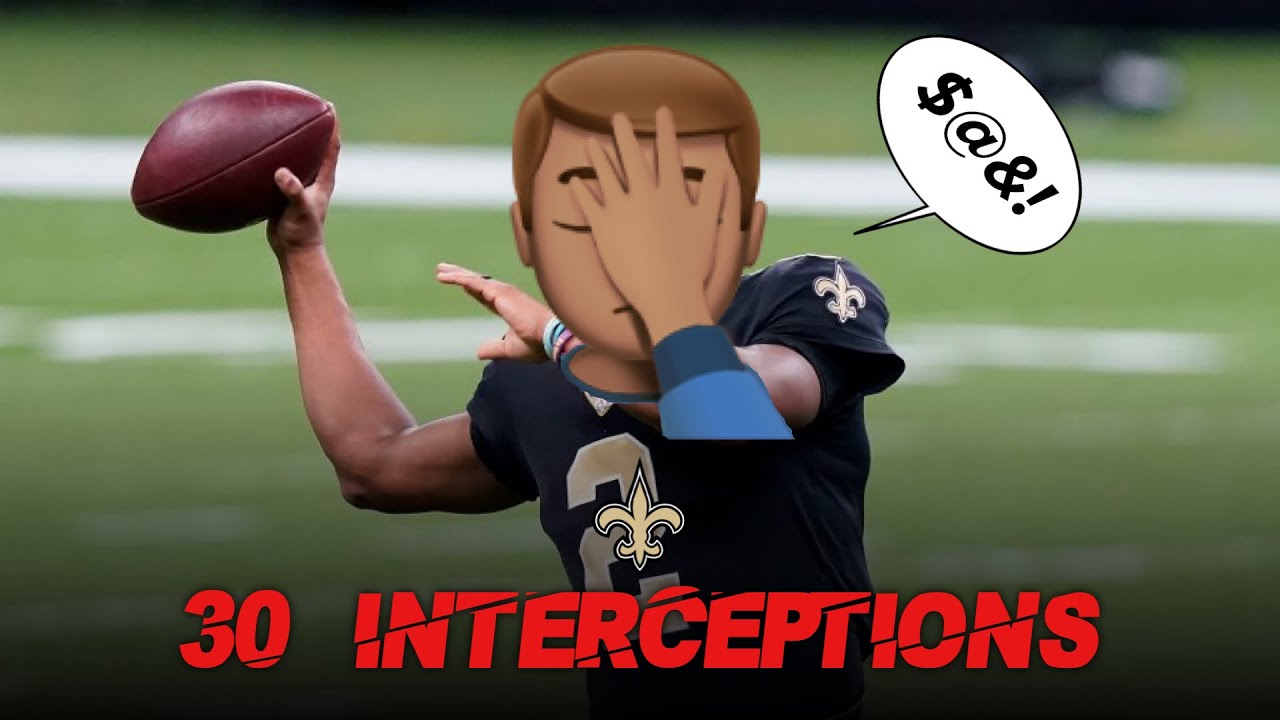 It should come as no surprise that once the Bucs moved on from Jameis in favor of Tom Brady, they managed to win the freaking Super Bowl.  Regardless of what happened in Tampa, what can we expect from Winston and the Saints’ passing game this year?

The Answer: Avoid both

Bruce Arians is a very QB-friendly coach and he wasn’t able to reel Jameis in while in TB. Sean Payton has been an NFL head coach for 15 seasons but has never started a year with anyone but Drew Brees as his QB.  I’m not so sure this is a match made in heaven.

On top of that, two of the top four pass-catchers from last year (Emmanual Sanders and Jared Cook) have departed. Is Tre’Quan Smith, who’s entering his 4th year, or Marquez Callaway, who’s entering his 2nd year, ready to step up? The Saints are in desperate need of a pass catcher opposite of Michael Thomas and a reliable target at TE.

The days of the Saints having a top 10 passing attack are a thing of the past.  Payton will lean on excellent defense and the running game while asking his quarterback to limit his mistakes.  If Winston cannot do that, and I have my doubts, he’ll be on the bench.  While I understand Winston and Hill are intriguing best ball candidates, I will steer clear in redraft leagues. Look elsewhere in the NFC South and beyond for your fantasy football quarterback.

Question: What do we make of the Buccaneers backfield this year?

When looking at Tampa’s fantasy prospects for the coming season, I think we have a relatively good idea of what Tom Brady and the passing game will accomplish.  The bigger question marks surround the backfield and the stable of running backs currently on the roster.  Ronald Jones, Leonard Fournette, and Ke’Shawn Vaughn all return plus Giovani Bernard was added in the offseason.  To break down all of these backs, let’s first look at their stats from a year ago.

The Answer: Ronald Jones is a low-end RB2; pass on the rest.

Even if Fournette received more carries in the playoffs a season ago, Ronald Jones will enter 2021 as the starter.  It will be a committee approach but Jones should put up comparable stats to a season ago which puts him on the brink of an RB2

After neither Fournette nor Vaughn could hack it as the 3rd down back, the Bucs brought in Gio Bernard from Cincinnati.  At this point, he’s the RB with the second most appeal, especially in PPR leagues.  We all know Tom Brady loves the check down to the RB.

It wouldn’t surprise me to see Ke’Shawn Vaughn released this summer.  He was a 3rd round draft pick in 2020 but never impressed.  As for Fournette, we’re looking at 500-600 yards and a handful of TDs max.  Not much appeal as far as fantasy football goes, but there are limited options in the NFC South.

Question: How high of a ceiling does Sam Darnold have? 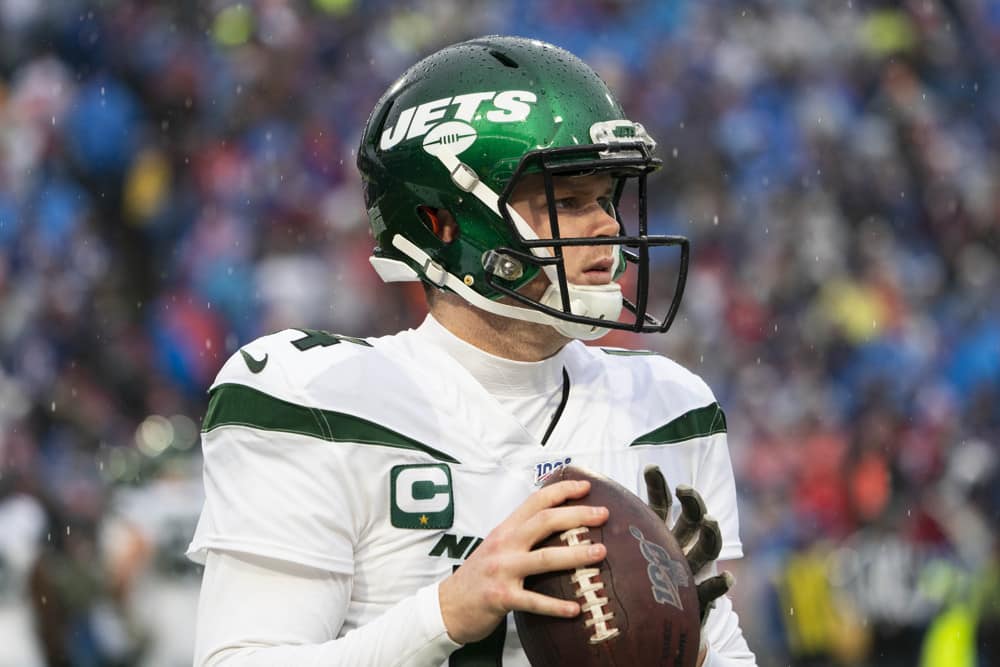 It’s the last chance time for Sam Darnold.  After three underwhelming seasons on the Jets, the former first-round pick has an opportunity in Charlotte. Darnold was a mixed bag in New York.  In his defense, under Adam Gase, the 2019 and 2020 seasons were complete debacles. After going 23-25 in three seasons as HC for the Dolphins, I’m still amazed Gase got another gig so quickly. Either way, I’m not sure if even Dan Marino could have impressed as a Jet these last few years.

Last year, the Carolina Panthers finished as only the 24th best offense in the league.  Only two teams (Patriots and Giants) had fewer passing TDs and only three teams (Broncos, Eagles, and 49ers) threw more INTs. As the season progressed, Teddy Bridgewater’s limitations became painfully obvious and a change was on the horizon.

To put it simply, Darnold has the better arm talent and can make a wider range of throws than old Teddy B.  The Panthers lost Curtis Samuel to free agency but DJ Moore and Robby Anderson return plus rookie 2nd round pick Terrace Marshall Jr could make an immediate impact.  Remember he played under O.C Joe Brady at LSU.  Also, it should go without mention that a healthy Christian McCaffrey will improve the entire offense.

The Answer: a Fantasy backup

Darnold could be solid but let’s pump the brakes before we expect too much.  Yea, he’ll have some weapons around him but the Panthers’ offensive line ranks one of the worst in the league and Darnold has never been the most fleet of foot QB.

I like the fact that Sam Darnold should be given the reins to the offense on day one and that he’ll have a pretty long leash. The Panthers’ defense is mediocre at best so they’ll have to remain aggressive on offense.  When drafting a backup, I look most for reliability even if it means the upside is limited.

Best case scenario sees Darnold as a top 15 QB who starts every game for a better-than-expected Carolina squad.  The worst case is Darnold gets replaced by PJ Walker who can use his legs better behind a bad line. Darnold may seem like a strong upside play, but he will let you down as far as NFC South quarterbacks go for fantasy football.