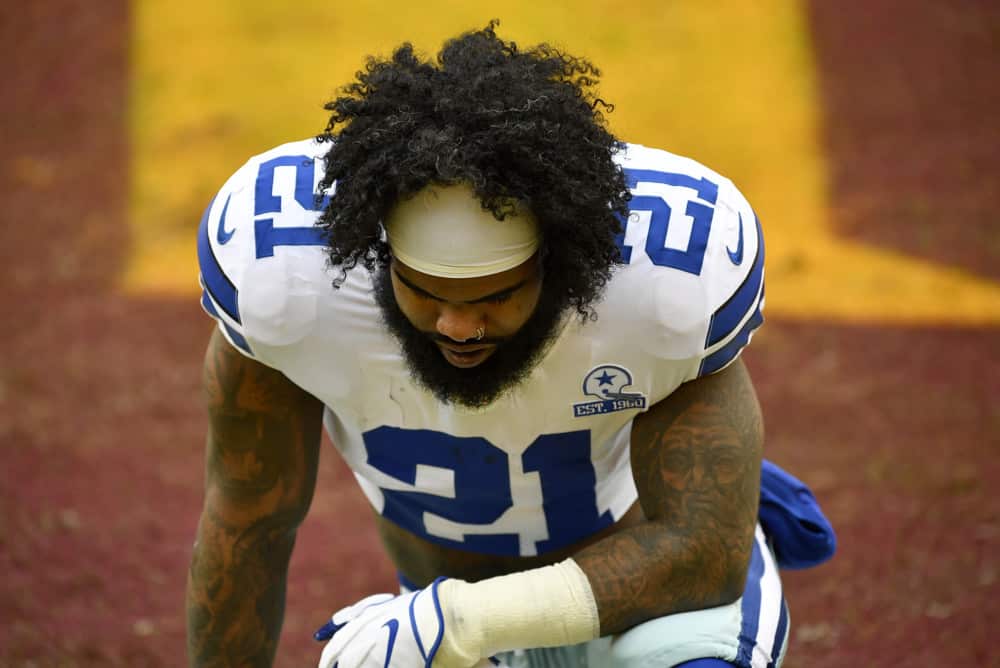 Alert! If you haven’t started your fantasy football prep work yet, you’re falling behind. Allow me to help you catch up. Over the course of the next couple of months, I’ll be going division by division discussing each NFC East team’s biggest fantasy question marks. There are many questions heading into the 2021 season, but we have time to break all the fantasy football conundrums down before the season starts.

Just like we did a year ago, let’s start with my favorite division, the NFC East. Check out my column from last year to see how my predictions fared.

Question: How much gas does Ezekiel Elliott have left in the tank?

Although it feels like Ezekiel Elliot has been around forever, he’s only set to turn 26 years of age this summer.  We all know the shelf life for RBs in the NFL is getting shorter and shorter but most don’t start their decline until 27 or 28.  Therefore on the surface, one might expect Elliott to have a couple more nice fantasy seasons.

However, his steady year-over-year decline in total rushing yards and yards per attempt is troubling.  The chart below helps illustrate the drop off.

The video below is from 2019 but it does a fine job pointing out Elliott’s shortcomings.  Although it’s a couple of years old, it’s not like the running back did anything in 2020 that would help dispel the argument to one of the bigger fantasy football questions. 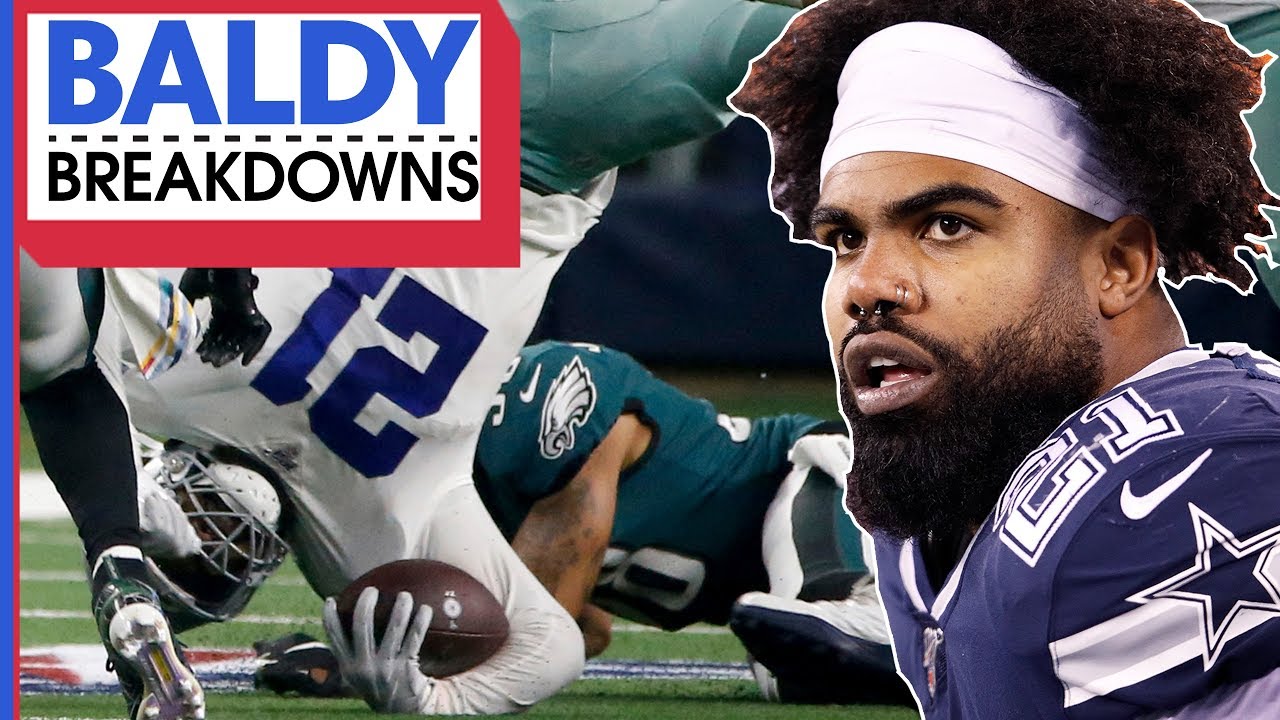 The Answer: Still Plenty but…

The Cowboys’ offense should be much improved this coming year with the return of a healthy Dak Prescott.  While the passing game will be fine, I worry about Elliott.  A once-dominant offensive line is now ranked towards the middle of the pack in the league.  Additionally, backup RB Tony Pollard averaged more yards per rush and yards per reception than Elliott last year.  He also scored only three fewer touchdowns on 167 fewer touches.  We know Ezekiel likes to be fed, but it could be Tony Pollard eating into his workload this year.

Overall, I am passing on Ezekiel Elliott this year. Most fantasy projections still have Elliott going in the middle to late first-round which is too early for me. On the flip side, Pollard is an intriguing prospect with a few questions who I have my eye on in the later rounds of deeper fantasy football leagues.

Question: Can Ryan Fitzpatrick be a QB1?

During the offseason, Fitzmagic decided to take his talents to Washington and join the reigning NFC East champions. The WFT will be the 9th team the 38 year old quarterback has suited up for during his 17 year NFL career. In the nation’s capital, Fitzpatrick is guaranteed the starting gig on a team with an excellent defense, a solid offensive line, and some playmakers at the skill positions.  He’s an intriguing fit for a team that desperately needed better QB play than what Dwayne Haskins, Alex Smith, and Kyle Allen provided last year.  With that said, what kind of numbers can we expect?

First, I like Taylor Heinicke but this will be Fitz’s job from day one and he won’t have to look over his shoulder and worry about getting pulled in favor of a young top draft pick.  This will provide Fitzpatrick the freedom to do what he does best – throw the ball down the field.  Last year, the veteran QB played the majority of eight games.  Below are his actual stats in those 8 games and hypothetical stats extrapolated over the entire year if he would have been given the opportunity to start all 16 games.

If the Dolphins weren’t out of their mind and didn’t insist on playing Tua last year, Fitzpatrick would have finished in the top 10 for passing yards and top 12 for passing touchdowns.

Answer: Yes, but it is not guaranteed.

Coming into 2021, the WFT offense looks to be legit. Antonio Gibson had a very nice rookie campaign, running for 795 yards and 11 TDs while averaging 4.7 yards per carry.  His sidekick in the backfield is the versatile JD McKissic who caught 80 balls for 589 yards while also amassing 365 yards on the ground.  At wideout, Terry McLaurin might be the most underrated receiver in the NFL and is positioned to be the primary beneficiary of improved QB play.  Joining him this year will be a free-agent pickup from Carolina, Curtis Samuel, who caught 77 balls for 851 yards and 3 TDs on another team with a subpar QB.  With Logan Thomas at TE, this is now a group of pass-catchers that can really do some damage. Do not ask too many questions about Fitz’s abilities this fantasy football season.

To answer the original question, yes – Ryan Fitzpatrick can be a QB1.  I am probably higher on him than most entering the season. You can pick him up late as a great backup or a SuperFlex starter and he’s a solid bet to finish in the top 12 -14 QBs this year. The old vet finally has a chance to be the man on a quality team and he’ll make the most of the opportunity in the NFC East.

Question: Can Saquon Barkley bounce back and put up similar numbers to his rookie season?

Saquon Barkley put the league on notice during his rookie season in 2018. The first-round draft pick from Penn State ran for over 1,300 yards and 11 touchdowns while catching 91 balls for 721 yards and 4 more touchdowns.  I’m not sure if I can recall an RB having a better first-year performance in the NFC East.

Unfortunately, it’s been an uphill climb since 2018.  Stuck behind one of the worst offensive lines in the league, and with a rookie QB in Daniel Jones, Barkley couldn’t get off the ground in his second season. His total yardage from scrimmage dropped by almost 600 yards and his TDs decreased by more than half.  This past year was even worse as a week 2 injury forced Barkley to miss the remainder of the season.  With that said, we all know he has the talent.  Here’s a solid film study to check out. 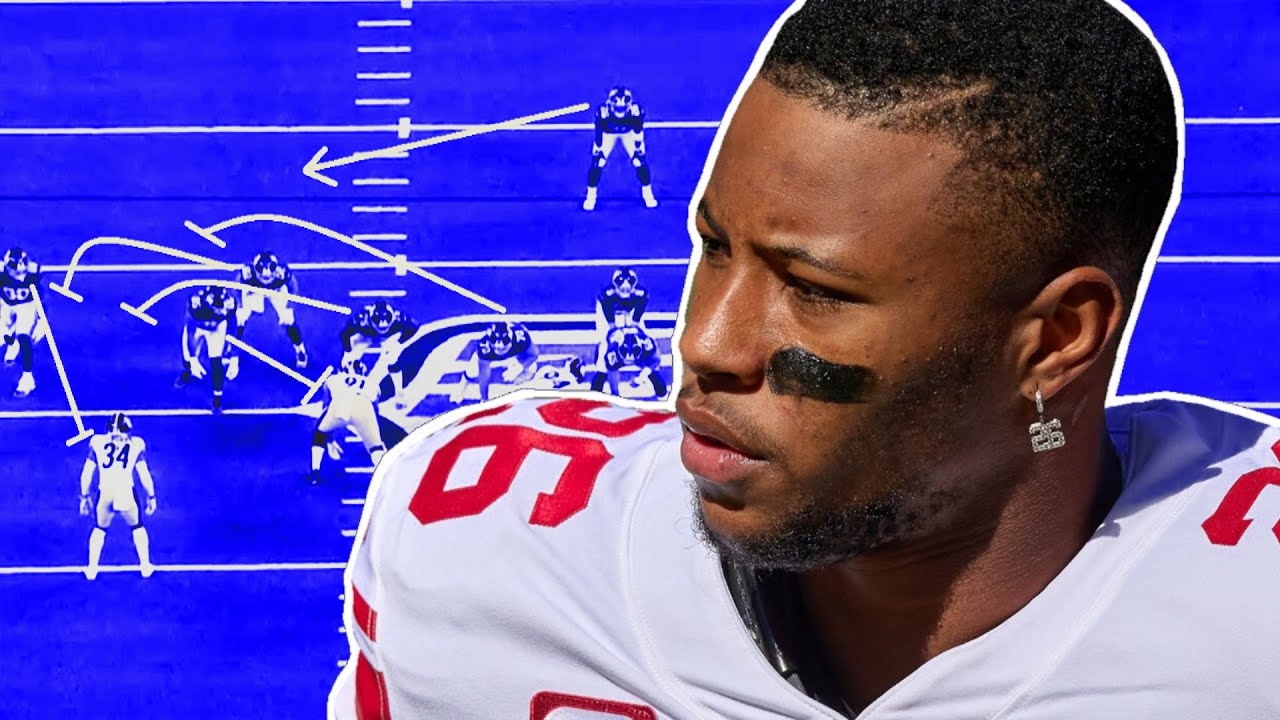 Answer: He can bounce back but…

Moving forward, it seems apparent that Barkley can only flourish with a solid offensive line and solid QB play.  Last year, the O-line was ranked 31st in the league and to my amazement, they didn’t really address it in the offseason. While they loaded up on skill position guys, Andrew Thomas, Shane Lemuix, Will Hernandez, and Nick Gates all return, and none of the quartet impressed much a season ago.  The other projected starter is Matt Peart who only started one game for the G-Men last year. While some analysts that are closer to the team believe the unit will be improved in the NFC East, this is still a bottom half O-line in the league.

In addition to one of the worst offensive lines, the QB unit may be just as bad. Daniel Jones will get one more chance to prove himself and if he falters, New York’s fallback is Mike Glennon.  I almost feel sorry for Barkley and the rest of the skill players on this squad.

As talented as Saquon Barkley is, there’s zero chance he repeats his rookie performance. I expect his 2021 campaign to more closely resemble 2019. Considering he’s a bell cow, Barkley is still worthy of a first-round pick but it better be in the middle or towards the end of the round. No way will he produce like a top 5 pick this fantasy football season and the Giants’ offense is full of more questions.

Question: What kind of numbers will Jalen Hurts put up?

It may have been a small sample size but Jalen Hurts flashed some real potential in his rookie season a year ago.  In the three full games, he played, Hurts threw for 847 yards with five TDs and two INTs.  For the sake of extrapolating his stats over the course of the whole year, we’ll throw out Week 13 where Hurts came in for the ineffective Carson Wentz, and Week 17 where he was pulled so the Philly front office could get the critically important look at 3rd stringer Nate Sudfeld.

If Hurts had the chance to start every game, he would have thrown for over 4,500 yards with 26 TDs and 10 INTs.  When you include his rushing abilities (354 yards and 3 TDs) you start realizing what kind of fantasy weapon this guy could be. One of the biggest fantasy football questions is what will Hurts’ 2021 look like? 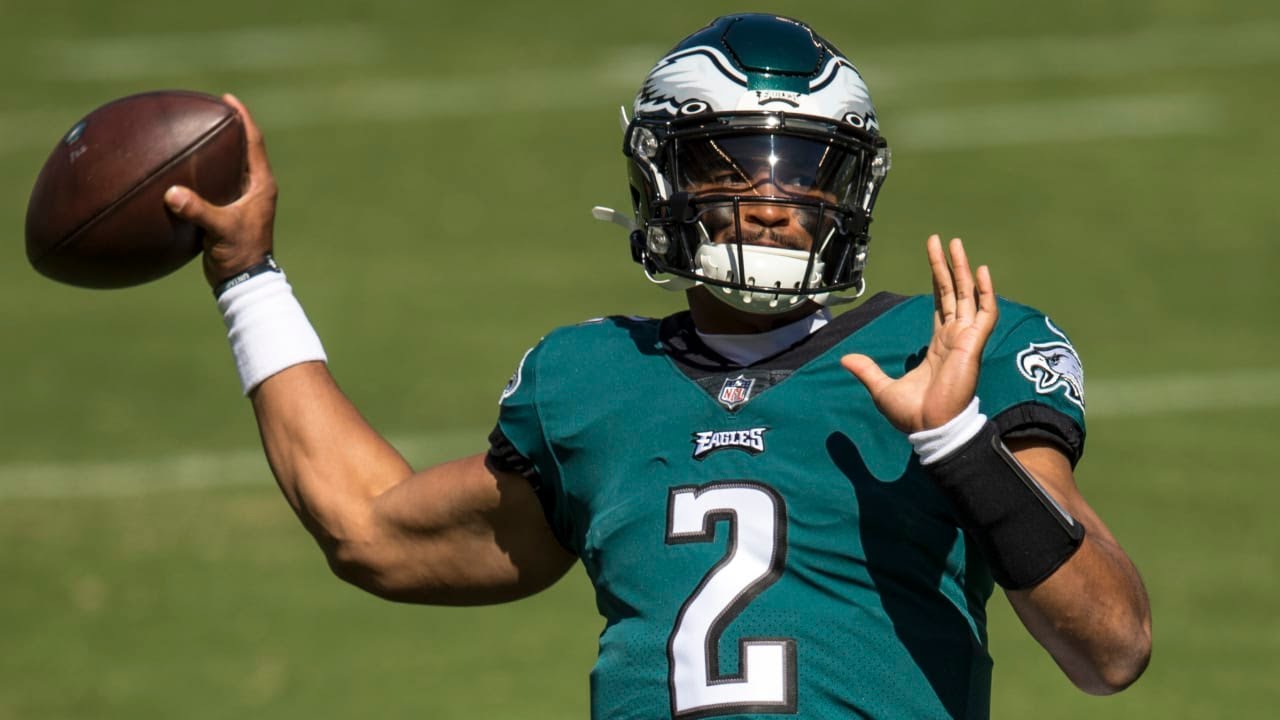 Answer: Big but not huge.

The Eagles have a top 10 projected offensive line coming into the season, a productive RB in Miles Sanders, a legit threat at TE in Dallas Goedert, and have spent their last two first-round picks on WRs Jalen Reagor and Heisman winner DeVonta Smith.  If Hurts can improve his passing this season, this Philly offense will be no joke.

It’s my prediction that Hurts’s numbers will look similar to Carson Wentz’s 2019 season where he threw for over 4000 yards and 27 TDs.  Remember, teams will play 17 games this season.   Add in the points he’ll get with his legs and you have a top 10 fantasy QB with an unbelievably high upside.  I’m high on Hurts to carve up the NFC East and you should be too.

*all stats from Pro Football Reference