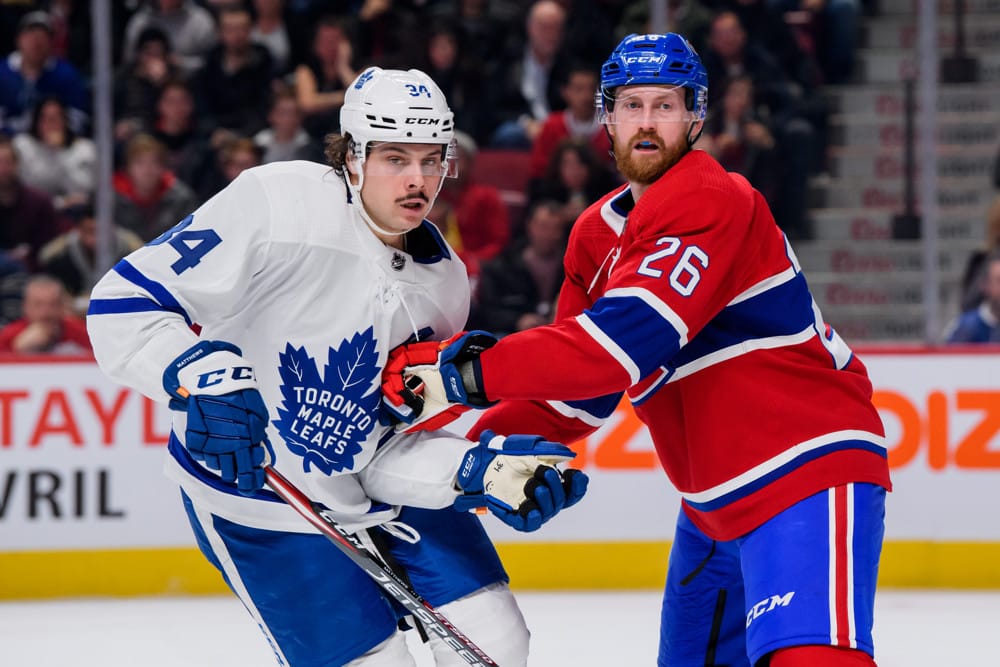 The NHL Playoffs are here! The 2021 Stanley Cup Playoffs are already underway, but the North Division will start their postseason on Wednesday.

The Maple Leafs were all over the Canadiens in their 10 matchups this season. Toronto went 7-2-1 and outscored Montreal 34-25.

The important thing to look at here is the six games these two teams played in April and May. The Maple Leafs went 4-1-1 in those six games, including 5-2 and 3-2 wins in May.

The Leafs went 4-1-0 in five games in Toronto, which looms large as they have home-ice advantage as the No. 1 seed.

The Maple Leafs went 7-0-1 in their last eight meaningful games of the season before losing two after clinching the top seed. They were one of the top teams in the league this season overall. They tied with the Penguins and Capitals for the firth-most points in the NHL (77 in 56 games).

The Canadiens, on the other hand, lost their last five games of the season and went 8-13-2 from April 3rd onward. They backed into the playoffs. Montreal had the worst record in the regular season among all playoff teams at 24-21-11.

The Maple Leafs have been known to choke in the playoffs, but I don’t see that happening here. Unless Carey Price goes into a time machine, Toronto should take this one. Montreal stunned the Penguins and gave the Flyers a scare last season, but the Maple Leafs are a completely different animal.

Toronto to advance at -300 is the bet, with the -1.5 games at -140 being enticing as well. Montreal won three of 10 meetings this season. I don’t know if they’ll win more than two here.

The Oilers had troubles this season against the other playoff teams in the North, but not against the Jets. Edmonton went 7-2-0 against Winnipeg and outscored them 34-22.

Connor McDavid had one of the best regular seasons ever for an NHL player, and he was at his best against the Jets. McDavid had 22 points (seven goals, 15 assists) in nine games. He also had 22 points against Vancouver, but that was in 10 games.

This line on this series is very confusing to me. Based on the regular-season series, the Oilers should be heavy favorites.

While the Oilers were doing that, the Jets ran cold. They won their final two games of the season and three of their last five, but lost seven straight prior to that. They went just 8-11-1 from March 31st onward.

The Jets have the better goalie, but that’s about it. They’re also dealing with a few injuries. Nikolaj Ehlers missed the end of the regular season and a few depth pieces in Andrew Copp and Tucker Poolman are banged up as well.

The Oilers should run all over the Jets in this one. I’m locking in the Oilers at -175, which I think is great value, and placing a smaller bet on -1.5 games (+110) as well for the Oilers to win in six games or less.