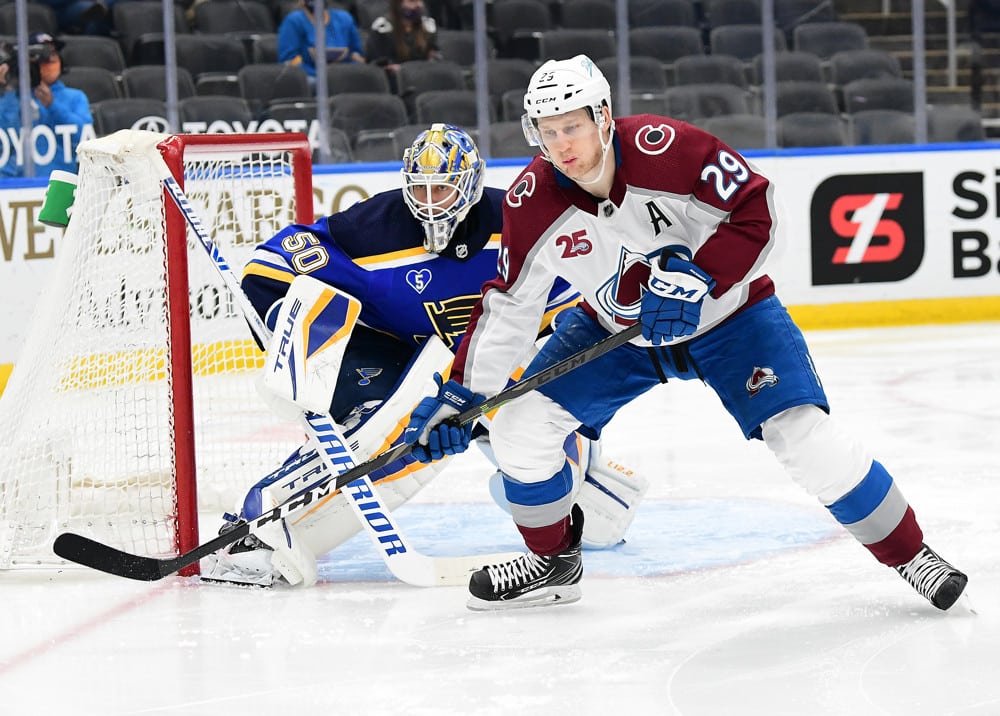 We started our NHL Playoffs previews with the East Division Preview on Thursday and Central Divison Preview on Friday. Now, we’re going to move to the West Division.

The Blues are one of the teams that the Avalanche struggled against the most this season. Colorado went 5-3-0 against St. Louis, which was their second-worst head-to-head record (4-3-1 vs. Vegas).

The Blues beat the Avalanche 3-1 in their opening game before Colorado bounced back with a huge 8-0 win two nights later. The two teams then didn’t play each other again until April, when they met six times.

The Avalanche won two one-goal games at home to begin the month, then won the first two of a four-game set in St. Louis after the trade deadline. However, the Blues closed out the season series with a pair of wins in the next two games.

In total, the Avalanche won five of the eight meetings and outscored the Blues 26-21.

The Avalanche are for real. They won five straight and eight of nine to close out the season. Colorado went 26-5-2 in their final 33 games of the season from March 10th onward. That’s an insane clip.

Colorado has been a bit banged up late in the season, but Nathan MacKinnon is back and won’t let anyone stop him in the playoffs. MacKinnon, Mikko Rantanen, and Gabriel Landeskog lead a formidable forward group, but it’s the Avalanche’s defense that is truly impressive.

St. Louis might give Colorado a scare in a game or two, but this is the Avalanche’s year. They won the Presidents’ Trophy and will easily win this series.

The Golden Knights struggled mightily against the Wild this season. The Wild were the only team they went under .500 against with a 3-4-1 record and an even goal differential of 24-24. Only one of their three wins was in regulation.

If there was a matchup that the Wild wanted in the playoffs, it’s this one.

This series could get, well, wild.

Minnesota held their own this season against Vegas but are limping into the playoffs. They got outscored 37-30 in their final nine games of the season, going 4-3-2 with only one of those four wins coming in regulation. Granted, they rattled off seven straight wins prior to that, but all of those games came against non-playoff teams.

Vegas, on the other hand, won four of their last five, five of their last seven, and went 15-3-0 from April 9th onward. They had their struggles against the Wild in the regular season, but they’ll exorcise those demons here.