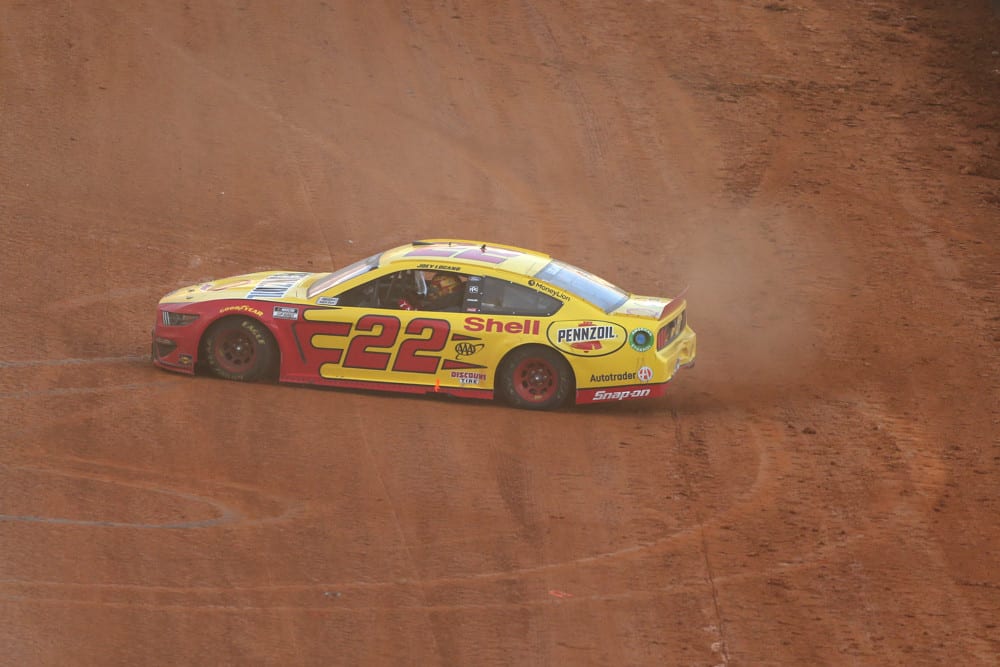 After a well-earned week off, the season continues with the NASCAR Blue-Emu Maximum Pain Relief 500. This week’s race is a Saturday night special under the lights at one of the most historic tracks on the circuit. Drivers will race for 500 laps around the Martinsville Speedway short track. Races on this track date back to 1949 when Red Byron took home the first checkered flag here in his ‘49 Oldsmobile.

Two out of the last three checkered flags from the Martinsville Speedway Cup races belong to Martin Truex Jr. In the Fall 2019 race, he truly dominated the race by leading 464 out of the 500 total laps around the paper clip. He started from the third position that day. The Spring 2020 race saw him take the green flag in fifth. On lap 369, he passed Brad Keselowski for the lead and never relinquished it, crossing the finish line in first. He led a total 132 laps and turned in 58 of the fastest laps of the day.

Martin Truex Jr. wins the truck race and keeps the momentum going as he wins the opening stage of the Cup race on the Bristol dirt. pic.twitter.com/aISHPe9Vrn

Before the Bristol dirt experiment, Truex was enjoying a streak of four top-10 finishes dating back to Homestead. His Joe Gibbs, Bass Pro Shop, Toyota Camry has been fast so far this season. This is evident by the 233 laps he’s led to go along with him posting 161 of the fastest laps. It should not take him long to work his way up to the front. He’s proven that once he gets there, he can stay there. Truex Jr. should be a staple in cash games and you should have some exposure to him in tournaments.

Looking back at Logano’s history at Martinsville will tell you to go light on your overall Logano shares this week. That does not mean that it’s wise for you to fade him completely. He has been in victory lane here taking home his first Martinsville checkered flag in the 2018 fall race. In last season’s offering of the NASCAR Blue-Emu Maximum Pain Relief 500, he led 243 laps. He added 61 fastest laps to his day ending his run with more than 120 points finishing fourth. In the race he won, he led 309 laps with 51 of the fastest laps of the day.

Here's how @joeylogano got it done late to score the victory at The Last Great Colosseum! pic.twitter.com/ZQSNy4QOTN

The powers that be at NASCAR may have done the rest of the field a disservice by awarding Joey Lognao the pole. Should he find clean air on the first lap, he might be difficult to pass for a very long time. Teams will likely have to use the competition caution and everyone thereafter to out pit Lagano. Beating him on the track will be a tough task. He and his Penske Pennzoil Ford Mustang already have four top-10 finishes including their impressive win last week on the Bristol dirt.

The reigning NASCAR champion was the last driver to take home a checkered flag from the Martinsville Speedway. Chase Elliot won the fall 2020 run on the paper clip. For just under half of the race, Elliot led the pack. In fact, for 236 laps, the #9 paced the field. On top of that, he remained one of the fastest cars on the track. He proved it by clocking 110 laps faster than any of his competitors. Short-track racing at Martinsville does not scare him either. In his brief 11 race history at the Speedway, he owns six top-10 finishes with four of those inside the top-5.

Walking off that win all the way to @phoenixraceway. 😎

Retweet to congratulate @chaseelliott on winning at @MartinsvilleSwy and securing a spot in the #Championship4! pic.twitter.com/OpoEGU8l4S

He’ll look to turn around some tough luck to start the 2021 season. After a promising second-place finish at the Daytona 500, Elliot has only managed to muster one other top-5 finish in Phoenix. This week, his Chevy Camaro rolls off from the fifth position. By rostering him, you are hoping for muscle memory to kick in and for him to return to fall form. Last season he won starting eighth. He has a three-position head start from that this weekend. Elliot is a suitable tournament pivot in your NASCAR Blue-Emu Maximum Pain Relief 500 DraftKings multi-entry contests.

Whatever the light switch was that flipped for Kurt Busch in 2018, it’s safe to assume he wants to leave it be. As a whole, his 21-year history at Martinsville has been an overwhelming tidal wave of double-digit finishes. Most of them were drastically outside of the top-15. It’s a wonder how he managed to win even two of them along the way. Three years ago though, that trend took a sharp turn upward. In six races since the start of the 2018 season, Busch has four top-10 finishes. The other two were not that far outside as he finished 11th in the Spring of 2018 and 12th in the next Spring race. His best finish in that span was his fifth-place finish the last time out on this track.

Busch has yet to put it all together this season. He has managed two solid outings in the first seven races. On the road course at Daytona, he moved up from his 17th starting position to cross the finish line in fourth place. The following week at Homestead, he managed an eighth-place finish. The only downside there was his losing three spots from where he started. You are not selecting Busch to gain you any lap points, so here, you want to see a top-10 run. He should be considered an adequate climber for your NASCAR Blue-Emu Maximum Pain Relief 500 DraftKings lineup.

Momentum is truly on Matt DiBenedetto’s side at Martinsville. He is coming off a 2020 season that saw his best two career finishes on the paper clip. In the Spring running, roared from his 19th starting position to log a seventh-place finish. That fall, he turned a 12th place start into a tenth place outing. It’s clear that his Wood Brothers Ford Mustang loves this track. That love is mutual as the Glenn Wood Tower graces the grandstands off of Turn 1.

Matt DiBenedetto to be without crew chief at Martinsville https://t.co/eJF1JehHmC #NASCAR pic.twitter.com/a0ss2p4zNb

DiBenedetto has been sniffing the top-10 for the last month. He has an average finish of 13.5 over his last four races. Last week on the dirt at Bristol, he managed to hang on for a 13th place finish losing only one spot from his 12th place start. This week is another short track, minus the soil. Hopefully, with a little more traction, he can improve upon his previous finish and finally crack the top-10 for the second time this season. His job might be a little tougher as he’ll be without his regular crew chief Greg Erwin. Even still, he should still have enough race in him for a good showing on Saturday night.