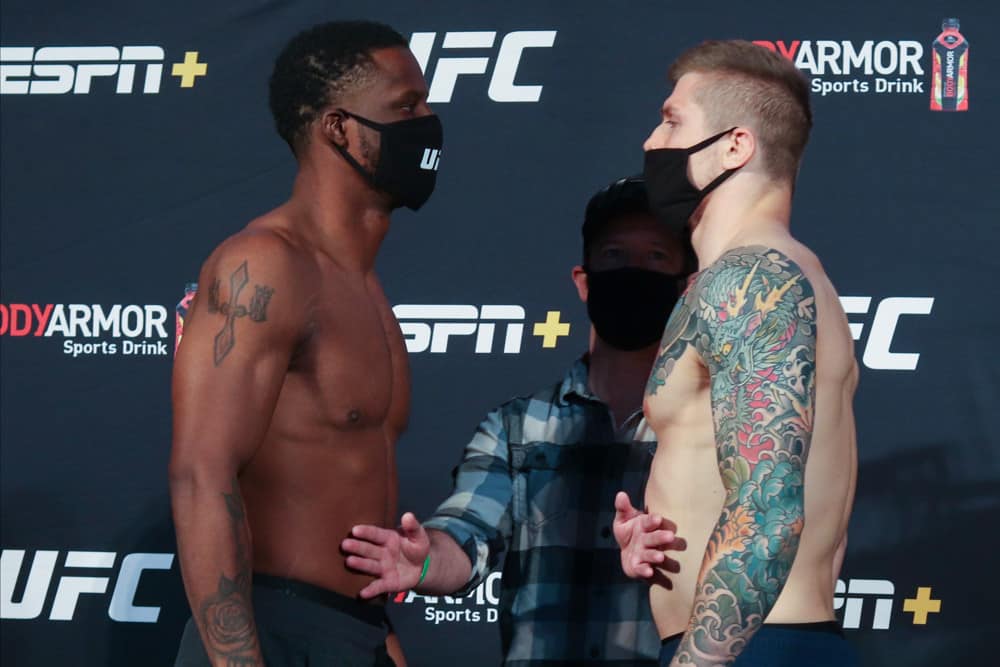 Ladies and gentlemen, #degens of all ages – I’m officially on a heater. After going 24-7 over the last three UFC events, I’ve started to finally pull the nose up with my UFC predictions. Let’s keep the good times rolling with this weekend’s UFC Vegas 23 predictions.

After quite the embarrassing performance against Derek Brunson just a few short weeks ago, Kevin Holland jumps into this main event slot on short notice for an injured Darren Till. Bad idea. Marvin Vettori is a very terrible matchup for him and should maul Holland and get himself an easy win here, hence the lopsided odds. 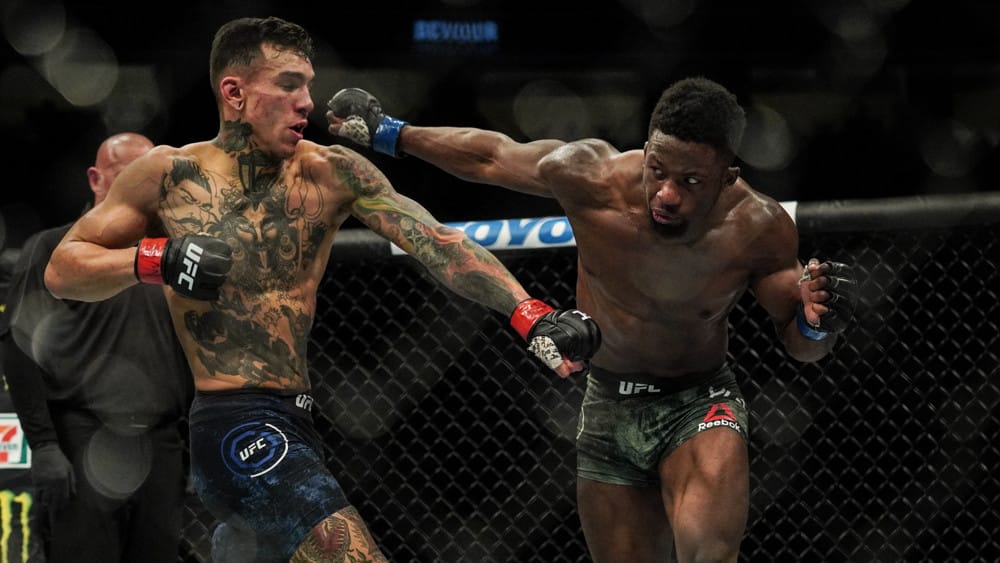 The co-main event is a much tougher fight to pick, as it pits two of the top up-and-coming featherweight fighters in the world, both with only one blemish on their win-loss records. I’ll go with the chalk here in ‘Super’ Sodiq Yusuff, as he’s the more active striker of the two, is slightly bigger, and is on a nice six-fight win streak (opponent Arnold Allen has won nine-straight though).

Smilin’ Sam Alvey will be making his return to middleweight after a four-year run at light heavyweight, where he went 0-4-1 over his last five fights. I don’t see the drop in weight helping his cause here, as ‘The Cuban Missile Crisis’ is going to be too good for him to top in his return to 185 pounds.

MOM FIGHT!!! Not in Walmart, but in the UFC octagon as two recent mommies battle in this women’s strawweight matchup. This will be Nina Ansaroff’s first fight since giving birth to her and women’s GOAT fighter Amanda Nunes’ first child, so that gives me a big of pause picking her. But I think she’s the better striker and a good enough grappler to best jiu-jitsu wizard Mackenzie Dern.

I can’t bet money on a fighter as erratic inside and outside the cage as Mike Perry. Not to mention Daniel Rodriguez is bigger, has gone 3-1 in the UFC, and has never been finished in a fight. Add in that he’s also the superior grappler of the two, and you’ve got yourself a winning pick.

I have a soft spot for the old grizzled dog Jim Miller, who come Saturday will take sole possession of the top spot on the most career UFC fights list. But Joe Solecki is perhaps his equal in grappling, is a better and more active striker, and is a decade his junior.

Mateusz Gamrot suffered his first career loss (in 19 pro fights) in his UFC debut, but on the flip side, Scott Holtzman got knocked out in his last fight. Gamrot is also seven years young and slightly bigger. He’s the pick.

Norma Dumont (-250 – not posted on PB yet) vs Erin Blanchfield

Erin Blanchfield is a highly regarded prospect, but this is too much, too soon for her. She’s taking this fight, her UFC debut, on short notice, and is fighting up a weight class from her natural one (135 pounds vs 125) against a fighter who used to fight at 145 pounds. And Norma Dumont is a solid fighter in her own right.

I’m finally riding with an underdog on this chalky card in fellow Canadian John Makdessi. Like Blanchfield above, I think this is too much for newcomer Ignacio Bahamondes to handle in his UFC debut, and I expect veteran striker Makdessi to be able to vanquish his bigger, younger foe.

A #chunkyguy battle of heavyweights – got to love it. Yorgan De Castro appears to be the obvious choice, as Jarjis Danho has spent five years on the sidelines. But with heavyweight fights anything can happen, so I’m not too keen on that -325 number beside De Castro’s name.

This is a helluva bantamweight matchup, with only one loss on the two fighters’ combined records (Jack Shore is 13-0, Hunter Azure is 9-1). Shore is bigger and younger and a better striker and grappler, so I’m looking for him to make it 14 up, 14 down come Saturday.

Luis Saldana will be making his UFC debut on Saturday, but he comes well-regarded.  Jordan Griffin, meanwhile, has only managed one win in four UFC fights. Saldana has stopped his last four opponents within the distance – he could make it five this weekend.

With a draw in his last UFC appearance, Da Un Jung has run his undefeated streak to 13 fights. He’s also half a foot taller than William Knight, has five inches of reach on him, and is five years his junior. I’m liking Jung to keep his streak alive.

Impa Kasanganay was on the wrong end of a viral knockout his last time in the cage, but that was his only pro MMA loss. He’s bigger and younger than Sasha Palatnikov and should get back on the winning track Saturday afternoon.