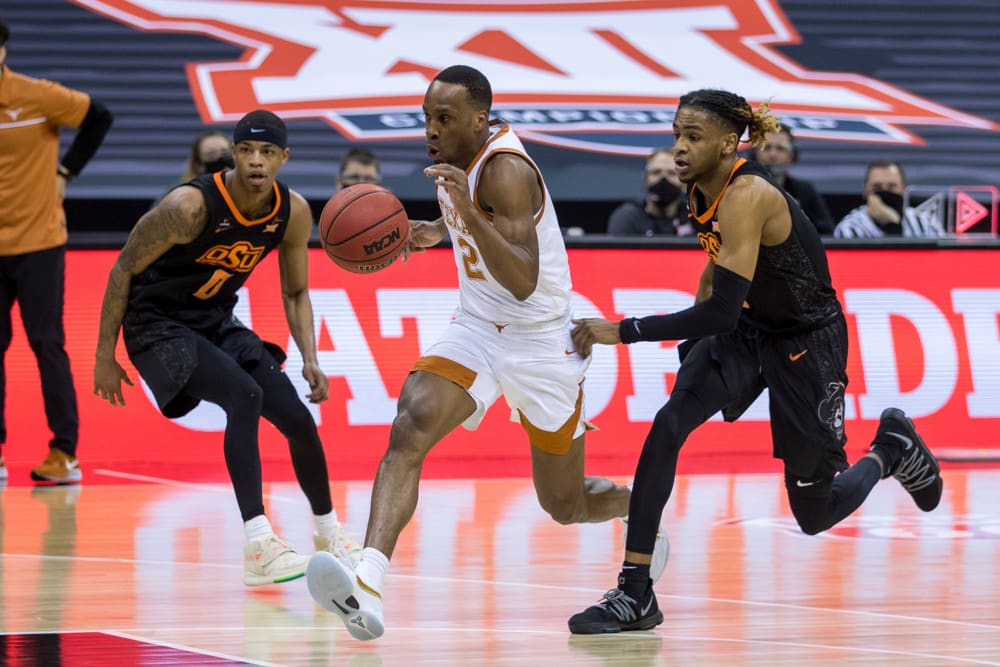 This bracket is full of teams that are extremely hungry for their next (for some their first) title. Of the top four seeds, only Michigan has won the title before and that was back in 1989. There are going to be a lot of starving teams that are going to scratch and claw to make it out of this bracket. That’s what makes it so great!

A coach that has really impressed as of late is Juwan Howard. He came in replacing John Beilein after he left for the NBA. Many were very critical of Howard’s hire and he has done nothing but proven the doubters wrong. He has Michigan playing elite basketball and looking like real championship contenders.

It is hard to say who is really the true leader of this team because they have a lot of great players that really can step up when need. Freshmen seven-footer Hunter Dickinson leads the team in points, rebounds, and blocks per game. And around him, there is an extremely talented group of seniors in Isaiah Livers, Eli Brooks, and Mike Smith. All can handle the basketball, score and defend. Livers is shooting the three at 43.1%, however, he not expected to return.

Michigan should feel like a lock to get out of this region, however, with the Livers injury and the amount of talent that is here it will not be an easy path. In relief of Livers, Brandon Johns Jr. played well but they are going to need a lot more from him offensively. Even without it, they have enough with the pieces around Livers to make a final four run. Michigan’s talent should not discourage you—the strength of the East region should.

Alabama is looking to make history this March Madness. They are looking to become the second school ever to win the Division I national championship in men’s basketball and football. The other team was Florida in 2007.

KenPom has the Tide ranked as the eighth-best team in the country. They hold the second-best adjusted defensive efficiency and 34th in offense. They are top 30 in forcing turnovers and top 35 in defensive rebounding. On the perimeter, they are allowing teams to shoot 28.8% from three—tenth best in the country.

Alabama is led by sophomore guards Jaden Shackelford and Jahvon Quinerly. The duo are the Tide’s two leading scorers, and they are accompanied by veteran and senior John Petty Jr. Petty shoots the three at 44% and is the school’s leader in all-time three-pointers made.

Defensively, the Tide are anchored by SEC defensive player of the year, senior Herbert Jones. Outside of the expert guard play, Jones may be the most important asset to this team. Jones leads the team in assists, rebounds, steals, and blocks. He is a swiss army knife that glues this team together and gives them a major spark when he gets going on both sides of the ball.

This Alabama team has everything it takes to not only win out this region but also win a national championship. They smother teams defensively and can light up the scoreboard with elite scoring. The question is how they will respond to a team that is a lot bigger than them.

Shaka Smart began the year on the hot seat for the Texas Longhorns. His team responded in his favor by winning their first Big 12 championship. But now, Smart must find a way to repeat some of the magic he had at VCU. Smart has not won an NCAA tournament game since reaching Texas and now he has a very good claim to a final four spot.

This team is anchored by senior guard Matt Coleman who is a strong defender that leads the team in steals and assists. Then you have junior Andrew Jones who leads the team in scoring and has a knack for finding a way to get the ball in the basket. Their X-factor is freshmen big man Greg Brown. When he is on offensively, the Longhorns are a complete team that anybody is going to struggle to beat.

Smart has built a strong defensive-minded team that has the chemistry to get everyone to their spots and score the ball efficiently. The feeling surrounding Texas is that they are one of the top 10-15 schools in the country, but they are not good enough to beat those top five schools. This team has a chip on their shoulder after capturing a Big 12 title and making it out of this tough region can change that narrative.

The Huskies are primed to make another national championship run. They are top 25 in offensive and defensive efficiency. Their sophomore guard James Bouknight is a future NBA lottery pick and a 12-piece certified chicken bucket with sauce on the side. He averages 19 points per game, and this is his opportunity to really make a name for himself by leading this team on the biggest stage. KenPom has the Huskies ranked as the 16th best team in the nation.

The Bonnies finished the season reclaiming the Atlantic 10 title. They have five players that average double-digit scoring and have a defensive efficiency that is 16th best in the nation. Led by guard Kyle Lofton, the Bonnies play great team basketball and is a mid-major that does not get enough credit. KenPom has them ranked 24th best in the nation and they pose a serious threat to a potential matchup with Michigan with their ability to play Michigan as tough defensively as Michigan plays them.

It is not too many times that you will find Tom Izzo and the Michigan State Spartans playing in the First Four game trying to get into the first round of the NCAA tournament. Pending a win there, this tees up Michigan State’s postseason journey perfectly. The Spartans, after a slow start, have wins against three top five teams in the nation—the only team in college basketball that can claim that fact. They have the talent, led by forward Aaron Henry, to beat anyone any given night. With a potential matchup with six seed BYU that is not that intimidating, the Spartans have the opportunity to build serious momentum early.