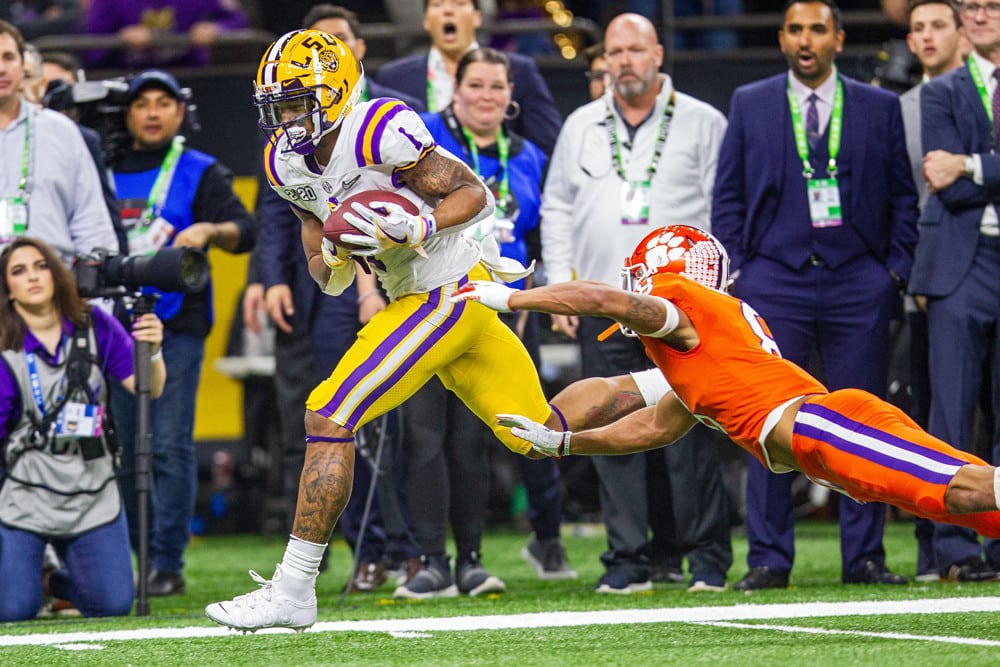 March is here, pro days are underway and we are all jonesing for the fantasy football season to return. Thankfully, it is peak dynasty trade season. Rookie evaluations are coming fast and furious so this dynasty trade value chart will most likely change several times between now and the start of the season. Rookies are volatile but have some value in their uncertain nature. As always, this chart is to spark your trade discussion and provide some data-backed valuation as well.

The general methodology for this dynasty trade value chart is that players who score more fantasy points on a per-game basis are valuable, obviously. For each position, I calculated a “replacement level value” or what you can most likely find on the waiver wire at a given position. How many points above replacement from 2020 is factored into the final trade value. This is not a perfect system, but it provides a solid part of the formula.

It also factors in the consensus FantasyPros Dynasty Rankings in a player’s overall ranking and the variability in their rankings. This ties in new opportunities for players and other factors as well, it is also used heavily in considering rookie values, but more on that in a minute. Additionally, the variance between a player’s high and low ranks is also factored in for a “Variability” factor which is also used in the final formula. The higher the variability, the more value a player will lose.

Since this is a dynasty trade value chart, age and longevity have to be factored in as well. That varies by position and the longer a player is likely to be relevant increases their value.

Lastly, the tier that a player falls into and some manual adjustments are considered as well. Sure, this is not a perfect formula and no trade value chart/calculator is. Consider this another tool in the box for you. If you do not care about the methodology, sorry to bore you. If you want to know more, download the Excel Spreadsheet and tweak the values/formulas for yourself!

A quick note on draft picks, the 2020 college football season is weird. Teams are in and out, scouts and GMs are not able to go on the road to scout players. The pre-draft process will be upended and it will certainly be a weird draft and impact the dynasty trade value of picks. With that in mind, early-round picks are worth just a little bit less than they normally would be. Later-round picks also pick up some of that lost value as there will be more players who slip through the cracks in earlier rounds.

Justin Herbert might be undervalued in terms of dynasty trade value by this chart and formula. Sorry for that internet people who will undoubtedly call me all sorts of mean names. Despite Herbert having a sterling 2020, he is heading into a new system and may not achieve the same lofty heights in 2021. With a new coaching staff coming in he could be asked to do different things and could see a sophomore slump. That being said, new OC Joe Lombardi has had success as an offensive coach in the past and Herbert will only continue to progress as an NFL talent. If you are trying to go get Herbert, do it now. His value will likely never be lower than it is right now.

Sure, Christian McCaffrey seems like he is a sure-fire bounceback candidate this year, but did you see Dalvin Cook last year? Cook looked Derrick Henry-esque and more. He finished second in scrimmage yards by 223 yards despite playing two less games. He is an absolute machine on the ground and through the air. Over the past three years, he has seen at keast 50 targets through the air in addition to massive rushing workload. With the Vikings continuing to improve their passing offense it will take some pressure of Cook, but will also help him be more efficient. He averaged a career-best 5.0 yards per attempt in 2020 and should continue on that torrid pace for 2021. His ability as a pass-catcher and undeniable stranglehold on the Vikings’ backfield has him firmly entrenched as the most valuable back on this dynasty trade value chart.

Looking at the wide receiver section of the dynasty trade value chart will have the reddit and Twitter mobs ready to storm the castle.

“How can Justin Jefferson be so low?!?”

“What Idiot has AJ Brown and DK Metcalf valued below Mike Evans?!?!?”

This trio of young receivers is suprememly talented, but they are still young and there is some variance in their rankings. However, Mike Evans is the definition of consistency at this point. He has never had fewer than 1000 yards in a season, this includes his injury-shortened ones as well. He has had 100+ targets every year as well. Consistency is king and Mike Evans is as reliable as Brady playing in the Super Bowl at this point. Sure, Metcalf, Jefferson, and Brown look like they will continue their ascent to an elite-level, but they have some question marks in role and at quarterback. These questions take away from their value while Evans looks like he will keep going for another six years the same he always has. 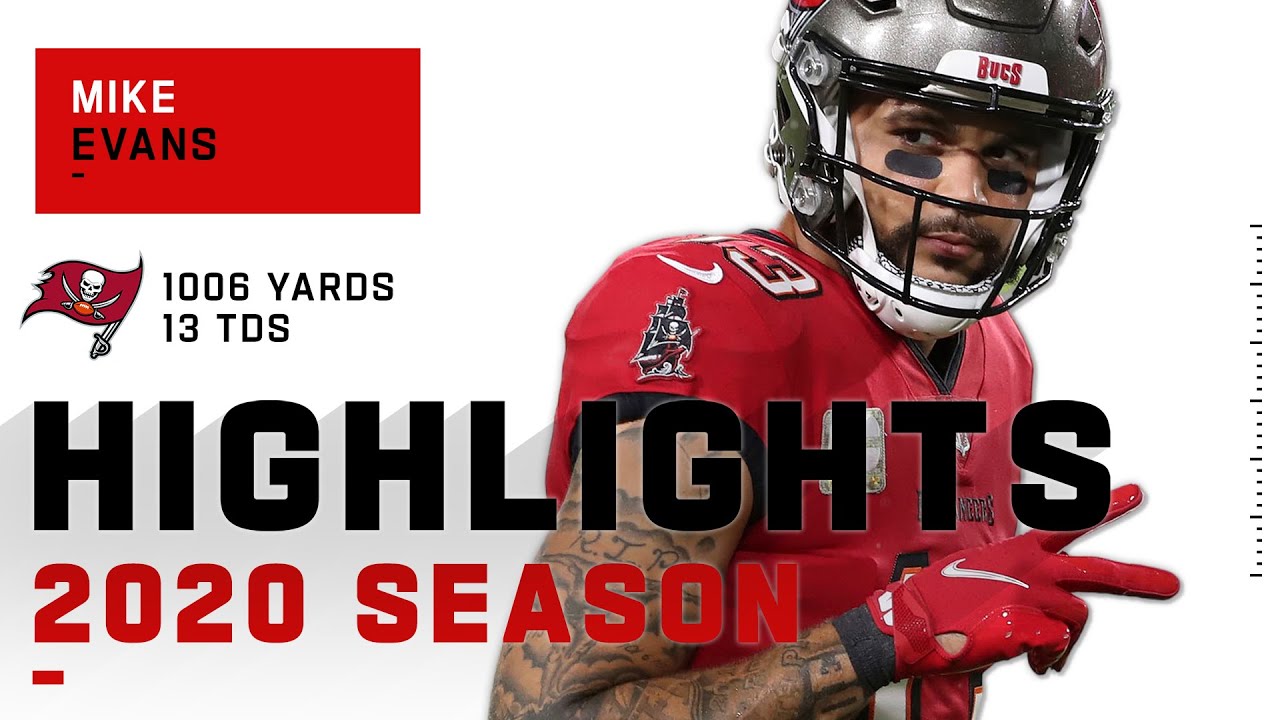 Tight End is a position where it is a challenge to find a reliable option in real life and in fantasy football. However Kyle Pitts may be a guy who fits in the Travis Kelce-esque receiving monster role. Pitts was a beast at Florida and looks every bit an elite-level pro. He should be a valuable dynasty asset in the years ahead and scores as the fourth most valuable tight end on the trade value chart. There is just too much volatility outside the top three of Kelce, Kittle, and Waller to find reliable and consistent value at the tight end position. If you can land Pitts in the draft or via trade, make it happen. He looks like he could expand the top tier of tight ends to four.

Breaking out the Rookies into their own section is important because you have to know, rookies are volatile. These values are an absolute dart throw and will move up or down in the coming weeks as we learn more through the evaluation process and learn where they will land. It is hard to accurately evaluate how much of an impact any rookie will have so this is all a best guess. For a quick reference, allow for an error of +/- 6 on any deal involving a rookie.

That being said, Ja’Marr Chase looks like the second coming of Megatron, but there is a solid trio of running backs that should be productive in 2021. Sure, Najee Harris and Travis Etienne are getting the hype, but right now Javonte Williams actually eeks them out in the formula. This may be because of a potential annomaly in the FantasyPros ranks, but looking at the tape and production, Williams looks like a beast. Add in he might land in a friendlier situation with lower expectations and he could be this year’s breakout rookie.