After a somewhat pedestrian afternoon showing last week, we kicked things into gear in the night slot. If you read the column last week and tailed my picks. your lineup would have included QB-Vitt (32.44 points), QB-Cunningham (25.98 points), RB-Harris (23.80 points), and WR-Jones (39 points). That’s a heckuva start that would have surely landed you in the money.

This week we welcome back the SEC as a full slate of conference games kicks off their 2020 season. In general, my picks will lean towards teams that have already played as we have more intel on them. Remember, this isn’t the NFL – we often don’t have information on who’s been named the starter or who may be injured or suspended until kickoff. This is especially true for teams that have yet to play this year.

Click here to enter the #DegensOnly Showdown for FREE. Winner will get $100 cash and a chance to share their DFS lineup on air.

We last saw the new Oklahoma QB throw for 290 yards and 4 TD’s in the first half against the lowly Missouri State Bears. While Kansas State is obviously a step up in competition, under Lincoln Riley, the OU QB always puts up gaudy #’s. Rattler is next up in a line of QB’s that include Jalen Hurts, Kyler Murray, and Baker Mayfield. So yeah, not just anyone gets the start in Norman.

It might seem like Mond has been at Texas A&M for at least 7 or 8 years but he is now finally a senior. He’s also the sure-fire pick to start for the Aggies and put up a solid game against the cellar-dwelling Vanderbilt Commodores. In 2019, Vandy let up 225 yards and 2TD’s per game through the air.  Expect Mond to reach or exceed these figures.

In addition to the passing game, Mond also delivers a high floor due to his rushing abilities. He’s not the sexiest pick this week, but with so much uncertainty around most of these players, I have no issues with paying up for the Aggie QB.

This is a situation to monitor up until kickoff as new head coach Mike Leach has not been 100% committed to naming Costello the starter. However, it’s assumed the Stanford transfer will begin the year under center for the Bulldogs. If that’s the case, getting a Leach QB this cheap is an absolute steal even if they are playing the defending champion, LSU Tigers.

Remember, LSU has been gutted by graduation, players leaving early, and COVID. Granted, their second or third string is still probably better than most schools, but Miss St should be able to score some points here.

If you plan on using two QB’s in your night lineup, I’d advise on not trying to scrap the bottom of the barrel for your 2nd guy. There’s a lot of situations where coaches have been unwilling to name a starter or where two QB’s will split snaps. Steer clear of those.

In Wilson, you are getting a guy who may have only put up 17 fantasy points in their first game vs Navy but BYU was up big and took the air out of the ball in the 2nd half. The Cougars will be able to score against Troy and Wilson should exceed at least 20 fantasy points this go around. 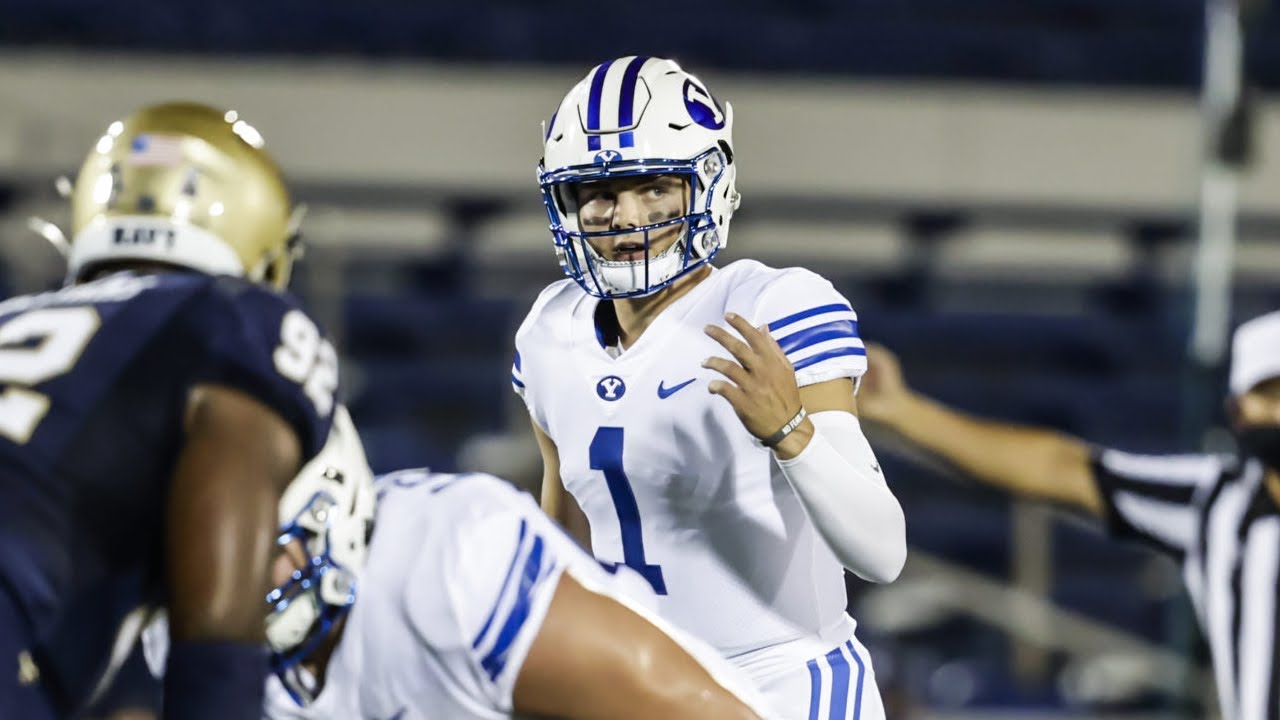 With so many unknowns this week due to teams playing their first game, I’ll settle for an RB that’s already played two. In these games, Hawkins has rushed for a combined 235 yards and 2 TD’s including 164 against Miami. Pitt has been stout against the run this year but the offenses at Austin Peay and Syracuse fail to compare to what Louisville can do. Plus, if your lead back is only $6,700 it frees up money to spend elsewhere.

I’ll pay up for the most expensive RB in the night slate. I favor Najee Harris over Cam’Ron Harris of Miami because of Miami’s reluctance to give their lead back the majority of the carries. Bama will spread the rushing attempts around as well, but Najee Harris is a sure thing to receive close to 20 carries, go over 100 yards, and score a couple of times.

With the departure of Jatarvious Whitlow, the starting running back gig at Auburn is up for grabs. Although it may be somewhat of a committee, it appears Shivers has been named the starter. Plus, in 2019, Kentucky ranked 11th out of 14 in the SEC in rushing yards allowed. At this price, I’ll take the gamble on Shivers.

The Kansas transfer finds himself atop the VT depth chart to start the 2020 season. Expect him to get the early down and goal line work while Raheem Blackshear is inserted on passing downs. VT’s opponent (NC State) just let up over 130 yards and 3 TDs to Kenneth Walker of Wake so they aren’t exactly the ’85 Bears.

Four of the top five pass catchers from the LSU squad last year have all departed. The one man remaining is Terrace Marshall Jr. He should be in store for a boat load of targets this year and the opening game vs Miss State should be a high scoring affair. Expect Marshall to go over the century mark and find paydirt at least once.  See highlights from a season ago. 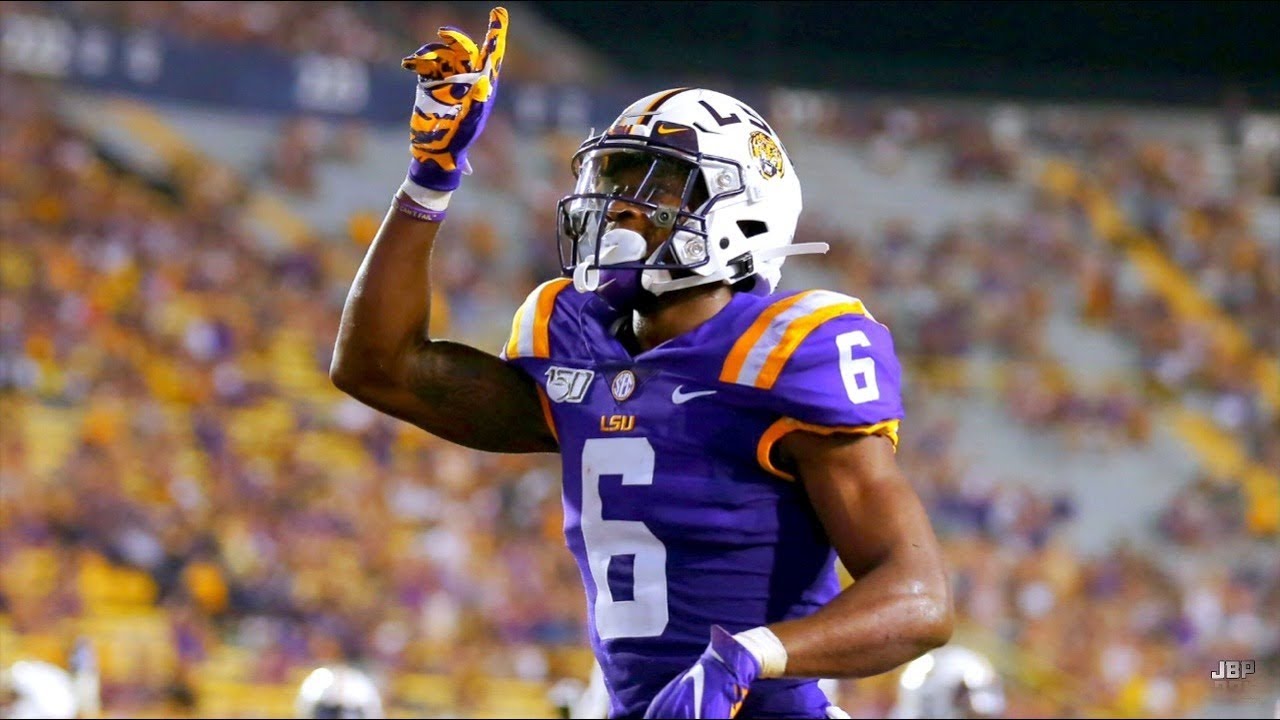 While the Bama wideouts are intriguing, I’ll go with a BYU stack and take Mitt Romney’s nephew. That’s not a joke – his uncle is the former presidential candidate. While in no shape or fashion am I choosing Gunner due to his family ties, I am selecting him because he caught 4 balls for 134 yards and a TD in BYU’s first game vs Navy. If the Cougars didn’t run clock in the blowout win, he may have cleared 200.

With all of the SEC players in the fold this week, there are bargains to be found outside the premier conference in all the land. Look no further than back to the Louisville Cardinals and a WR that has already caught a combined 11 balls for 184 yards and a TD in his first two games. We know Louisville can perform on the offensive side of the ball and that will continue even against the respectable Pitt D. There’s no one else at this price point who has the proven and reliable production that Fitzpatrick has.

Hazelton is a grad transferring from Virginia Tech and is the assumed WR1 for the Tigers. He started three years at VT and caught 8 TD’s in each of the last two seasons. Mizzou should be down most of the game vs Bama and will be passing frequently. At $5.3K, Hazelton should have a solid game with a lot of upside.

Click here to enter the #DegensOnly Showdown for FREE. Winner will get $100 cash and a chance to share their DFS lineup on air.