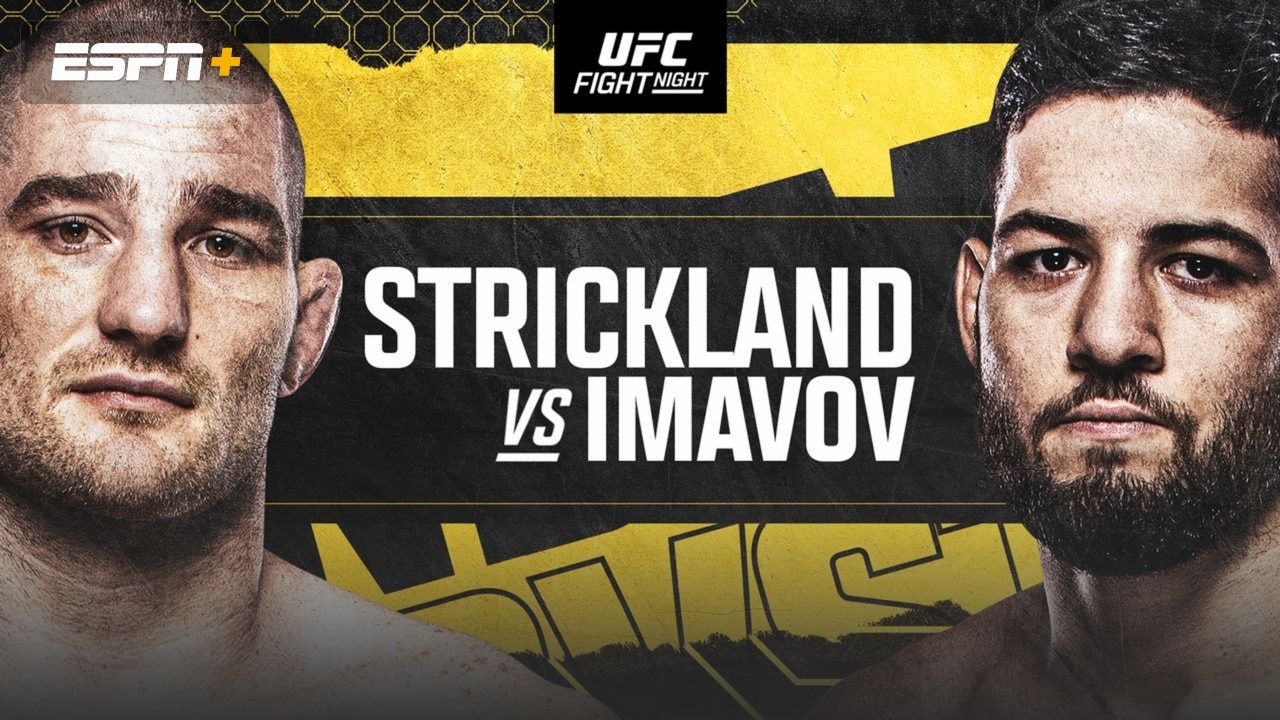 It’s baaaaaack!!! After almost a month off, the UFC is back at the UFC Apex this Saturday for a Fight Night card. And, strangely, the same man that headlined their last fight card is headlining this one too – Sean Strickland. He’s stepping in on very short notice for an injured Kelvin Gastelum in a hastily arranged light heavyweight fight against Nassourdine Imavov. Here are my UFC Vegas 67 predictions, hopefully getting us off on a good foot in 2023. 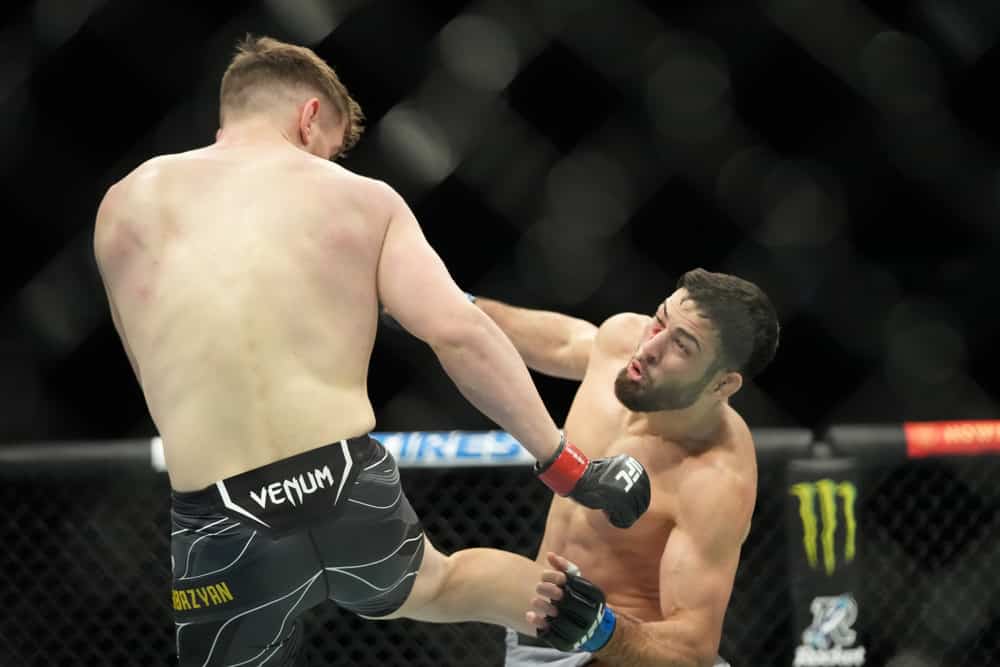 My pick in the main event all comes down to the short-notice nature of this fight. Fighters that step into a fight on short notice (less than a month) only win 36% of the time. And this is really short notice for Sean Strickland – less than a week. While this fight being up a weight class at light heavyweight will help Strickland out due the compressed time to cut weight, it will also help Nassourdine Imavov, who has struggled with his cardio in the past. Imavov is my pick in this pick ’em fight.

The co-main event is also a very tight fight on the books. I’ll take the streaking Damon Jackson at the plus money. The veteran has looked amazing in his second kick at the can in the UFC, winning four straight fights. I see the grappling wiz making it five straight against the scuffling Dan Ige, loser of three straight.

Another underdog for the normally chalky me. Maybe I’m a new man in 2023. I see this middleweight clash being a prolonged striking battle, as neither man grapples much. And, in that case, I like Roman Kopylov. He’s a better striker from distance (Punahele Soriano actually gets outstruck statistically at distance) and has finishing power (eight knockouts in nine pro wins).

Roman Kopylov has stopped 8 of his 9 career victories via knockout and is coming off his first win in the UFC #MMATwitter #MMA #UFC #UFCVegas67 pic.twitter.com/ZhmVf8dnwz

As per usual, I’ll take the bigger, younger fighter in this women’s bantamweight matchup, and that would be Ketlen Vieira. The stats are actually encouraging me to pick Raquel Pennington in this fight, but I’m going with my gut for a change. I just think that Vieira is the better fighter of the two.

Well, my streak of getting good odds on my picks ends here. Umar Nurmagomedov is bigger, way younger, and better in every aspect of MMA than Raoni Barcelos. But -905? No thanks.

In the main event of the prelims, I’m taking Dana White’s Contender Series grad Claudio Ribeiro in his UFC debut. He’s way bigger (three inches of height, four inches of reach) and way younger (seven years) than Abdul Razak Alhassan, and you know I like that. He’s also finished all 10 of his pro MMA wins via strikes, and is on a six-fight winning streak, while ARA has lost four of five.

Nick Fiore is taking this fight, his UFC debut, on short notice. And he’s having to cut down a weight class to lightweight to do it, against a guy who has won 13 straight fights and looked great on DWCS. That would be Mateusz Rebecki.

Mateusz Rebecki will be making his UFC debut at #UFCVegas67 against Nick Fiore. Rebecki is 16-1 with an 87.5% finish rate and enters on a 13-fight winning streak. He's coming off a dominant submission win on DWCS last year to earn his UFC contract: pic.twitter.com/rnaVc1yGj8

Next, we’ve got a bantamweight matchup between two undefeated fighters. However, ‘The Snow Leopard’ Javid Basharat is such a great bantamweight prospect that I expect him to have no problem going 14-0 against the debuting Mateus Mendonca. Basharat has just looked fabulous over his two UFC fights and his appearance on DWCS.

Allan Nascimento is the better striker as well as grappler in this flyweight matchup, but I don’t feel like he’s a -360 slam dunk choice to win this fight. That being said, I think he’s better than Carlos Hernandez, so he’s the pick.

We get another short-notice debuting fighter here in Nick Aguirre, so you know I’ve got to fade him. Former LFA champion Daniel Argueta should get his first UFC win in his second attempt this Saturday, as he’s fought way better competition than the 7-0 Aguirre has.

In a flyweight fight that should be around a pick ’em on the boards, in my eyes, I’ll take the massive underdog in Jimmy Flick. Both Flick and Charles Johnson are former LFA champs and have both fought generally the same level of competition. However, Johnson is coming off of a split decision win over Zhalgas Zhumagulov, a fight most observers scored for Zhumagulov. Meanwhile, Flick has submitted four straight opponents. Give me that sweet plus money.

In Saturday’s curtain jerker, I’ll go chalk in Sijara Eubanks. She’s a better distance striker than Priscilla Cachoeira, and a WAY better grappler, which I think will be the determining factor in this fight.