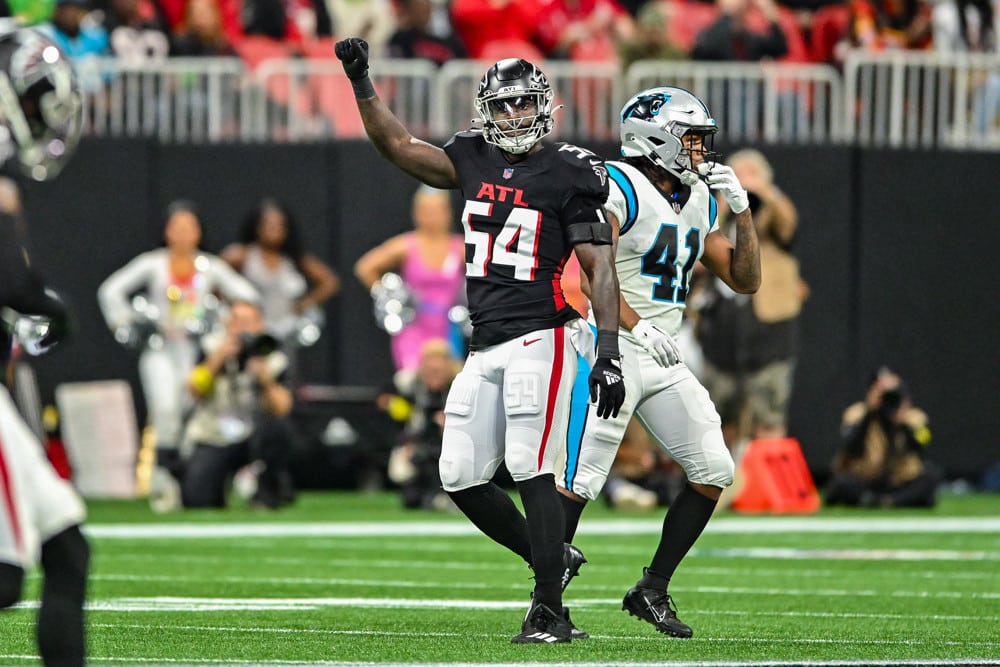 We’ve got your fantasy football week 16 standard IDP leagues covered with a few studs and dud tandems to consider. So with this advice, we’ll also mention a reminder for novice or new IDP managers. Don’t reach for a high-ceiling player because he is newer and shiny unless you have to have the deep Hail Mary even to have a shot at all or something outrageous like that.

So within these tandems are the names of tier one and tier two IDP players, and maybe even tier three in your league. But if you’ve had a top and well-known player on this list already producing for you. Use your gut, of course. That’s what got you to the playoffs.

And remember that the guys you’ve used so far have likely shown the consistency to hit their solid floors so if they are top-tier “names” at this point of the playoffs and have been producing. They shouldn’t be dismissed so quickly based on whatever take we have on them or the players in these footnotes.

These NFL positional player duos have favorable week 16 IDP matchups in this year’s fantasy football playoffs. And the odds are strong that they’ll hit their average weekly fantasy football points ceilings in these games.

Over the last four weeks of the season. The Ravens have ranked top 10 in allowing production to the inside linebackers of opposing teams. And saw the top 5 rankings at least one of those times in balanced formats. In order, projected tiers for the following. Falcon Rashaan Evans, tier-one with an upper top 5 LB1 ceiling. That was simple.

So now on to our week 15 IDP ringer. The rookie Troy Andersen started in place of Mykal Walker for the first time. And the results might not have been huge in the box score. But if we confirm, which it stands right now, that Andersen starts again this week. Then we are good to go.

And this other LB position will hold LB1 upside, with an LB2 projection versus the Ravens. We just don’t suggest trusting Walker at all if you’re thinking about it. Not after his final demotion last week, which already cost us. Plus, with the latest reports coming out, Andersen will be named the starter again in week 16. And we don’t doubt that’ll not happen after how all this has played out. Leaving snaps for Andersen to absorb IDP production. That should be, if anything else, productive by default via this very strong matchup.

Micah Parsons was a huge stud in IDP leagues last season. But the Cowboys aren’t using him quite like last year. At least in terms of being used so much this season as a pass rusher. But versus the Eagles, who have managed top 10 results for the ILB duos over the last few weeks. And considering Parsons’s role and production week six, the first time they meet this season. Parsons is good to go with a top-5 LB1 projection again.

Update, Leighton Vander Esch (Neck) will miss some time with a pinched nerve in his shoulder. Stopping me mid-article to say this has now become a warning. This matchup is great, but we aren’t looking at Anthony Barr or any other replacement they might name.

Not now, not during the playoffs. And Barr is a name we all might know because he’s well-known as a defensive player in the NFL. But trust me, we have his history. So only the deepest darkest reasons would have us reaching for anything here in week 16 IDP leagues.

Jack Sanborn recently sustained an ankle injury in week 15 and was placed on the I.R. So, something to note is deep veteran Joe Thomas does have a history of being reliable if he’s named the LB3 starter with upside. But with this situation and the Bills relinquishing the top 10 fantasy production. It’s the other guy that’s starter all year, and that’s Nicholas Morrow. Because without Sanborn playing. This window is opened wide enough that whoever it is and Morrow will get plenty of opportunities to make plays versus Buffalo.

Sticking with who is allowing great IDP production. The Ravens are hot in the secondary for the safeties too. And the only positions not looking so hot are every one along the defensive front line, except for Gardy Jarrett, who has a slight edge in talent but not enough to call him a solid DL1 in most week 16 IDP league formats. And as for the safeties, Richie Grant and Jaylinn Hawkins? They both have tier-1 ceilings that are smoking. But it’s safer to go with Hawkins as a solid DB2 option with a strong upside to DB1 production, just in case.

At this point, we mentioned Rayshawn Jenkins last week. And indeed, he went off with something like 18 total tackles and a couple of bonus interceptions. That super outlier performance certainly won’t happen like that again. But nonetheless, in this case, this week. We’re also here to remind you that rookie strong safety Andre Cisco came back last week from a long injury hiatus.

And now, with that one week back under his belt and we can see he’s healthy. We feel safe enough to suggest he’ll hit his normal ceiling versus the Jets in week 16 1DP formats. So along with New York’s top 12 status in points over the last four weeks. Cisco also has a solid DB1 ceiling as a projection heading into this week 16 IDP contest versus the jets.

Versus the Chiefs, which were a top 5 ranked team in the right categories until just recently. Quandre Diggs and Ryan Neal should produce like they always do as an IDP duo when the matchup is strong. And in this one.

We should figure both should hit their higher fantasy football points ceilings instead of it being one or the other. Or just middling numbers for both of them when it happens. They split what’s available via the opponent.

The Chargers use to protect the edge and quarterback Justin Herbert. But that was at the beginning of the season, and most recently, it’s completely flipped. And top 12 production is on tap for recently returning rookie edge rusher Kwity Paye as a solid DL1 play. So that’s also a strong enough matchup too that long-time veteran Yannick Ngakoue should also have his upside as a solid DL2. And one that’s also known to overachieve from time to time as a bonus.

After hitting on Dalvin Tomlinson last week, in which he got four combined and a QB hit. Harrison Phillips also came on strong in what was a solid matchup last week. So now that we’re doing tandems, we have a bit more favorable and strong top 5 matchups versus the Giants. Give them DT1 credit in week 15 balanced IDP scoring formats that carry DL2 ceilings in a really deep pinch.

Tennesse’s starting DTs have a premium tier-1 matchup versus the Texan’s offensive line. So our hot DT1 start is, of course, Jeffery Simmons. And a DL2 option is veteran DeMarcus Walker if Denico Autry (Knee) is out again. But we’ll avoid both if Autry plays because Simmons and Autry were the full-time starters. And Autry has been out for a while, so we can’t trust he’s 100% healthy and ready to go.

These NFL positional player duos have unfavorable week 15 IDP matchups in this year’s fantasy football playoffs. And the odds are strong that they’ll struggle to hit their average weekly production. And more likely looking at will see their floor this particular matchup.

After suggesting Jerome Baker as a linebacker in week 15’s fantasy football notes. And noting he was fine until he went out with an ankle injury last week. But is a complete avoid along with Elandon Roberts at any level this week. And versus the Packers that are in the bottom five the last few weeks in ILB production, it’s a no-brainer. This duo needs everything to be just right to hit anything near where we’d need them to be in terms of consistency. And that’s far from the case in week 16 IDP leagues.

So neither Kenny Clark nor Jarran Reed has exactly lit the world on fire this season. At least not to a point we could call anything a hot streak. But they have been solid options from time to time, and we see their popular names mentioned just as often.

And we’re going to say don’t go reaching here this week. Because by the numbers, the Rams allow number one ranked points off the edge. Which can be deceiving in leagues that play designated DLs. And that’s landed the unit dead last at gifting the same types of numbers from the interior to the DTs. And this is where this duo has struggled to produce all season, and they should be avoided this week.

This inconsistent duo on the year finally hit a hot streak in matchups and has lived up to them in IDP scoring. But that’s not the case for Kareem Jackson and Justin Simmons this week. And with Cooper Kupp and Allen Robinson on injured reserves. It’s left the Rams leaving little to nothing downfield for the opposing safeties.

Hence. Landing them dead last in allowed fantasy football points over the last four weeks of the season. And we know that prior to that hot matchup streak. Neither Jackson nor Simmons overachieved. So that’s leaving us the odds it’s not going to happen this time either.