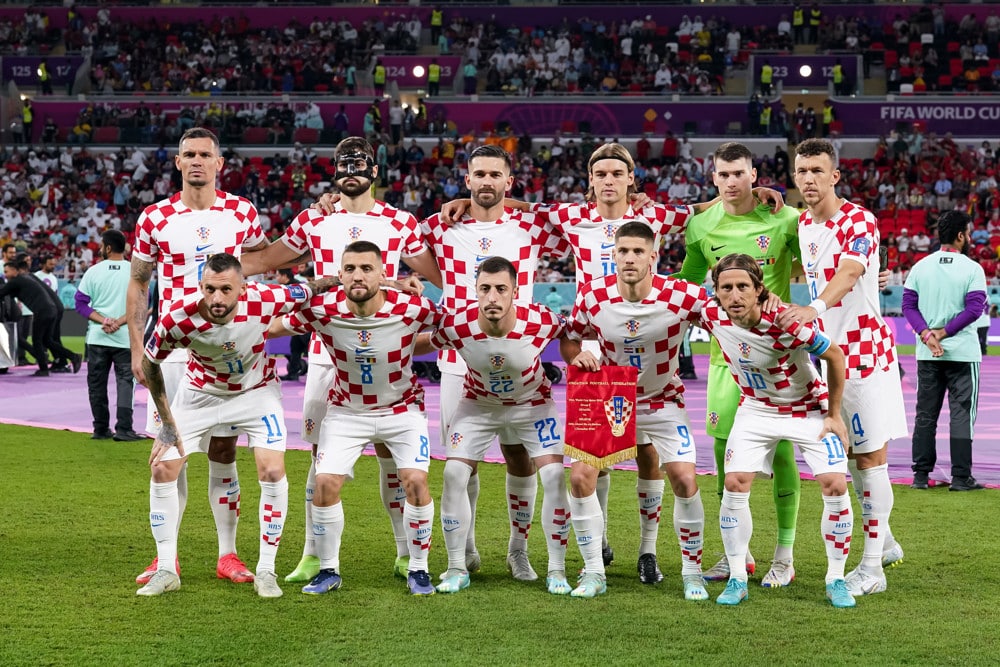 Soccer fans will be up for another treat when the Round of 16 continues with the World Cup December 5 matchups. Japan will try to upset another big team when they lock horns with Croatia, while Brazil will try to avoid any surprises against the feisty South Korean team in the 2 matchups of the day. Many have predicted Brazil and Croatia to reach the Round of 16, but very few expected South Korea and Japan to come out of their groups. Can these two teams cause another major upset, or will this be their last dance at the tournament? Keep reading our exclusive preview of the matches and find the best betting picks below!

Croatia will enter this matchup as an absolute favorite, but the 2018 runner-up will not have an easy task against a team that has already taken the scalp from two dogs, defeating Germany (2:1) and Spain (2:1), topping Group E. In both of these matches, Japan was behind 0:1 at the half! I am sure that the Samurai Blue won’t mind falling behind once again, knowing that their fortunes will ultimately turn and they advance to the next round.

Hajime Moriyasu’s coaching skills will be put to test knowing that one of his key defenders Ko Itakura will be ruled out of the match due to yellow-card suspension. Hiroki Sakai and Takehiro Tomiyasu are also bruised up, while Takefusa Kubo is questionable due to Illness. The key player to watch out for Japan will again be Ritsu Doan, a 24-year-old forward, who scored the first goal for Japan in both of their huge comebacks against Germany and Spain.

Zlatko Dalic and his team are favored by the sportsbooks with +110 on the moneyline, but the Vatreni know that they will need to show a lot more if they want to advance. So far, Croatia has not been very convincing and even Zlatko Dalic admitted that they got extremely lucky against Belgium. Croatia opened the tournament with a surprising 0:0 draw against Morocco, then thrashed Canada 4:1, and was lucky to walk away with a 0:0 draw to Belgium in the final game, which was enough to finish the group stage in the 2nd place of Group F.

Luka Modric will again be the key player for Croatia. In his last three WC contributions when Modric has either scored or assisted, Croatia ended up winning the match.
A positive fact for the Croatians is that they do not deal with injured players. Josko Gvardiol is developing into a world-class defender and since he has taken ownership of the defense, Croatia is receiving very few goals per match.

Although I expect Japan to keep their engines running throughout the entire match, wearing down the Croatian midfield and ultimately finding the back of the net at least once, I still believe that Croatia will prevail in the end and advance to the next round. Japan has had possession of the ball for only 18% of the game against Spain and 26% against Germany. I don’t expect this to be different in this game, but they will surely be dangerous with counter-attacks. Plays: Both teams to score is tempting at +100, but I think there will be more than 2.5 goals scored, offered at +125.

The second World Cup December 5 matchup between Brazil and South Korea will be played at Stadium 974 in Doha.

Brazil suffered a late 0:1 loss to Cameron in their final game of the group stage which ended Brazil’s 9-game winning streak. Even with the loss the five-time WC winner still managed to top Group G, ahead of Switzerland, Cameroon, and Serbia. Head coach Tite rested some of his key players in the final game but even bringing fresh legs against Cameroon was not enough to end Brazils’ scoreless first-half run that now stretches across their last 5 games.

The Selecaos injury room has been extremely busy since the start of the World Cup. The good news is that Neymar, who missed the last two games with an ankle injury, will most likely be ready for South Korea. However, Alex Sandro (muscle injury), Gabriel Jesus (knee injury), and Alex Telles (knee injury) will be out on Monday.

On the other side, South Korea shocked Portugal with a sensational 2:1 win in the Group H finale, which was enough to win the 2nd place and advance to the Round of 16. The Taegeuk Warriors kept their net intact against Uruguay in their opening game of the WC (0:0), but then suffered a tough 2:3 loss to Ghana. Not many have expected Sergio Costa’s men to pull an upset against the 2016 EURO winners Portugal and win the 2nd spot in the group ahead of Uruguay.

South Korea has proven its capabilities in the three games played so far, in which no team has dominated them statistically while scoring 4 goals and conceding also 4 goals. The South Korean team will have a tough task to overcome Brazil if they want to repeat their biggest WC achievement, reaching the semi-finals back in 2002. Kim Min-Jae will most likely miss the game with a calf injury while all other players should be ready to face the #1 FIFA-ranked team.

Richarlison has scored 2 goals for Brazil so far in the tournament and I wouldn’t be surprised to see him on the scorers’ list again as the 25-year-old Tottenham Hotspur star rested against Cameroon and will be goal-hungry against South Korea. This will be my betting pick for this match. Plays: Richarlison to score and Brazil to win at +125.