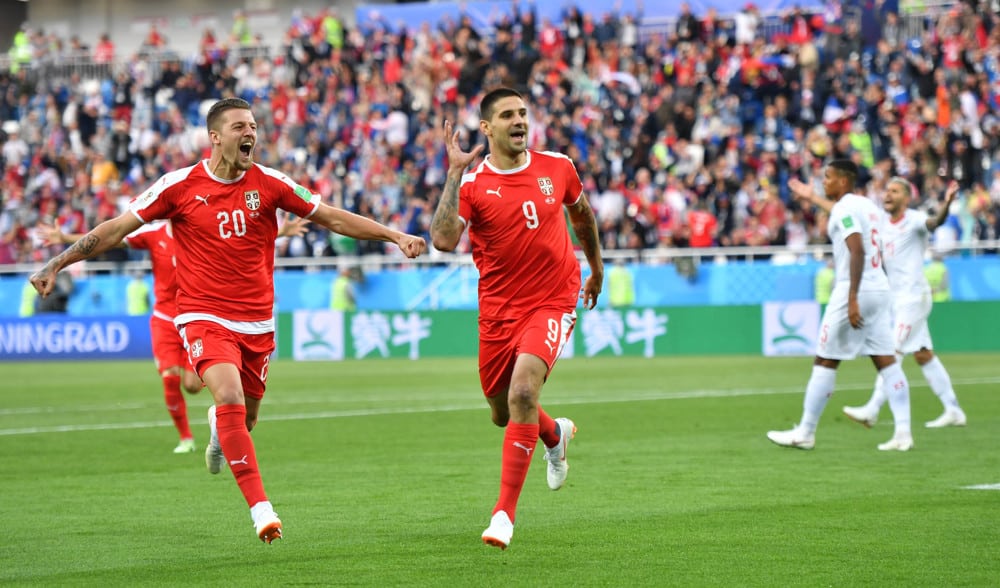 The FIFA World Cup Qatar 2022 is just around the corner, so we are breaking down Group G to get you the best betting picks and predictions along with the latest future odds. The betting action in Group G starts Thursday, November 24, when Switzerland meets Cameroon at Al Janoub Stadium and Brazil takes on Serbia at Lusail Iconic Stadium. Three of those four teams played in the 2018 World Cup Group E and Brazil and Switzerland qualified for the Round of 16, whereas Serbia finished behind them at the third spot.

Brazil is the most successful team in World Cup history with five titles, but Selecao hasn’t lifted the famous trophy in 20 years. Also, they haven’t gotten through the quarterfinals since winning the title in 2002, so the expectations are sky-high in Qatar 2022. Nothing but first place will satisfy the soccer fans in Brazil, and Selecao are listed as the top favorite to regain the crown in Qatar with their odds at +400.

Head coach Adenor Leonardo Bacchi, commonly known as Tite, was at the helm in Russia, and the 61-year-old tactician has already stated he’ll step down after the 2022 World Cup. Brazil cruised through the CONMEBOL qualifiers without a single loss in 17 outings and a majestic 40:5 goal difference.

The vast majority of this Brazil team is playing for the best teams in the Spanish La Liga and English Premier League, including the 38-year-old captain Thiago Silva (109 caps, 7 goals). Alisson (57 caps) is arguably one of the best goalkeepers in the world, while Brazil’s frontline looks terrifying. Tite prefers a 4-2-3-1 formation and has numerous quality options in the final third.

Gabriel Jesus (56 caps, 19 goals), Raphinha (11 caps, 5 goals), and Richarlison (38 caps, 17 goals) are all top-notch forwards, but Neymar (121 caps, 75 goals) will be a key factor in Brazil’s eventual drive to success. The 30-year-old winger has already accounted for 15 goals and 12 assists in 20 appearances in all competitions for PSG so far this season. However, Neymar’s legacy exclusively depends on his results with the national team.

The Seleção players had a competition to see who could control the ball from the highest distance.

Richarlison was winning with 30 metres until Neymar controlled a ball launched from 35 metres in the air 🔥 pic.twitter.com/y9ZFi3V4P1

The Eagles upset the odds in Group A of the UEFA qualifiers, finishing three points ahead of Cristiano Ronaldo’s Portugal with six wins, a couple of draws, and an 18:9 goal difference out of eight games. On the final matchday, Serbia outlasted Portugal 2-1 at Estadio da Luz in Lisbon in a dramatic fashion, as Aleksandar Mitrovic scored the winner in the 90th minute.

Led by a former Yugoslavia superstar Dragan Stojkovic Pixi, the Eagles mostly play in a 3-5-2 formation with the 33-year-old captain Dusan Tadic (90 caps, 18 goals) as a primary playmaker in the final third. Serbia possesses a lot of quality defenders which is the main reason why Stojkovic prefers to play with three at the back.

The Eagles have won four of their last five games including a 4-1 dismantling of Sweden and a nice 2-0 road victory over Erling Haaland’s Norway. Four years ago, Serbia exited in the group stage, finishing a couple of points behind second-placed Switzerland, and the Eagles hope to go one step further this time around. You can take them at +8000 to go all the way.

Keep your eyes on Aleksandar Mitrovic, who’s bagged a whopping 50 goals in 76 appearances for the national team. The 28-year-old powerhouse forward has nine goals in 12 apps for Fulham in the English Premier League this season. Last season, Mitrovic set the record for the most goals scored in the English Sky Bet Championship with 43.

Aleksandar Mitrović scored an injury-time winner as Serbia leapfrogged Portugal to seal their place at the 2022 World Cup! 🇷🇸🔥 pic.twitter.com/EOod5NCYAR

After reaching the Round of 16 in Brazil 2014 and Russia 2018, Switzerland looks for another successful campaign in Qatar 2022. The Red Crosses are not considered a world-class team by any means, but they are strong enough to compete with anybody and pull off a couple of upsets. At the moment, Switzerland is a +10000 underdog to win the title.

Head coach Murat Yakin took the helm in 2021 and helped Switzerland to outlast Italy in the race for first place in the qualifiers. Yakin mostly uses a 4-2-3-1 formation and prefers to take a patient approach, as his boys lean on hard work and strong team defense. They’ve won three straight games in the UEFA Nations League including a 1-0 win against Portugal and a 2-1 road victory over Spain as huge +500 underdogs.

The 31-year-old midfielder Xherdan Shaqiri (108 caps, 26 goals) is the most talented player in this Switzerland team, though his career has gone downhill over the last few years. The 30-year-old captain Granit Xhaka (106 caps, 12 goals) is another veteran and an important part of Switzerland’s midfield, while Manuel Akanji (42 caps, 1 goal) is a key player at the back.

The 25-year-old forward Breel Embolo will have to show his goalscoring skills if the Red Crosses want to qualify from Group G. They lack pacey players, and Embolo’s speed could be crucial, as Switzerland loves to play through counter-attacks. Embolo is currently playing for AS Monaco and has scored seven goals in 15 appearances in the French Ligue 1 so far this season.

The Indomitable Lions will appear on the biggest stage for the first time since 2014 when they lost all three games in the group stage. Cameroon has lost six consecutive World Cup games, and the Lions’ fans hope that will change in Qatar 2022.

Head coach and former international (137 caps for Cameroon) Rigobert Song got the job in February 2022, and his boys are listed as massive underdogs in Group G. Cameroon sits at +350 odds to reach the Round of 16 and +25000 odds to win the title in Qatar. The Indomitable Lions are winless in three straight outings, losing to South Korea 1-0 and Uzbekistan 2-0 in friendlies.

Cameroon lacks creativity in the middle of the park. The Lions’ defense is far away from an elite level, though Andre Onana (31 caps) is a top-notch goalkeeper, while the 30-year-old captain Vincent Aboubakar will lead the frontline. It is difficult for any predictions to pick the Lions to advance out of Group G, but the veterans could lead the Lions on to the knockout with some luck.

The 33-year-old forward Eric Maxim Choupo-Moting (68 caps, 18 goals) is the best player in this Cameroon team. He’ll be the biggest attacking threat for the other three teams in Group G. Choupo-Moting has scored six goals and a couple of assists so far this season, playing for the greatest club in Germany, Bayern Munich.

Four years ago, Brazil finished ahead of both Switzerland and Serbia to top the group table, and Selecao should have enough firepower to win Group G in Qatar 2022. The odds are not tempting at -325, and Brazil won’t have an easy task, so I don’t think there’s a value going with Selecao. You can take the risk with Switzerland and Serbia, though outscoring Brazil will be a tall order for both of these teams.

Many are expecting Brazil and Switzerland to qualify for the knock-out stage, setting the odds at +110, while Brazil and Serbia sit at +137. You can’t go wrong with these two combinations, as Brazil’s early elimination would be a shocker. Also, Cameroon lacks talent everywhere, so I’m expecting Switzerland and Serbia to fight for the second spot in Group G. In case you like their chances to upset Brazil, take Switzerland & Serbia at +1400 odds.