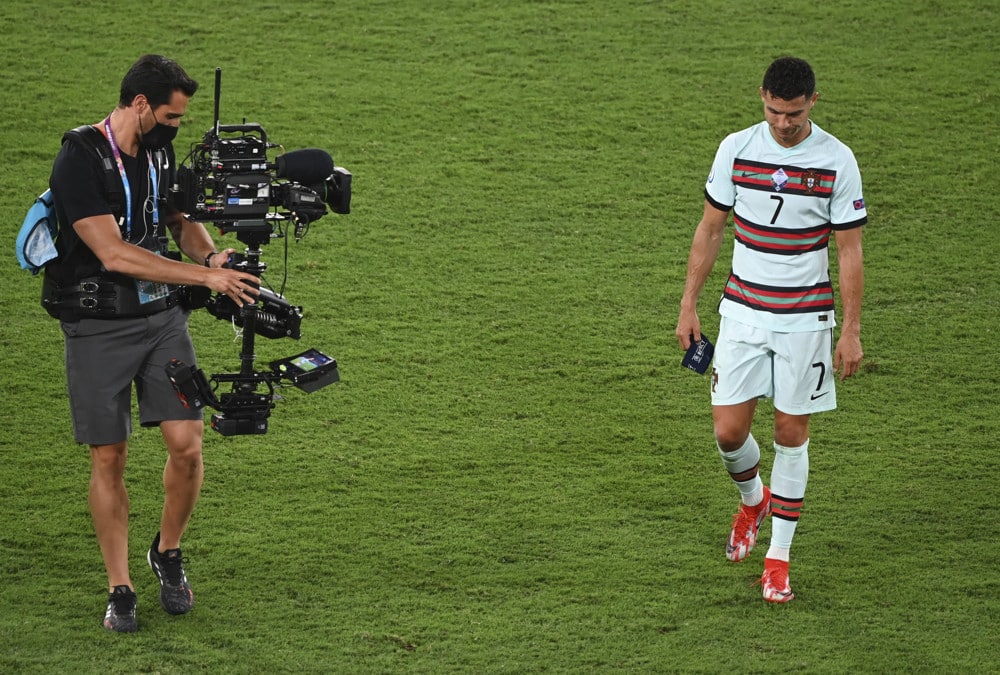 The countdown to the start of Qatar 2022 is well and truly on. The final matchdays of the major global domestic leagues are in the book, so it’s full steam ahead to the World Cup. Let’s pick apart this section and make some Group H predictions, a group that is perhaps the most competitive in Round 1. There are no easy games, however, and all 4 teams will think that they have a more than fair chance of qualification.

Portugal is an incredibly difficult team to evaluate. They seem to come with more questions than answers. They were mugged by Serbia in qualification which sent them into the playoffs. There, they navigated a tricky path past Turkey, then beat North Macedonia 2-0 to book their spot.

Cristiano Ronaldo has carried this Portuguese side for a generation but is also an albatross around the neck of Portuguese hopes. His presence has overshadowed the international career of a lot of top-class players, Bruno Fernandes, Bernardo Silva, and Joao Felix counted among them. Ronaldo has a remarkable 117 goals in 191 caps for the Portuguese, https://twitter.com/brfootball/status/1567836362178428931but his star is on the wane, and he looks a troubled individual. His vaunted return to Manchester United has not panned out at all, on the field he has only produced sporadically, and off the field, his histrionics don’t create a good impression. Yet, having said that, sheer force of will means that he’ll undoubtedly up his game for what will be his last World Cup. The mind might be willing but I’m not sure the body is able.

One big team always has a shocker at a World Cup, and I reckon it’s Portugal. A real quirk of this draw is that Portugal will face the last 3 teams who knocked them out of this competition, so the demons might be swirling about. Bruno Fernandes has the most unpleasant demeanor of any footballer I’ve ever seen, plus I really dislike his face. Their qualification was a chore, struggling against middling European sides like Serbia. Manager Fernando Santos is a negative tactician, and Portugal will not face any easy oppo here. I think the wheels might come off.

Uruguay is always an enigma. They find their way into the dark horse conversation with almost every renewal of the World Cup, and Qatar 2022 is no different. They filled 3rd place in South American qualification behind Brazil and Argentina, which is a reasonable result. La Celeste finished really strongly winning their last 4 games and will be hoping that this momentum rolls over into a tricky section. They have a relatively new coach in Diego Alonso but the squad has responded to him, as demonstrated by that flying finish to the South American group.

There were a lot of choices here. Veteran striker Luis Suarez will, for a final time, be the talisman for his Nation. He’s been a reliable, if controversial, performer for a long time and will be hoping to take a bite out of opposition defences. Liverpool striker Darwin Nunez has yet to fully settle into his new surroundings, but has shown flashes of brilliance and is an explosive frontman. Rodrigo Bentancur has played well for Tottenham Hotspur, but one I really like is Federico Valverde. The Real Madrid man can be a real driving force in midfield and could take this group by the scruff of the neck. Here’s a video of him kicking the ball into somebody’s front room.

Federico Valverde kicked a ball into someone's living room last night and he got it on film 😂 pic.twitter.com/qeVx95K3IK

I feel like I’ve been seduced by Uruguay more times than is wise in the build-up to previous tournaments. While I’m not quite there this time around, I do like the balance of their squad. They have a lot of top-class European experience, and although the defence is aging, they have good aggression and dynamism in other areas. Back them to win the group.

2nd in Asian Group A

South Korea has been a fixture at every World Cup since Mexico ’86. Most memorably of all, they reached the semi-finals in the tournament that they co-hosted in 2002, riding a wave of national fervour and dodgy refereeing decisions before their luck ran out.

Portugal joined the ranks of failed big hopes #OTD in the 2002 #FIFAWorldCup losing 1-0 to hosts South Korea
Too many shocks for one World Cup? There were more to come… pic.twitter.com/OQ4xc9Nfae

The 2022 incarnation of The Reds qualified from a weak section without much trouble. Finishing a close second to Iran, they were miles clear of anybody else and progress was never in doubt. Their coach, Paolo Bento, isn’t everybody’s cup of tea. His tactics can be seen as negative and the Taeguk Warriors fans love to see attacking football. However, Bento did manage the Portuguese in World Cup 2014, in a group that also featured Ghana who reopposes here, so there is a real familiarity amongst the teams in Group H.

Without a doubt, Heung-Min Son of Tottenham Hotspur is a star. A genuine world-class talent, Son has suffered an injury scare, fracturing an eye socket in a Champions League clash with Marseilles. Indications are that Son will be ok to play, and that will be a massive relief to the Korean camp. Son has 35 international goals in 105 appearances, and the Captain is absolutely vital if South Korea is going to emerge from this group.

South Korea and coach Bento will think they can get out of this group, and I agree with them. Portugal is the top seed but is flawed, whilst the Koreans have a decent record against teams around them in the World Rankings, which both Uruguay and Ghana are, and they’ll be competitive. They play Portugal 3rd, so have 2 chances to get 3 or 4 points on the board before that game, and when South Korea gets on a roll, we’ve all seen that they are incredibly dangerous. Bet them to qualify from Group H at +225.

Beat Nigeria on away-goals rule in the Playoff

The Black Stars missed out on Russia 2018 having qualified for the previous 3 tournaments. They qualified for Qatar 2022 the hard way, squeezing past South Africa on goal difference to set up a playoff with Nigeria, which Ghana won by virtue of scoring one more road goal than the Super Eagles. Ghana’s most famous World Cup memory is a painful one. Uruguay’s Luis Suarez handled on the line to deny Ghana a late winner in the 2010 Quarter Final, Asamoah Gyan missed the resulting penalty and Uruguay went on to win in a PK shootout. The teams meet again this time around in a Group that is interwoven with sub-plots. In the recent AFCON 2021, Ghana departed meekly, garnering just a single point from 3 games.

Thomas Partey of Arsenal is the one player in this squad playing at an elevated level than anybody else. Partey has been instrumental in his club starting the EPL season so powerfully. He anchors the central midfield area, meaning that his performances will be pivotal in setting the tone for how Ghana performs. He has 40 caps for his country, as well as Champions League experience to go with his EPL know-how. His ability to subdue the oppo will be key.

My issue with Ghana is that they never win! Previous Ghanaian sides have had slightly more stardust than the current crop. Brothers Andre and Jordan Ayew both have loads of experience but are particularly uninspiring and I can’t see them getting enough goals. The rest of this section is tough too. They start against Portugal and if they lose that they will end up facing South Korea and Uruguay teams who will have points on the board and the bit between their teeth. Unfortunately, I’ve got them on the plane home early.

If I’m fading Portugal, and I am, Uruguay are the most likely group winners. They have more of an all-round team than in previous tournaments and nobody will fancy taking them on. +200 is a nice price, and I can only see that contracting in the light of the media saga surrounding Portugal.  South Korea is always a threat, and if they can take advantage of the Portuguese problems, they can follow home Uruguay in the runners-up spot. I like their stand-alone price of +225 to advance, but a more exotic price is the Uruguay-South Korea forecast at 16/1. While we’re here let’s take Portugal to be on the first flight home too and fail to qualify at +350.