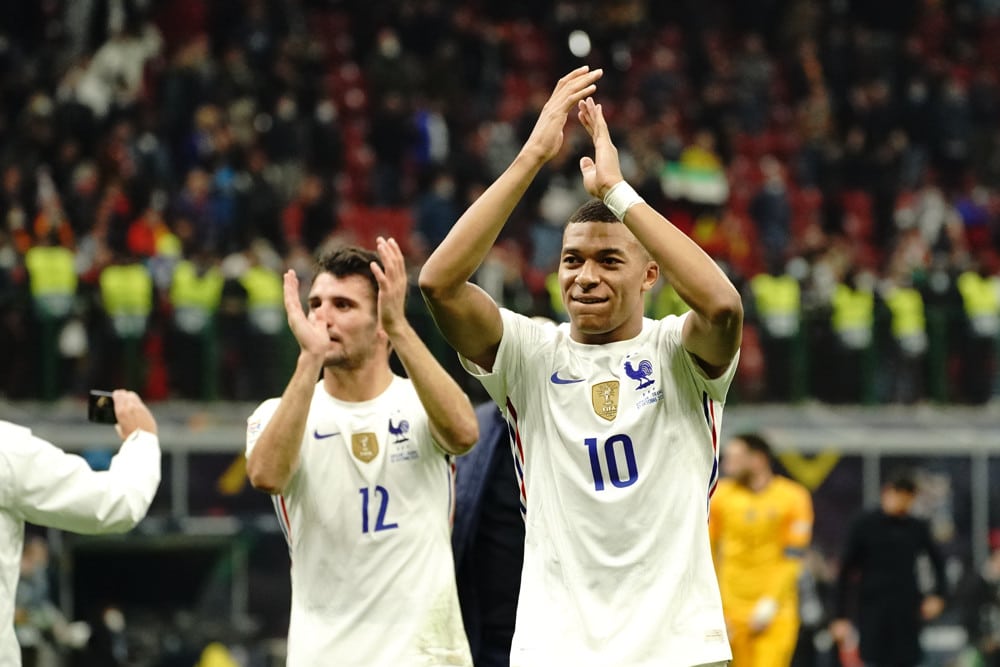 The first game of the 2022 World Cup will be played on Sunday, featuring the host nation Qatar versus Ecuador. Any bet placed on the winner of the 2022 Golden Ball coming from this opening game is probably unwise. However, this year’s tournament features plenty of teams loaded with world-class talent. Soccer is undoubtedly a team sport but each team has capable stars ready to set the tournament ablaze. The player leading their team on a run and creating magic moments will have a great chance at winning the Golden Ball trophy.

The World Cup has been hosted every four years since 1930 but it wasn’t until 1982 that they began awarding a Golden Ball to the tournament’s best overall individual player. Some of soccer’s all-time greats have won the Golden Ball, including Diego Maradona, Zinedine Zidane, and Lionel Messi. Often times it is awarded to a player on a team that does not actually win the World Cup. So if you’re considering a wager on the Golden Ball winner it’s worth noting that the 2018 Golden, Silver, and Bronze Ball winners will be on the pitch in Qatar. It’s also worth recognizing that an Argentinian or Brazilian player has won the Golden Ball trophy twice, respectively. Is it a coincidence that Brazil is your favorite to win at +350? Or that Argentina is only right behind them at +525? Here is the list of past Golden Ball winners since 1982.

So who will it be that claims the Golden Ball in Qatar? Will Father Time hinder 37-year-old Luka Modric from repeating his golden performance in Russia 2018? Could Lionel Messi claim his second Golden Ball as he dances for Argentina one last time? Or will the World Cup see a new young star snag the hardware in 2022? Here are a few players that I think merit consideration for a unit or two wagers from that bankroll of yours.

What isn’t to like about the little man? When he isn’t scoring a free kick golazo he is putting the ball on a platter for a teammate. His recent form at PSG hasn’t been the super-human type we are accustomed to but he will be surrounded by one of the strongest Argentina sides in quite some time in Qatar. I like Argentina to make a deep run and that means even more opportunity for Messi magic. If you’re going to make one bet on a Golden Ball winner for Qatar 2022 then this is probably the one to punch.

The Frenchman has been in fine form this season at PSG, scoring 12 goals and adding two assists. He’s also tallied seven goals in six matches in the Champions League.  With fantastic pace down the flank and a cannon for a right foot, he will almost certainly put on a show at some point in Qatar. If France can take care of business in the Group Stage then watch out for Kylian and Co. to make a deep run. At these odds to win the Golden Ball, Kylian Mbappe is definitely worth a wager.

the fact Mbappé carried a World Cup at 19 years old is crazy pic.twitter.com/lCeMkipYX9

I referenced Kevin De Bruyne as my Key Player to watch in an earlier preview of the 4 teams in Group F. He is definitely Belgium’s main creator in the midfield and he is as clinical a finisher as they come. With 9 assists in the Premier League this year, he is in fine form heading into Qatar. Belgium has what it takes to win the World Cup and if they are going to be the last team standing it will almost certainly have been because of this man. Kevin De Bruyne is more than a fair price here and could very well put some extra “De” niro in your pocket with a wager on him to win that Golden Ball.

As mentioned above, the Brazilian players are no strangers to winning a Golden Ball at the World Cup. Vinicius Junior plays with the flare and skill to be the tournament’s best overall individual player, just ask any Real Madrid supporter. And although he hasn’t necessarily been setting the world on fire while wearing the shirt for Brazil, his team is currently the betting favorite to win the tournament. Add all of this up and the dynamic attacker is worth taking a shot on to claim the Golden Ball.

Do you like long shots? Well then look no further than Lautaro Martinez. The Argentinian attacker is in fantastic form with Inter Milan this season, scoring seven goals and tallying 3 assists. He can create premium goal-scoring chances but will also be the beneficiary of some thanks to a certain magical teammate. Lautaro’s Argentinian pedigree paired with a world-class team and you might just look back wishing you had thrown a few more bets on this guy to claim the Golden Ball.