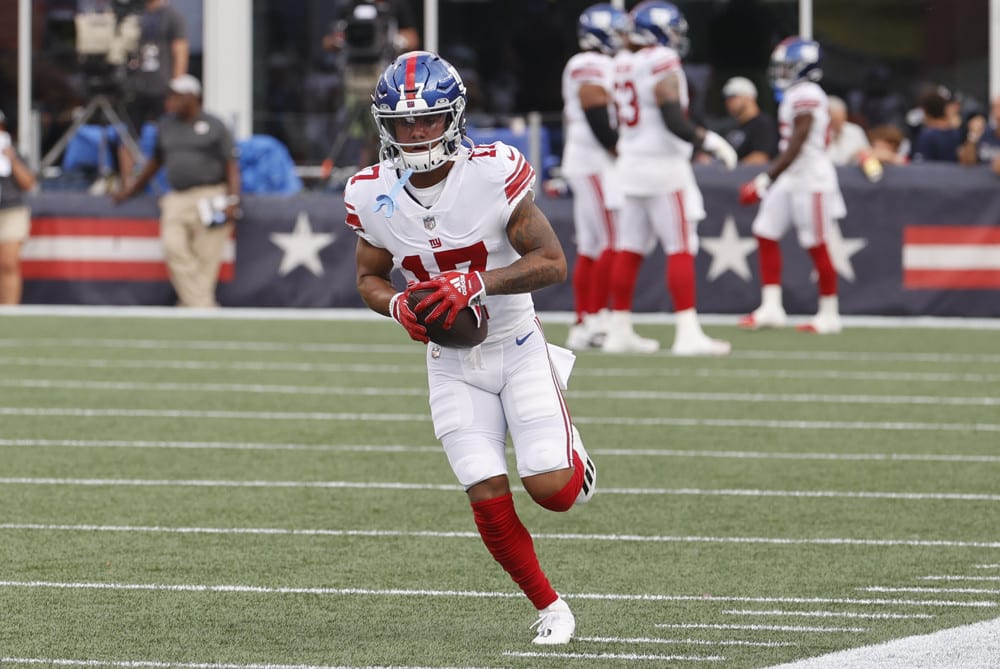 NFL Snap shares continue to be the drivers for projecting performance. Last week we discussed the increased snaps of Parris Campbell and Cam Sims along with recommendations to play Campbell and forget about Sims. Cam Sims went on to give you a 1 catch for 12 yards game and Campbell gave you 10 catches for 70 yards and a touchdown. This just continues to prove that the SGPN Fantasy Football team is here to help you win. So let’s get into the NFL Week 7 Snap Share Report.

The New York Jets hit the injury bug this week with the loss of Breece Hall, Corey Davis, and another offensive lineman. The situation will change there with the passing options. Two Wide Receivers saw an increase in snaps from Week 6 to 7 in Garrett Wilson and Braxton Berrios. With Wilson being owned in 70% of redraft leagues, Berrios (5%) is the likely option to be added. The Jets did bring in James Robinson who will likely see some target share as well. My projection is that with the offensive line issues the short passing game will be used more often which will lend itself to Berrios seeing more opportunities.

The Brian Robinson experience is not working out well for the Commanders as he has only managed to muster 3.37 yards per carry (YPC) on 46 attempts over 3 weeks of play. The opportunity is there but Gibson is showing explosiveness and upside in his opportunities. It appears that the Commanders realize this as he saw increased opportunities in the running game with 10 carries this week. Nonetheless, Gibson has been dropped in some leagues and you should monitor the waiver wire and reach out to Gibson’s owners to see if you can get him on the cheap. The coaching staff knows they need to keep Gibson more involved as shown by Coach Rivera here.

The New York Giants continue to win and their top option in the passing game seems to be Wan’Dale Robinson. Now that he has returned from injury he jumped from 23% to 69% snap share and from 16% to 28% target share. He is available in over 50% of redraft leagues and should be added.

We discussed the loss of Breece Hall for the New York Jets earlier. With the signing of James Robinson, Ty Johnson will likely remain relegated to the backup role. The question remains who will lead the backfield? We would do well to remember how well James Robinson played in the first 3 weeks of the season. It would lead us to believe the Jets will lean on him as the 1st and 2nd down option. Nonetheless, I would use this opportunity to sell James Robinson for a back with a clearer role or a Wide Receiver of note. Furthermore, with the offensive line concerns we discussed earlier, Robinson will likely not see many holes to hit.

While Melvin Gordon did see an increase from 16% to 51% of snaps, he was still very lackluster. With all that being said, he did lead the team in touches and snaps. In addition, with Mike Boone falling to injury Gordon is the better pass catcher and will likely see an increase in opportunities. You can likely acquire him on the cheap and I think he is worth the risk.

The Chicago Bears looked pretty good on Monday Night Football. The interesting thing is that Herbert and Montgomery almost split the carry share down the middle and the snap share was about 55 to 45. It appears the Bears see the benefit of giving Khalil Herbert touches as he seems to be more explosive. Surprisingly, Herbert is available in more than 50% of redraft leagues and is a must-add. He also has league-winning potential if Montgomery goes down again with an injury.

Tyler Conklin was a waiver wire darling in Week One and produced well for the first four weeks. The following two were serious disappointments with 1 catch for 16 yards in that time. He saw an uptick in snaps and targets after the loss of Hall and Davis in Week Seven too. With the opportunity up for grabs, we have seen him produce, he is worth another add.

Rhamondre Stevenson has been everything that we had hoped he would be at the beginning of the season. He has seen an increase in targets over the last 3 weeks and that is with the return of Damien Harris. As a result, he continues to have weekly flex appeal and is a must-start. You may have a slight buy window with the return of Harris and it should be explored.

Juju Smith-Schuster was cheap as cheap could be early in the season due to some disappointing performances. The thing people may not pay attention to is that he has garnered 8 targets in 5 of 7 games. I don’t know about you but 8 targets from Patrick Mahomes is pretty legitimate. The Chiefs are on bye this week and you may have a buy window if that team needs help this week. I would explore it.