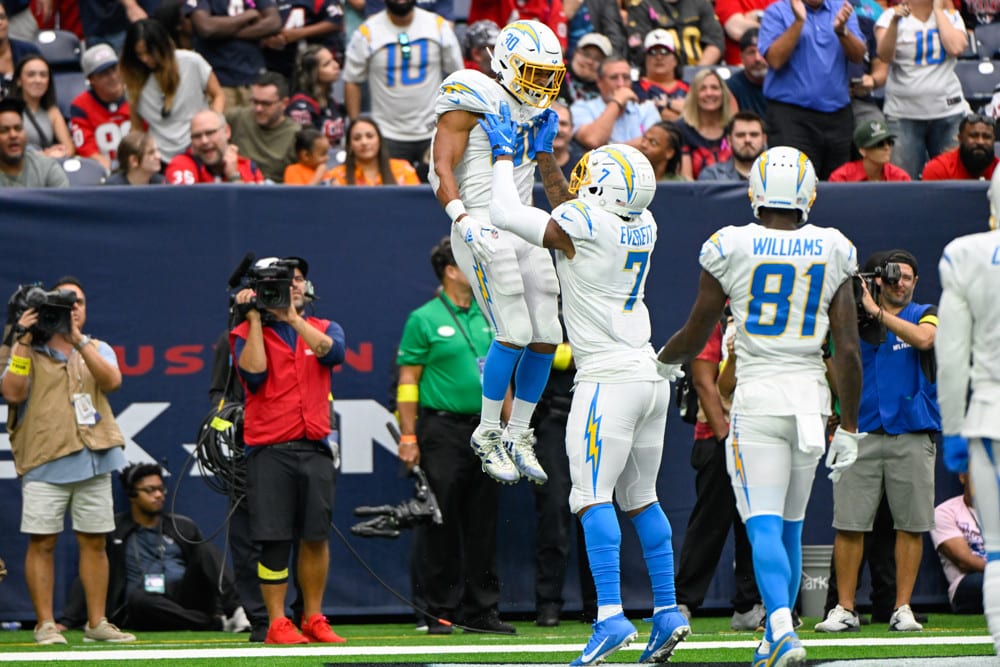 You can find us on Twitter @SGPNFantasy and on our Discord Channel because we’re always talking fantasy football. Our goal is to help you win each week and push your fantasy football team on a deep playoff run. Follow the link below to catch the Week 7 SGPN Fantasy Football Rankings Update.

Joe Burrow comes in as my #1 overall QB for Week 7. Burrow is coming off his best game of the season, and he’s getting another light matchup after a big week six performance. The Atlanta Falcons have allowed the 10th most fantasy points to the quarterback position, and I don’t anticipate they will slow down the Bengal’s offense or Burrow. Atlanta ranks 1st overall for most passing yards allowed and 2nd for most completions allowed. It’s another great spot for the Burrow and J’Marr Chase tandem; I have them both ranked #1 at their positions.

Atlanta allowed the 13th fewest fantasy points to the running back position, so there should be a little extra upside for the passing game. The Falcons’ offense ranks 7th in total points scored; their pace of play should push the game flow in favor of its fantasy options; look for a high-scoring matchup in Cincinnati on Sunday.

Ekeler enters Week 7 as my #1 RB in my fantasy football rankings. Austin Ekeler is on a crazy run of production, and he’s getting another easy matchup in Week 7 with the Seattle Seahawks. Seattle allows the 9th most fantasy points to the running back position. The Seahawk’s rushing defense is the worst in the league, as they’ve allowed the most rushing yards and third most rushing touchdowns. In the last three weeks, Ekeler has amassed 325 plus all-purpose yards, 20 plus catches, and six total touchdowns.

The Seattle offense has been surprisingly impressive as they rank 6th in total points scored in the NFL. This is another matchup where I expect plenty of scoring and fantasy points to go around. Ekeler, however, will be the top position player in this game. I like him to clear 150 all-purpose yards with a pair of touchdowns.

Austin Ekeler barrels his way through the Broncos defense for the touchdown 🔥pic.twitter.com/rOuwEF6lM2

Hopkins clocks in at #7 in my week seven fantasy football rankings. It’s his first appearance of the season, but he is healthy, conditioned, and ready to run for the Cardinals. Arizona lost Marquise Brown to injury in week six and James Conner in Week 5. Hopkins returns at a vital juncture for the Cardinals as they sit at 2-4. The passing offense has been respectable as the Cardinals rank 10th in the league, with Hopkins missing the first six weeks. The Cardinals’ passing offense accounts for 69% of the team’s total yardage; the passing game is there for Murray and the Cardinals; look for Hopkins to bounce back and make an immediate impact.

The Saints allow the 7th most fantasy points to the wide receiver position. To add insult to injury, the Saints’ secondary is filled with them, and I’m not referring to insults. New Orleans will be without Marshawn Lattimore in week 7, PJ Williams is on the IR, and Paulson Adebo is still questionable to suit up for Thursday Night Football. It’s going to be a long night for Bryce Thompson and Bradley Roby, I’m not honestly sure which will have to answer the call and try to guard Hopkins, but it won’t be easy; #10 will be out for blood in his first game back!

Route running can be an art and it sure looks like Deandre Hopkins intentionally slowed his momentum to get Stokes to bite and then accelerated for the huge catch. Masterful by D-Hop. pic.twitter.com/ZpmdQGXEIn

Tonyan is coming off a big performance in a key loss for the Green Bay Packers. He picked up ten catches on 12 targets for 90 receiving yards in Week 6. Tonyan is my #7 TE in my Week 7 fantasy football rankings. Tonyan ranks 3rd on his team in targets and LEADS the team in total receptions. The TE position is already off to its typical scoring volatility; Tonyan feels like a very safe play at a very uncertain position.

The Commanders aren’t a good matchup to the TE position as they rank 4th in the fewest fantasy points allowed to the TE position; however, I like Tonyan to score a touchdown this week or potentially even two. The commanders have a better rushing defense and should set up Green Bay pass catchers for a big Week 7.